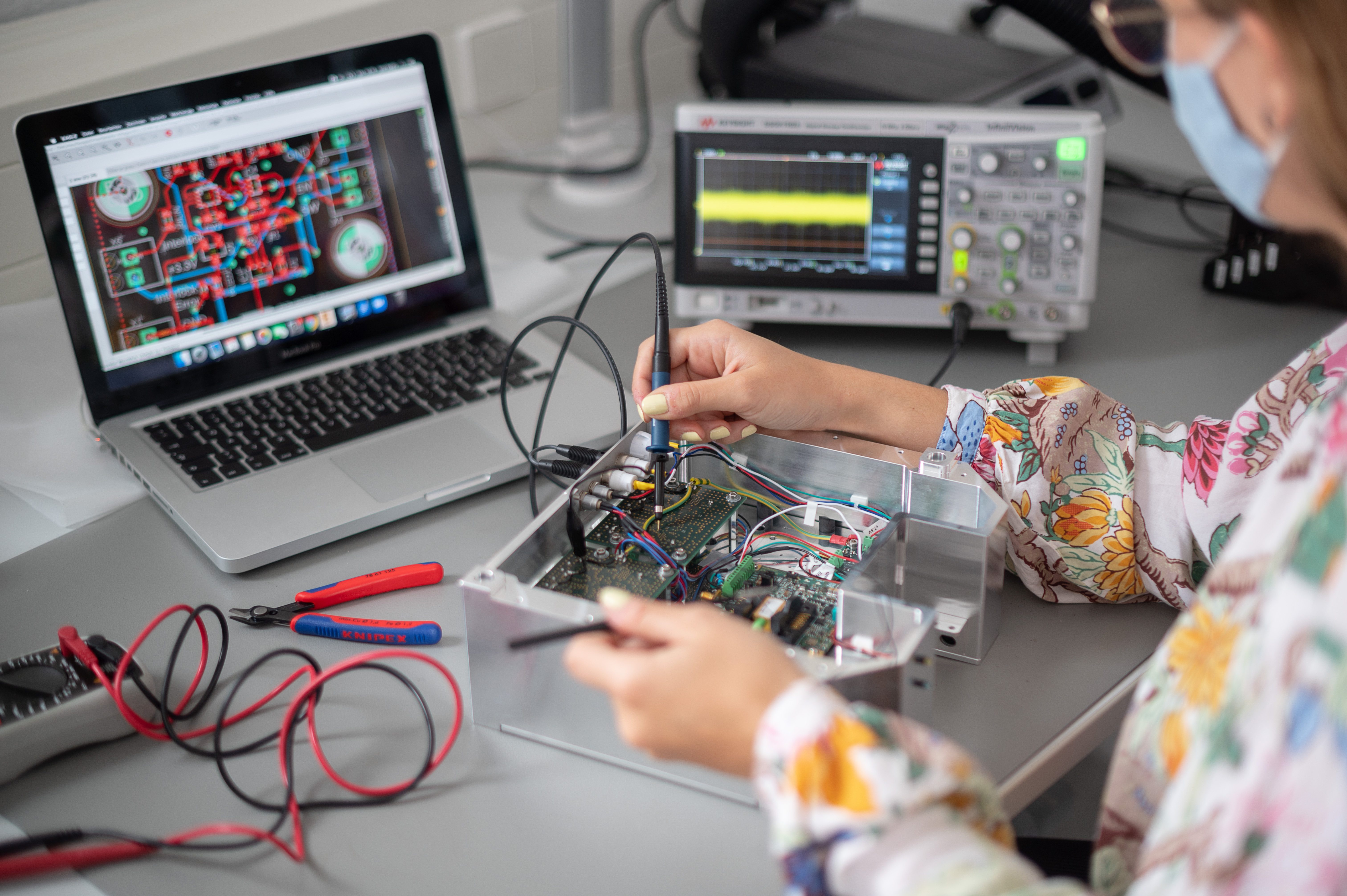 Taryn Andersen answers the phone from Paris, she has just arrived at a convention of investors in technology companies; She was in Salamanca a few days ago and in Berlin a few weeks ago, all for “business” reasons. Her rhythm of life does not stop. In 2017, Andersen, together with other investors, decided to create Impulse4women, a platform that connects companies led by women with potential investors from around the world. “We are like a business Tinder. The company uploads its profile to our platform and, if its project coincides with the interests of investors, we have a match”, she describes. Now this network aims to reach 1,500 investors with those of 11,000 companies specialized in innovation and technology from Africa, Europe, the United States and Latin America.

The Barcelonan, with 13 years of experience in private banking, recognizes the difficulty that women entrepreneurs have when it comes to obtaining financing to boost their ventures. “This is still a masculinized sector and we must learn to move within this dynamic to begin to position ourselves,” she says. According to data from the United Nations for Education, 33% of researchers in the world are women. Furthermore, if they decide to create their own companies, only 2% access investment capital.

“And the gap is made even worse when we have great female scientists and researchers who have no idea who to turn to and how to get funding.” For Andersen, a great scientific discovery does not have an impact on society without a good commercial that positions it in the market. For this reason, her work model consists of teaching entrepreneurs to know what the investor needs, that is, to put together a sales strategy. “The woman tends to be very cautious, she feels that she must have everything under control before launching herself and even she prefers to ask for less than she needs to ensure that she receives financing”. The investor and entrepreneur compares the different ways of doing business according to gender due to the influence of culture. “Society teaches men to take risks, now we want to teach them that they can also take risks,” she says.

For Andersen, investing with a gender lens makes it possible to identify the limitations of the system. Despite the fact that investment figures show a predilection of investors when it comes to working with companies led by men, research by the Harvard Business Review magazine shows that companies run by women or with equal management teams have an increase in their profits from five to 20%. According to the document, they accept changes better and are less exposed to danger. “This has to do with networking and venture capital. Investors choose to work with established companies, many of them led by men”. The certainty that the capitalized money will return to the hands of investors is essential when choosing one company or another. “We want to see our money back in three or five years and we need all the commitment of the team we have decided to bet on.”

a toast to the sun

Although the leadership indicators regarding the empowerment of women entrepreneurs and workers show an advance of 4% compared to the previous year, the truth is that the United Nations (UN) announced at the beginning of September that women are 140 years of achieving real participation in positions of power and decision-making. For the professor of Market Research, Ruth Mateos de Cabo, the main problem for them to go from occupying positions of power to exercising them is cooked within the executive committees of the companies. “We believe that having a woman in a position of power is fair, but if she is not listened to and if her decisions are not considered, there is no change.” Mateos calls this “the token”, that is, the female presence as a mere symbol to complete the parity quota.

Although the commitment of companies to issues related to gender equality increases every year, only 33% of the 2,682 companies in 117 countries analyzed have publicly reported the results of their actions, underlines the report The empowerment of women and business . Trends and opportunities 2022, prepared by the UN Global Compact and the Multilateral Investment Fund of the Inter-American Development Bank (IDB). “We must go from saying to doing. Let this not remain a toast to the sun”, claims Mateos, who, at the same time, maintains that the greater the presence of women in positions of power, the greater the possibilities of impacting business policies with a focus on equity, parity and sustainability. “When there are more than two on a board of directors, a miracle happens, because the decisions are balanced. Parity is also good business.”

From the glass ceiling to the sticky floor

When companies practice an inclusive business culture, the probability of achieving greater profitability and productivity is 63%, in addition to increasing the company’s ability to gauge consumer interest and demand, according to the report Beyond the glass ceiling of the International Labor Organization. For Nerea Bilbao, responsible for working with the private sector at Oxfam, it is important to look at business hierarchies, but also at middle management. “It seems that to occupy a leadership position it is necessary to put aside the personal life. This would not be a problem if home care did not fall solely on them”.

The covid-19 pandemic has exposed this reality. In 2020 alone, close to half of the businesses that went bankrupt were led by women. Of these, North America leads the highest rate with 14 points, followed by Latin America with 11 points and, with seven points, sub-Saharan Africa, according to the State of the World Small Business Report, of the World Bank, the Organization for Economic Cooperation and Development (OECD) and Facebook.

During her coordination work with financing projects for companies with female leadership in countries such as Burkina Faso, Senegal and Bolivia, Nerea Bilbao has identified the influence that both the glass ceiling and the sticky floor have on her professional life.

Bilbao underlines that the glass ceiling is the unwritten rules that prevent women from fully exercising their decision-making capacity; while the sticky floor, defines the coordinator, is the difficulty of moving from one step to the next. “If you leave work early because your children need you, it is seen as a lack of commitment. Men are also fathers, they are children, they are brothers and they are also part of a home.

The problem is that this responsibility does not fall on them”, claims Bilbao. In addition, she insists that demanding parity from the business hierarchies is an advance, but it does not always improve things for the rest of the women. “We can be part of the union and still impose macho business dynamics or replicate masculine behavior to be respected. The changes must also be felt in the bases, which are the vast majority” she concludes.