Why do the waves always go towards the beach? 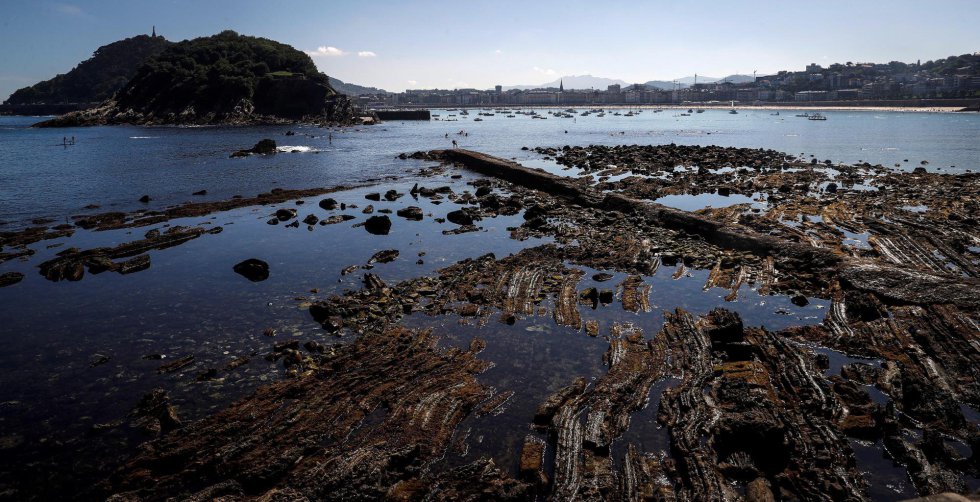 Waves can be generated by different mechanisms, but those that we see reaching the beach are generally wind waves. These are waves that travel along the surface of the water, whether in the ocean, the sea, lakes, rivers, etc.

To generate them, the wind transfers energy to the sea water: first small disturbances are formed on the surface that grow to give rise to larger waves. The size that the waves reach will depend on three components: that the wind has a sufficient intensity, that it blows for a sufficient time and that it also has a sufficiently wide path without interruptions.

On the coast, the land represents a limitation of the route for the winds that blow from the land towards the sea, so that, although the wind blows with the intensity and during the necessary time, it does not have enough route to form waves with a certain magnitude. . That is why the waves that we perceive breaking on the beach generally form offshore, sometimes at a considerable distance from the place where we see them.

In the open sea, in deeper areas, the waves do not have a predetermined direction because the wind that generates them has no physical barriers and can blow in all directions. But it is true that when we are on the beach it seems that they all come parallel to the coastline. This is due to a physical effect called refraction, which is due to the interaction of the waves with the bottom.

The speed of waves in shallow water depends on the depth. When the waves get closer to the coast, from a certain depth it is said that the waves “begin to feel the bottom” and the speed is reduced due to friction. When they arrive at a certain angle to the shore, the part closer to the shore has a lower speed (because there is less depth), but at the same time, the part of the wave farthest from the bottom continues to travel at a higher speed. Since one part moves faster than another, it is as if the wave were turning, and therefore it ends up moving almost parallel to the coastline, or the beach line if you are looking at it from there. This is so in general terms, because the effect of refraction on the wave is influenced by how the bottom surface is, which is what we call bathymetry.

On the beach we also perceive how the waves increase in height before breaking. This is another effect of its approach to the coast. Wave energy has two components: kinetic energy, which depends on speed, and potential energy, which depends on height. In deeper waters, most of the energy is in the form of kinetic energy, but when approaching the coast, the waves lose speed when they feel the bottom, that is, their kinetic energy decreases and is transferred to potential energy, which makes to increase the height of the waves, which finally end up collapsing and breaking on the beach, where they release their energy.

Luz María García García is a doctor in Applied Mathematics and director and researcher at the Oceanographic Center of A Coruña (IEO-CSIC).

We respond is a weekly scientific consultancy, sponsored by the Dr. Antoni Esteve Foundation and the L’Oréal-Unesco ‘For Women in Science’ program, which answers readers’ questions about science and technology. They are scientists and technologists, members of AMIT (Association of Women Researchers and Technologists), who answer these questions. Send your questions to us at [email protected] or via Twitter #nosotrasrespondemos.