“We are from Christian Dior and we want 900 plates”: the mail that changed the life of a modest ceramic firm from Cordoba 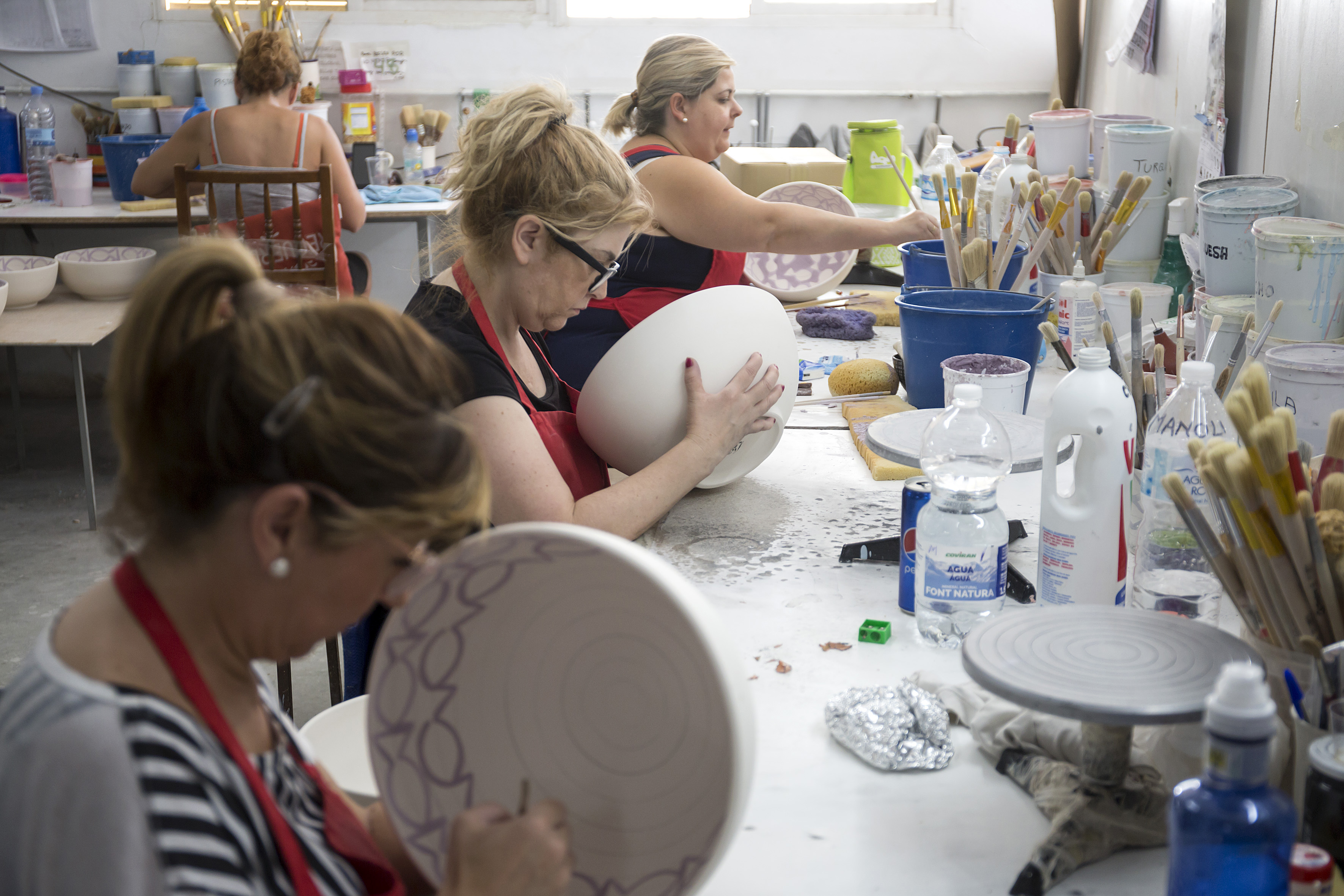 Last spring an email arrived at the company from Cordoba, Cerámicas Iván Ros. It was an urgent order for 900 dishes that, in the height of the high season, they could barely afford and let it go. Days later his potential client insisted. “He explained to us well who they were and what they wanted. We decided to read the first message more calmly,” says Iván Figueroa, 42, owner of the company. The sender was Christian Dior and his order was destined for the historic parade that the French firm held in Seville in mid-June. The collaboration closed successfully and now they have become official suppliers of Dior while calls continue to arrive with new requests from half the world. With a staff of 32 people, they expect to reach a turnover of almost one million this year, almost triple that before the pandemic.

Figueroa was born in La Rambla (Córdoba, 7,515 inhabitants), a municipality historically linked to ceramics. Its streets are dotted with mud-related businesses and a huge jug —a local symbol— presides over one of the access roundabouts. He learned to mold clay when he was nine years old, as reflected in a photograph that he proudly displays in his offices. “I was always the youngest in the family and I loved this. When I finished EGB I didn’t think about it and started working in the family business”, recalls the entrepreneur. It was Cerámicas Maricruz, which closed in 2009 when his father retired. That same year Figueroa founded Cerámicas Iván Ros together with his wife, Rosario Cabello. He did it with one eye on the past and the other on the future: “Things had to be changed to have more contemporary ceramics and look forward,” he says. “We do not lose the good local customs and continue to use the clay of the people, but we are different,” insists he who has created an R & D department to gain competitiveness with unique products.

From his mind and his more than three decades of experience come the chemical mixtures of the colors of the enamels, adapted to the consumption of food on his pieces or that they withstand the dishwasher. The businessman also devised the one that has meant the definitive revolution of his firm a decade after his birth. He did it during the pandemic. First in confinement, while he saw how the orders already placed were left hanging in the warehouse. Later, when travel restrictions forced many of his clients, specialized in tourism, to close. “We couldn’t go on like this. And I thought that in La Rambla we have always been closed in on ourselves, that it was time to open up to the world”, he explains. He allied himself with the Cordoba digital marketing company Dobbus and launched an online store, the first on La Rambla. His growth since then “has been brutal.” They have gone from billing 360,000 euros in 2019 to 605,000 in 2021. This year they expect to approach one million euros.

The call from Christian Dior has been the last straw to secure the new business model. Companies such as Cervezas Alhambra or Inditex have already shown interest in their collections, as has the haute cuisine sector. Its main export markets are the United States, Greece, France and the Netherlands, although they receive orders from the Philippines, South Korea, Mexico and Iceland. The requests are more than varied, but one of the pieces that sells the most is also his creation: a jug with an ice bucket function that Figueroa himself has designed and patented. “It went on the market in the spring of 2021 and the success is brutal,” he says, satisfied with having managed to bring the ceramic object that his town made known to the 21st century.

The three-storey building —full of fans, this is the Cordovan countryside— that houses the main facilities of this pottery is a small living museum of ceramics. In the lowest, an army of women decorate by hand, one by one, hundreds of pieces a day. They do it with skill, agility and current designs to complete collections that are only offered here. Around him are colleagues modeling, bathing, drying, baking or packaging the production. In the middle are the offices and on the upper level there is a warehouse with hundreds of objects from the company’s catalogue, undecorated, waiting for orders to arrive. The company has about 230 different pieces that can be decorated in a hundred different ways in a palette of about six colors. “It would be impossible to save just one of each. There are thousands of references”, explains Figueroa, who keeps the numbering of each design in his head and who has organized production so that almost any request can be attended to within 24 hours. Even Dior’s.