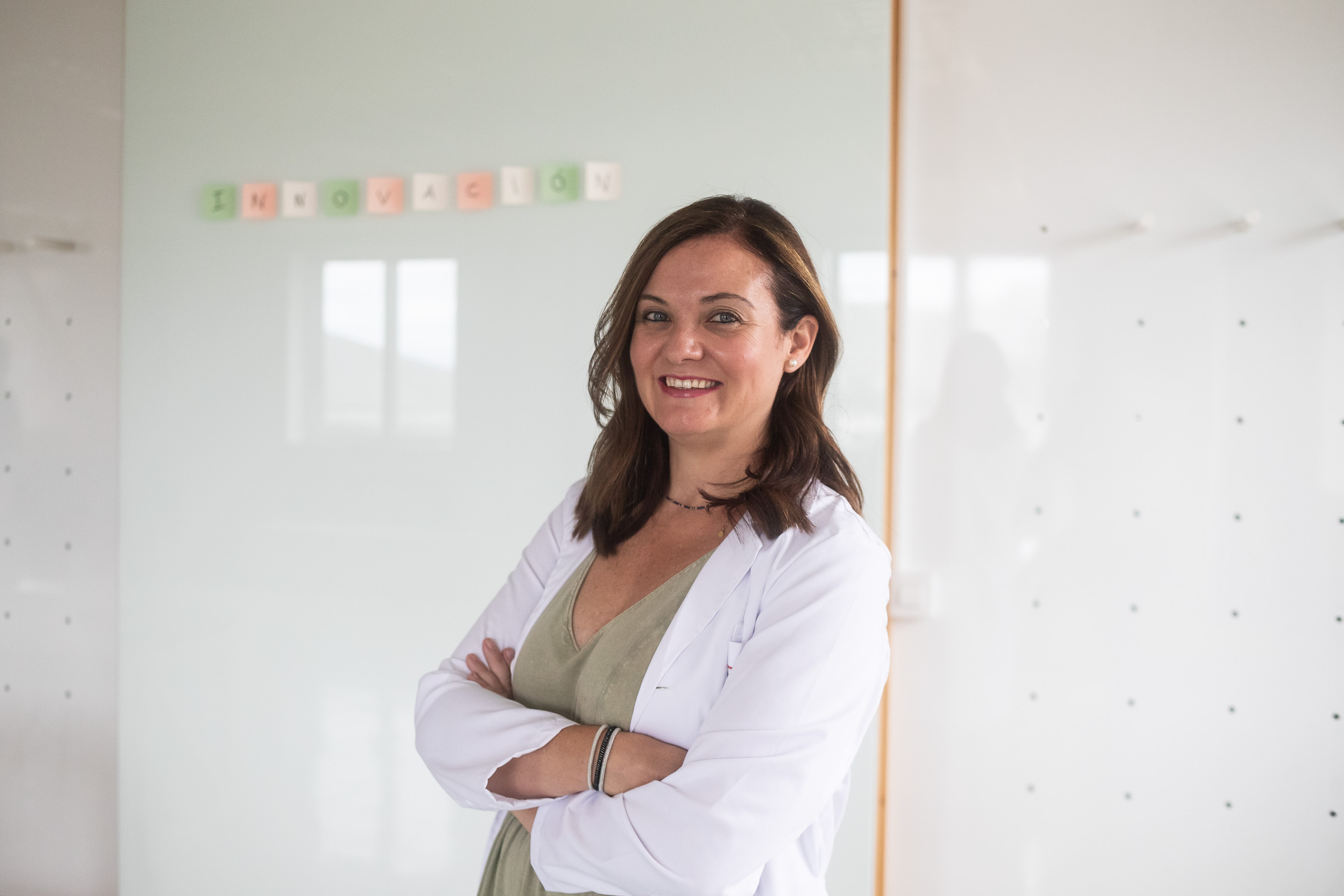 There is no small enemy. Not even if it measures a thousandth of a millimeter, like bacteria. These tiny microorganisms that have inhabited the Earth for thousands of years and are counted by millions around us, keep the world on edge. Specifically, those bacteria resistant to antibiotics designed to combat them and that leave infected patients at the feet of horses, with no therapeutic alternative. A study calculated that around 1.2 million people die each year in the world due to antimicrobial resistance.

The microbiologist María del Mar Tomás (Granada, 46 years old), has spent three decades trying to unravel the resistance mechanisms of bacteria and how to combat them. As head of the Translational and Multidisciplinary Microbiology group at the Biomedical Research Institute of A Coruña (Inibic), she directs several lines of research with a promising alternative to tackle this health problem: the use of bacteriophage viruses (phage therapy) to attack bacteria and resensitize them to antibiotics.

“There is hope”, says this researcher Miguel Servet from Inibic optimistically. A virus got us into the covid pandemic and other viruses may be the ones that get us out of the next great health crisis that lies in wait.

His team has just received a grant to also investigate the use of the CRISPR-Cas technique, a kind of molecular scissors present in the DNA of bacteria to defend themselves against viruses that attack them by cutting the DNA of the invaders. The scientific community has already endorsed that scissors outside of bacteria and is capable of copying and pasting genetic material into any cell, but Tomás’ team goes back to the beginning, to its role as part of the bacteria’s defensive wall, to learn how to neutralize it and facilitate the attack of phages.

Ask. Superbugs, how much do you have to fear them?

Response. Well, we are facing a big problem. In fact, it is thought that, after covid, they could be the next pandemic that will affect us between now and 2050 because bacteria are evolving, they are adapting in all environments.

Q. Where are they?

Q. Whose fault is it? Why has this happened?

R. One of the culprits has been the excessive use of antibiotics, but it is not the only cause. It is also globalization: we live in a world where a resistant bacterium that is in Italy or India can perfectly reach Spain, because we are in a world without borders. Climate change is also likely to play a role. It is multifactorial.

Q. Does the antibiotic stockpile that exists right now have an expiration date?

A. We are already having patients who are very desperate because there is no treatment for their infections. The objective is to create a center specialized in the treatment of resistant bacteria that are accredited to use innovative therapies that may be effective against this resistant bacteria.

Q. What alternatives are there?

Q. How do phages work?

A. Phages are viruses that lyse [matan] bacteria have the ability to kill them. And they have advantages over antibiotics because they are very specific and will act specifically against the bacteria that cause the infection, while the antibiotic does a more general sweep of all the flora that may be in that location.

“Resistant bacteria may be the next pandemic”

Q. Where are the phages?

A. Everywhere. In the environment, there are more phages than bacteria. It has been seen that there are ten times as many. There are many research groups in Spain dedicated to hunting them in different environments in order to use them for therapeutic purposes or as biotechnological tools.

Q. And how is that hunt going?

R. Better and better because there are more good research groups and there are more generalized banks of phages. Phages were no longer used due to the arrival of antibiotics and research was stopped, but now they have resurfaced and it has been seen that they can help us: they sensitize the bacteria to antibiotics.

Q. Are phages already being used in clinical practice?

R. In veterinary there are phages already commercialized, patented, phage cocktails that are used in certain fields. At a clinical level, in the United States they are very advanced and use it as compassionate medicine, and at a European level, regulation is already beginning, especially in Belgium with very powerful groups, to develop magisterial formulas of phages for personalized use in certain cases of patients in whom no There is another treatment.

A. They could work alone, but making a cocktail of phages personalized to a specific bacterium responsible for an infection in combination with an antibiotic is the ideal thing to treat certain cases. What the phages do is act against these molecular targets of the resistance mechanisms where the antibiotic acts: they act on that target, allow the antibiotic to enter and prevent it from leaving.

P. If each phage is used for a bacterium, it is a highly personalized medicine. Is it a very expensive therapy?

A. It is not very expensive. Once you have the preselected phage bank, if you make the right cocktails, phage production is really not an expensive process. The bad thing about phages is that they can’t be patented. That is why companies are not going to be in favor, unless they patent a certain cocktail. But since there are millions of phages, millions of cocktails can be made and since they are very specific to bacteria, there is always going to be a more effective cocktail.

R. It is the governments, the health institutions, that are opening calls to innovate in new treatments. In companies [privadas] powerful ones, there has been no interest in this type of therapy because it is difficult to patent it.

Q. Is there no interest in developing more antibiotics?

A. Only two antibiotics have been developed in the last 20 years. What is being done is modifications of previous antibiotics, but not new ones. The bacteria know the antibiotics already and in the end, it ends up becoming resistant to those modifications. We need to know these new mechanisms to really develop new therapies.

P. But is there room for the development of new antibiotics or has the ceiling been reached?

R. The investigation will always arise. In fact, the research that we have been granted on CRISPR-Cas is also going [dirigida a] for new treatments that modulate CRISPR-Cas to favor the entry of the phage: what we want is to modulate CRISPR, which is an immune system of the bacteria against the phage, so that the bacteria do not defend themselves and the phage enter better.

Q. What can CRISPR be used for in this context?

A. In infectious diseases it is a revolution, first, as a biotechnological tool for the diagnosis of infectious diseases: CRISPR-Cas, as it is a technique that allows DNA or RNA to be cut, allows us to develop rapid diagnostic techniques —in 20 minutes, half an hour…—and cheap. Why? Because if you have a clinical sample that has your bacteria and you put a test strip that has the CRISPR, if it has that bacteria, the CRISPR cuts it, it emits fluorescence and we detect that fluorescence in a cheap, simple, sensitive and specific way. It’s like the new diagnostic PCR.

The second part is that, in this phage therapy, when we administer the treatment with the phages and with antibiotics, the bacteria do not stand still, they evolve or have their own mechanisms to defend themselves against that phage. One is CRISPR and that CRISPR evolution of the bacterium is very important to analyze because depending on how it evolves, we can also develop molecules that inhibit that development. and the third block [de la investigación] is to use molecules that modulate that CRISPR of the bacteria so that the treatment favors us.

Bacteriophage viruses can help us to resensitize bacteria to antibiotics”.

Q. It seems like an endless cat and mouse race.

Q. Has the covid health crisis accelerated the rise of superbugs?

R. We microbiologists have experienced a very stressful situation. It is likely that at that time we could not detect all the resistant bacteria that were there because saving lives was a priority. The second point that may have accelerated antimicrobial resistance is an increase in patients in the ICU: the patients who have more doses of broad-spectrum antibiotics are those in the ICU and it is likely that the use of antibiotics in these patients increased and that favored the increase in clones at risk [bacterias resistentes a todo y que ya están distribuida].

Q. Can we ever see a world without antibiotics, like in the Middle Ages, where a knee injury can kill you?

R. I confess that if you ask me four years ago, I would say yes. Now I see hope. with the phages. For now these cases that are being seen [de pacientes tratados con fagos] they are punctual because it is personalized medicine, but if protocols, training and accredited groups are created, we can reach more patients.

Q. These are friendly viruses.

A. In principle, in phage therapy, all those used are lytic phages, which means that they go and lyse the bacteria. And clinical trials have been carried out in which it is seen that they do not cause alterations because they are very specific, they go for the bacteria responsible for the infection, they are not going to do anything to the rest and are subsequently eliminated, they are secreted.

No trace of what killed Luis Lorenzo's aunt: the "incriminating" powders were salt, sugar and bicarbonate