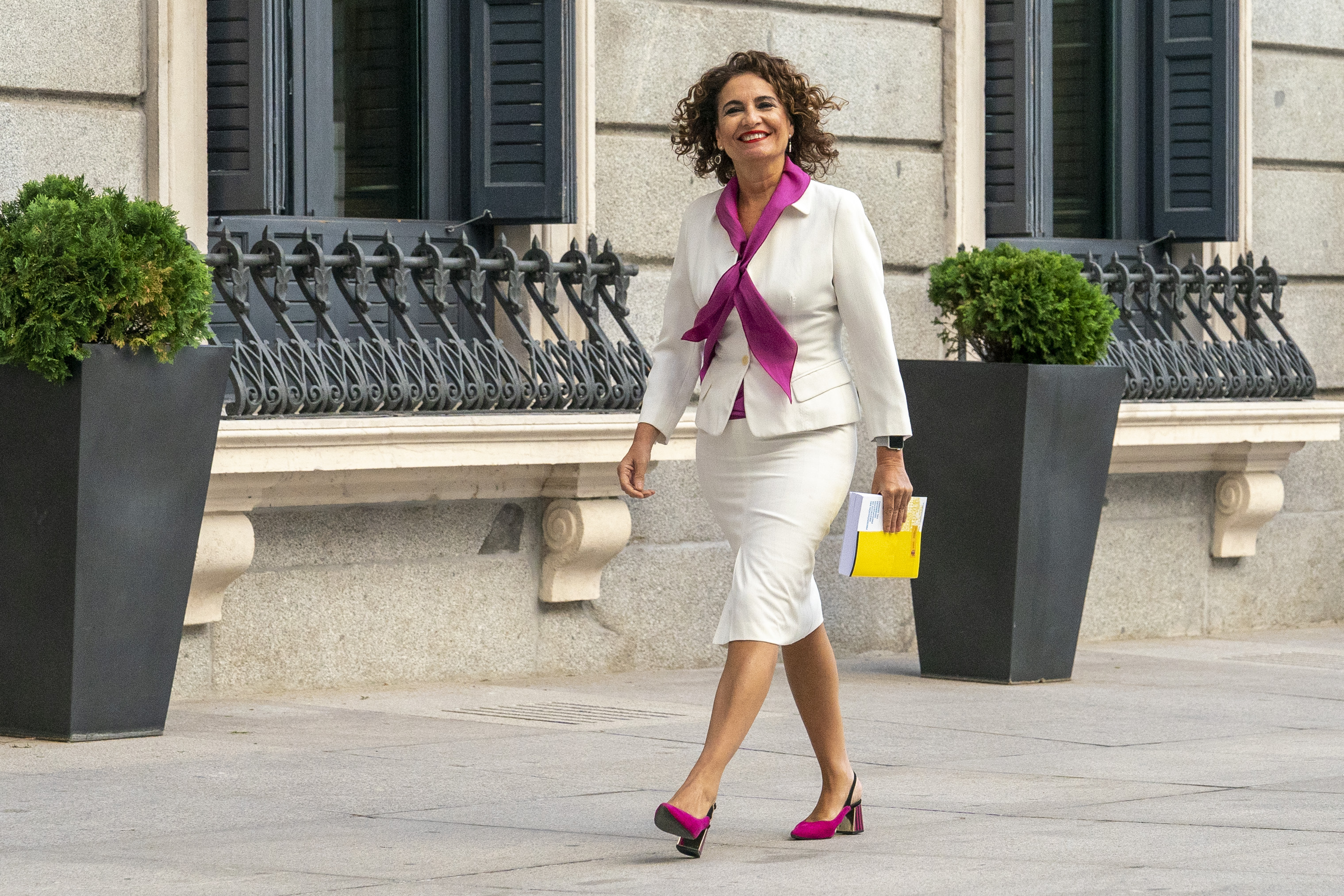 Crisis is, most likely, the word of the century. There are two major crises of capitalism in just 20 twenty years, unprecedented, and we are in the midst of a war that will probably lead Europe —and perhaps Spain— to a third crisis shortly, although, in principle, less serious than previous. This means that the crisis is no longer a transitory stage and a vague way of speaking: it tends to consolidate, we are going to have to live with this mixture of instability and uncertainty for a long time. Politics was the way Western societies came to try to tame uncertainty; politics, today, is plain and simple crisis management. And beyond the concatenation of announcements that governments above and below the Pyrenees are accustomed to, the Budgets are the masterpiece, the vault key of the task of the executive power: “Tell me what your Budget is and I will tell you what is your political priority”, they usually say in Brussels. One year before the elections, Pedro Sánchez’s priority is to win the elections. For this it is essential that he succeeds with these Budgets. Let’s see if he’s right.

Slight expansion. The public accounts for 2023 are slightly expansive, with some raucous items —and high political voltage— clearly expansive. In silver: some chapters are explained by the fact that there are only months left for the elections; others could have gone further (“less than five contradictions is dogmatism”, says the poet). Slight expansion, in short: the opposite would be political nonsense, due to the proximity of the next regional, municipal and general elections, and probably a bad economic decision; Spain has not recovered its pre-crisis level of GDP, it has a lot of European funds to spend and at the moment the fiscal rules are suspended. The big figures (growth, unemployment, collection) may seem optimistic, but they fall within what is acceptable. Sánchez could have been bolder and present accounts with a more countercyclical component, but in the end, nobody knows what the winter is going to be like (you would have to ask Putin), and an additional stimulus package may be necessary. The Executive leaves some margin in case the flies. The most doomsayers asked him to be more austere, reduce more deficit and debt, not raise pensions with inflation. Patent leather words: everyone knows exactly what to do, but the difficult thing is to win the elections afterwards. And the Budgets have the ballot boxes engraved on fire. Like is logic. From the investment record to the distribution by communities, almost everything obeys that logic. Even more so when it rains a lot out there, with Germany on the way to recession.

Make the sphinx. First rule of modern politics: the important thing is to win the elections. Second rule: make them sad and then make them happy; never say yes at first, or create a problem that you can fix. The great problem of this Government and of the majority of European Executives is the loss of purchasing power of the middle and lower classes due to runaway inflation. To combat that, Sánchez has been putting patches throughout these months. The Government is now fortifying these patches with a formidable reinforcement of the social shield: free transport, more unemployment benefits, benefits for children and extension of aid to lower the energy bill. The Executive had been approving measures that perhaps lacked finesse, but that had to be put in place due to the devastating consequences of the war. And a bit of comparative literature doesn’t hurt: the rest of Europe has done more or less the same. For those who complain about the rise in pensions (8.5%) you have to see what the IMF has done: raise them by 9% for their retirees. For those who complain about the increase in salaries of civil servants (3.5%) you can look again at the IMF: 3% increase in its personnel. Would it have been preferable not to raise the maximum pensions, for example? It is very possible, but then you have to remember the first rule: you have to win the elections. With the recent shock in the United Kingdom and with the fear in the body that the victory of post-fascism in Italy has left, the move was to move just enough so as not to appear in the photo: the Spanish deficit is reduced, the debt falls and there are no figures that squeak except perhaps pensions. There was room to do more, but Spain knows well the consequences of going wrong in the photo. Ask Zapatero. Or the Rajoy who just arrived in 2012. The great trick of the Italians is that there is always someone who comes out worse than them: this time Spain avoids that scenario.

The doomsayers. The Minister of Finance made a reference this Thursday in her presentation to “the doomsayers” who see clouds on the horizon. But beware, the option of Spain doing poorly is there: the labor market has worked better than in previous crises, there are European funds to spend and energy dependence is less than in other countries, but Spain’s fiscal situation is delicate. When the tide goes out, the structural deficit will be 4% of GDP, and the public debt will be much higher than 100% of GDP. The pessimists would have preferred more selective measures: it is necessary to redistribute and it is necessary to signal incentives to reduce energy consumption, and it is not clear that the packages approved by the Government are fine enough. Manca finezza, they tell us over and over again with that ulcer plague tone.

Felipe González said that we are going towards an Italian Parliament “but without Italians to manage it”. The same Italians who have voted for a post-fascist, or neo-fascist, or whatever Giorgia Meloni is. The same is better with a sphinx budget, or a mid-pensioner, or just a slightly expansive one, but for once it doesn’t take Spain out of the picture at all badly. With finesse or without it.