Walk of Real Madrid towards the final 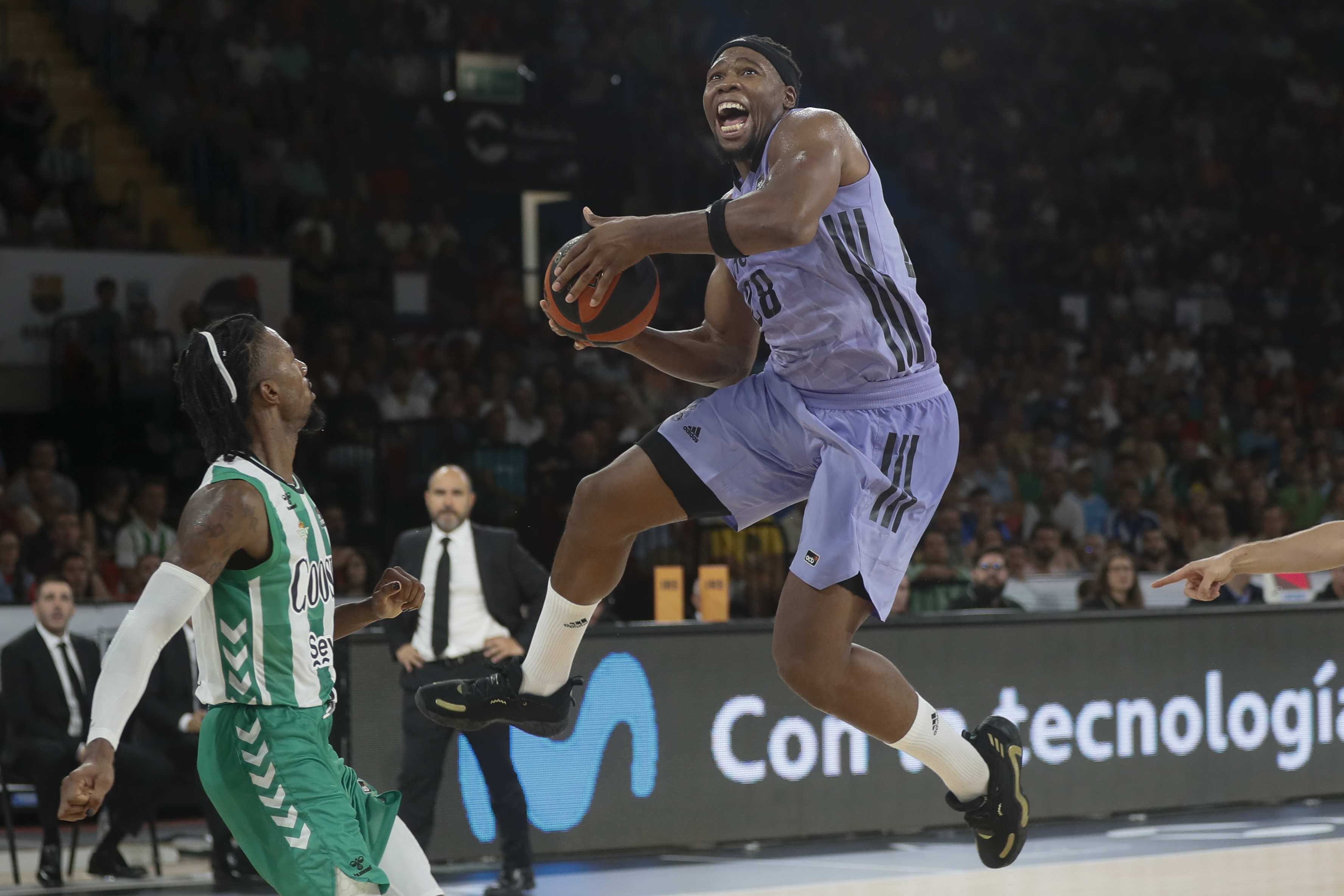 Chus Mateo’s Real Madrid already has its first final and it will be a Clasico against Barcelona. All the pieces that they have brought this summer still need to be put together well, but a couple of blows were enough for the white team to disarm a Betis that barely stood up in the semifinal of the ACB Super Cup (69-100) held in his house, in the San Pablo Municipal Palace. Madrid will play their fifth consecutive Super Cup final, a new all-time record, and they will do so against the Catalans, against whom they have met eight times, with a record of six wins and two losses. In Mateo’s official debut as head coach, his team showed that they maintained the strengths that took them to the top last year with Laso, with a game in the paint unparalleled in Europe, but there is still work to be done to solve the problems that the team, especially in the outside shot.

With Deck, Yabusele, and especially Tavares, Madrid knows they are a colossus in the paint. Mateo’s idea is for his team to play at a very high pace that suffocates his rivals. The arrivals of Hezonja and Musa multiply the Whites’ offensive repertoire, but they still need to adapt to the sometimes stony style of their team. Meanwhile, Tavares continues to be Madrid’s philosopher’s stone, despite the fact that the Cape Verdean was not successful in scoring. Of course, he left the pavilion with four blocks. Evans, the most combative of the Verdiblancos, ended up on the ground as if a truck had run over him after one of the pivot’s caps.

Betis held on with options in the game thanks to a great success in the outside shot (5 of 7 in the first quarter). But when the inspiration began to falter, they were diluted like a sugar cube, even more so because they did not have a single option to go to the free throw line in the entire first half. Madrid was ahead at the break but Casimiro’s men did not let them distance themselves on the scoreboard, no matter how many bites Yabusele and Deck made. Sergio Rodríguez and Musa left flashes during the first part of what could be an incalculable partnership, although the outside success was still very precarious (2 of 12).

The 35-42 break kept the game open, but Madrid blew it up in the third quarter when the triples finally started to come in. Madrid flew with a Yabusele full of confidence after his great Eurobasket, and a Deck as forceful as it was timely. They were joined by a Musa who had rested during the second act and came out assuming responsibility for leading the attacks. Betis could not find the paths and Madrid distanced itself more and more. +10, +12, +15, +20… The Whites doubled their rival in scoring in the third quarter (13-26, 48-68 on the scoreboard).

Mateo’s men reached cruising speed, with Chacho becoming more and more engaged. The point guard was penalized for his numerous losses (5), but it is an acceptable risk for his team, which enjoys like no other every time he can run. Meanwhile, Musa to his own, growing more and more in the game. The Bosnian, called to be one of the team’s heavyweights, took off with 21 points, 7 assists and a PIR of 33, the game’s top scorer and assistant.