Waiters: “Without inspections, this agreement is useless” 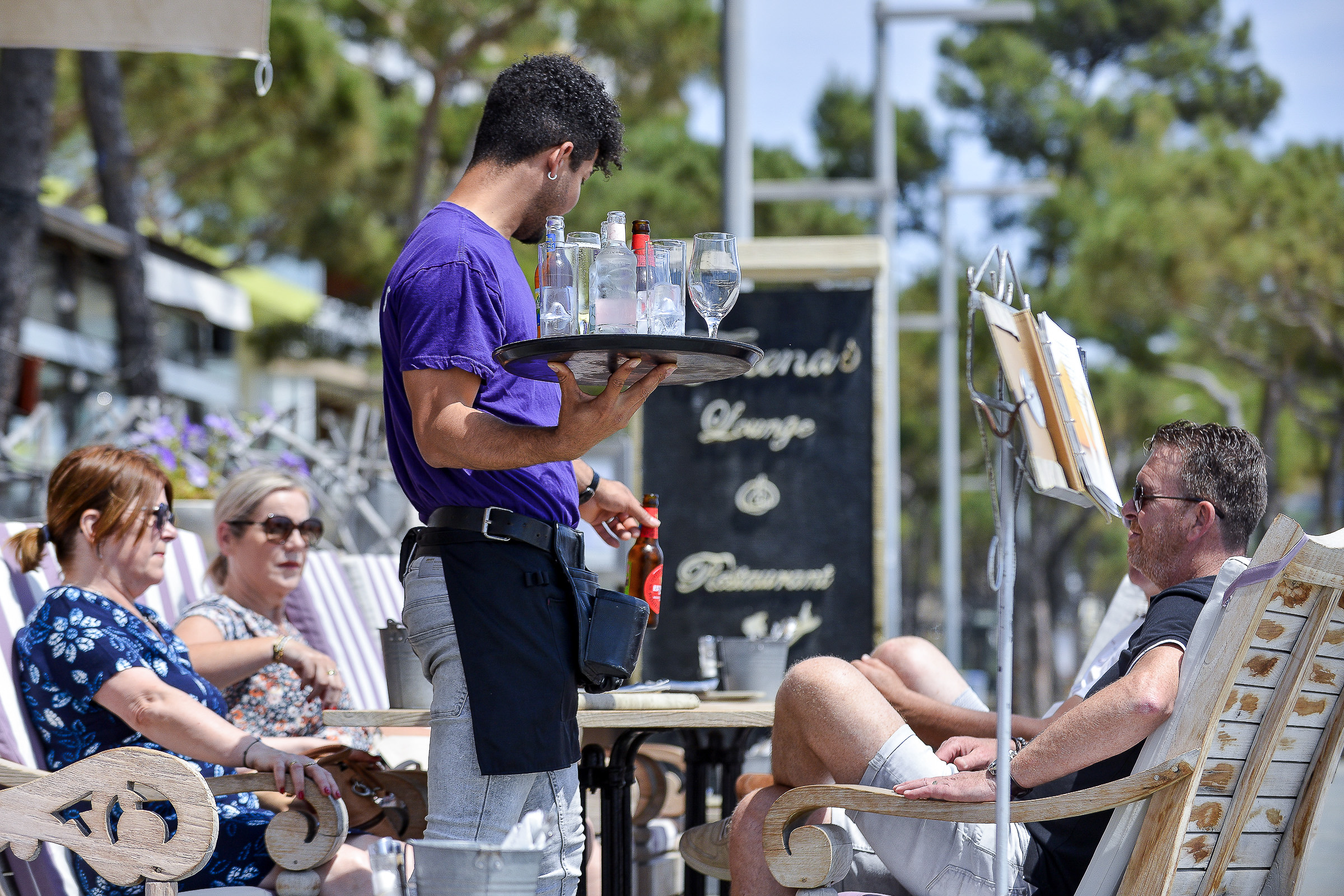 This summer has shown the seams of the restoration sector in Catalonia, especially in tourist areas. In full recovery after the pandemic, and in the face of an increase in activity, companies in the sector have found themselves with a general lack of workers who, tired of working conditions in bars and restaurants, have migrated to other professions. The fact that the Catalan hospitality agreement had been frozen since 2019 was not the main problem, since the one that had been out of date was not being complied with either. On Tuesday, UGT and the Confecat employers signed the renewal of the agreement, with a salary increase of 4% this year (about 50 euros per month), 3% in 2023, and 2% the following, in addition to shielding various labor rights . The CC OO union refused to sign it because the pact did not include the equalization of salary supplements for chambermaids in the provinces of Girona and Tarragona with respect to their colleagues in Barcelona and Lleida. However, the agreement will continue and will apply to any worker in the sector. But the reality of these companies, most of them very small and without union representation, means that many workers have received the news with skepticism, and that they ask for more labor inspectors to ensure that the norm is complied with.

The hospitality agreement had been under negotiation for nine months to adapt labor relations to the return to normality that the recovery after the pandemic has meant. Finally, he did not get the unanimity that was expected. UGT, with eight representatives, signed the new pact with the employers, while CC OO, with seven, rejected it. The agreement continues and will be approved when the legal procedures are completed. It will give the right to judicial protection in the event that it is not complied with for the more than 200,000 workers in the sector, and in all companies, whether or not they have union representation made up of company committees (in centers with more than 50 workers) or delegates of workers (in centers with more than six workers). “The problem in this sector is that it comes from a culture of exploitation so great that it is reasonable for people to have doubts about whether the companies are going to comply with it, but the agreement gives rights to all workers,” explains Ramón González, secretary general of the federation of CC OO services in Catalonia. “The guarantees that it is fulfilled are the same as before, the employers have to force their members to comply with it,” says Igor Abascal, his counterpart at UGT in Catalonia. “The problem is that, as in many of the companies, there is no legal representation, there is no one to monitor, and there are times that they have been asking us if it was normal to have salaries that were still related to the salary tables of 2016. There they also have a lot of responsibility. agencies”, he adds.

Many of the waiters and cooks of restaurants, bars and hotels, or the chambermaids of the hotels, remain skeptical. Asked about some aspects that this new agreement improves, they are clear: “As long as there are no continuous inspections that scare businessmen, the new agreement is not going to be of any use, this is the West, they do what they want,” says Albert, who has been working in a bar that serves meals in the heart of the Costa Brava for more than 15 years. In Catalonia there are 111 labor inspectors that depend on the Generalitat and 47 that depend on the State. On whether the agreed salary increase will have a translation in his company, he laughs: “In nine years they haven’t raised a single euro.”

The new agreement provides for several improvements. On the one hand, the salary, with an increase of 9% in four years, which comes after two years of frozen salary tables. “We have pushed to the maximum, but this has been the limit. People wanted it to be updated now because after years of freezing, they need to start charging more, and in the end we have achieved that 4% for this year”, explains Abascal. “It was unrealistic to think that we would raise wages at the same rate as inflation, but a rise of only 4% and without review clauses, after two years of freezing… We did not agree,” says González, from CC OO. This union voted against the agreement, above all for another reason: that of salary supplements for housekeepers in hotels. “Our minimums happened because in Girona and Tarragona the complements were equated to their colleagues in Barcelona. It makes no sense for a person who works in Malgrat de Mar to charge a plus and another who works 30 kilometers to the north does not. We are talking about a plus of 10 or 12 euros, but there has been no room for negotiation, there was no will to do it, and that has led us to say no”, he abounds.

Another of the improvements proposed by the pact with the employer is access to partial retirement, which becomes a worker’s right. “Until now, you had to agree with the company, but now someone who meets the requirements can do it. That will help rejuvenate the templates”, explains Abascal. The agreement also includes the equalization of de facto couples to the rights in paid leave, improves the work schedule and the distribution of the day and covers new activities such as the distribution of food and drink, or industrial kitchens. “We have understood that what we have gained in social rights is better in exchange for not losing any, despite the fact that we could have gotten more money. In any case, the joint commission has been left active to finish including improvements that have been left out, such as the issue of maids or how the discontinuous fixed rate is adapted after the labor reform”, explains the UGT unionist .

María, at 62 years old and a discontinuous permanent worker for decades, cannot consider a supposed partial retirement because only permanent workers are entitled to it. In Catalonia, 85% of the employees in the sector are permanent discontinuous employees. Like several colleagues, he considers how to translate what was agreed into reality, beyond the large hotels: “What is an agreement for if we will continue to sign the entry and exit register on a sheet of paper in ballpoint pen, the businessmen who pay in black so as not to declaring so many benefits will continue to do so and we will continue to work all summer with one day, or none, off. The feeling that some of them have, like Javier, who has been working for a few years in a restaurant in the north of the Costa Brava, is not very optimistic: “They are not interested in enforcing an agreement for waiters, they consider us the lowest there is in the scale”.

One of the problems facing the sector is that the majority of bars, restaurants or cafeterias lack union representation, while the large hotels do. It is estimated, according to the unions, that about 70% or 80% of the businesses in the sector do not have union representation, which “is a problem”, says the secretary general of the Girona Federation of CC OO, Antonio Ferro. For him “this agreement is worse than the previous one, from 2017-2019, which the CC OO did not sign either.” “We go back to the 1980s. We complained before the summer that the sector was in crisis, that it had to be made more attractive, provide better working and salary conditions, offer training… and nothing has been achieved from all this,” he laments. the.

Bad Bunny, when music is political

Zelensky demands a “just punishment” against Russia at the UN