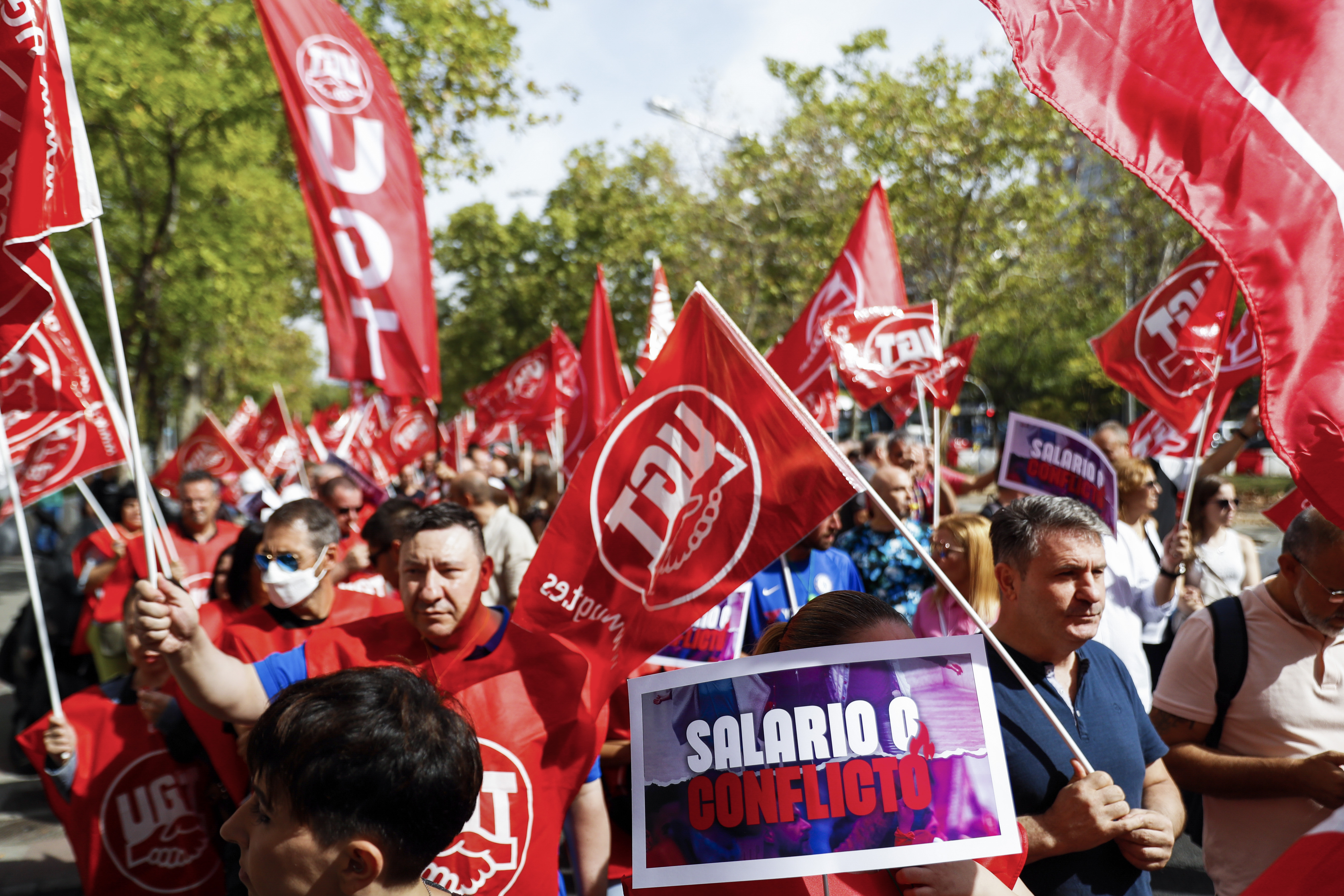 The persistence of high inflation, both historically and in relation to the other countries of the euro zone, does not only depend on the strong impact on our economy of the world energy crisis. Added to this factor, the origin of the inflationary outbreak, is a risk that is our own: the dynamics of wages and business surpluses.

The diagnosis, based on recently published data, confirms a widespread opinion, namely that wages hardly contribute to this dynamic, at the cost of losing purchasing power. But other realities also emerge, especially when the pre-pandemic starting point is taken into account.

The moderating role of wages in the face of the inflationary pressure that has penetrated the Spanish economy is an unmitigated finding. In the second quarter, unit labor costs barely grew at an annual rate of 0.3%, compared to more than 3% on average in the EU. The information available on agreements signed up to August confirms the trend towards moderation, with increases well below both the total CPI and the underlying indicator, that is, discounting energy and fresh food.

The comparison with the levels prior to the double pandemic and energy crisis, however, points to a certain recovery, since the stagnation of the last year partially compensates the growth registered during the central months of the pandemic, when remunerations were sustained by the ERTE. Thus, unit labor costs exceed the pre-Covid level in nominal terms, although discounting the increase in the CPI they still show a deficit of 3.8% compared to that period.

For their part, corporate profits have behaved more dynamically during the outbreak of inflation. The gross operating surplus generated for each euro produced by our economy (an indicator that comes from the same source as the unit labor cost, and therefore facilitates diagnosis) increased by 6.1% in the second quarter, above of the EU average. The rebound in surpluses has also made it possible to recover pre-Covid levels at current prices, although a 2% deterioration in real terms has been detected (that is, discounting the evolution of the GDP deflator).

These results are consistent with the improvement in business profitability detected by the Bank of Spain from the central balance sheet. They also help to explain the boost in employment despite the context plagued by uncertainties, and the boom in exports, sustained by the improvement in the competitive position in relation to the other large economies in the euro zone.

In short, the blow of the pandemic was detrimental to everyone, especially companies, and that of inflation is also having a high macroeconomic cost, but above all for wage earners. That seems to have been the result of the current tacit rent pact. However, changes are in sight. One in four workers covered by an agreement contains an inflation protection clause, almost twice as many as a year ago. It seems that wage pressures will increase, something that could lead to renewing the adjustment mechanism. On the other hand, the central balance sheet points to a great heterogeneity between sectors that should be reflected in the next negotiations: in industry, international competition limits prices and surpluses, something that does not occur with the same intensity in the most protected sectors . Another different case is that of the most indebted companies, which are facing the rise in interest rates.

The different starting points make it difficult to find a new formula that helps spread the costs of inflation, without perpetuating it or damaging the ability to generate employment. But the sustainability of the current tacit rents pact seems unlikely.

Central banks are determined to tame inflation quickly. This week the protagonist has been the Federal Reserve, with the fifth increase in its main type of intervention so far this year, to the range of 3-3.25%. The ECB and other central banks have made similar decisions recently. The exception is Japan, which appears to have no intention of altering its near-zero interest rate policy. However, given the risk of depreciation of the yen, the Japanese bank has announced an intervention in the foreign exchange markets.

Raymond Torres he is director of the situation of Funcas. On Twitter: @RaymondTorres_.