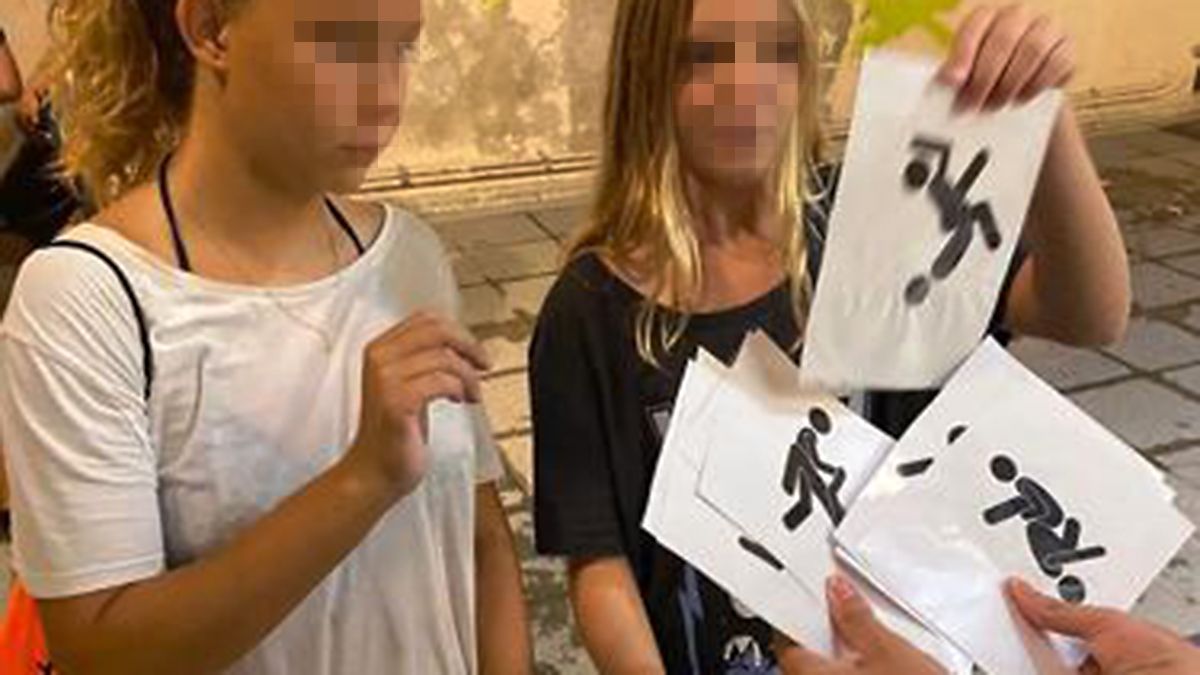 The Youth Service of the City Council of Vilassar de Mar (Barcelona), governed by the Esquerra Republicana de Catalunya, organized a nightly gymkhana for people between 12 and 30 years of age on July 22, in which explicit sexual acts were emulated, such as spreading a banana of honey and cream and lick it, put condoms on a stick or reproduce Kamasutra postures. Montse Gual, youth councilor of the Consistory, has admitted this Friday at a press conference that these events took place, and has alleged that a technical team gave the green light to some activities that, according to what she added, have also been previously carried out in other municipalities. The mayor has recognized that she did not communicate adequately with the parents. The Síndic de Greuges (the Catalan Ombudsman) has announced that it will open an ex officio action to investigate these events. For their part, some parents have indicated their willingness to sue the Consistory before the Juvenile Prosecutor’s Office, according to what La Vanguardia advanced this Friday and this newspaper has confirmed.

The lack of “detailed” communication has been a “mistake”, Gual stressed, while acknowledging that these events “have generated discomfort and inconvenience in some families”. However, the mayor has avoided valuing the event itself as a mistake, which she has defended as a “pedagogical activity”. Specifically, regarding the emulation of oral sex, the councilor has assured that the elements used are used to “perform pedagogy with the boys and make them understand that this type of material [en alusión a la nata o la miel] It is also used to maintain relationships orally”. Subsequently, he suggested: “We have made a mistake, surely, in the type of tests, but if the activity has worked or has not worked, it will be assessed later”, he commented on the surveys that the Youth Service carries out after the tests with the objective of evaluating whether the established pedagogical criteria have been met, or whether they should be redefined.

The activity in question is part of the Juliol Jove program, which is part of the revitalization of the Espai Jove Can Jorba. This gymkhana has focused some tests on “health and sexuality issues”, the City Council has indicated, given that the Adolescent Council had told them that this aspect interests them. During the press conference, the councilor argued that these types of activities are largely thought of by the number of adolescents aged 11, 12 and 13 who watch pornographic content. The objective, as defended by the Consistory, is “to break this dynamic by being open to talking about these issues so that young people can share with adults and try to prevent them from building a sexual imaginary with sexist, violent and unhealthy attitudes”.

The gymkhana, which required prior registration, was guided by monitors who had to adapt the activities they carried out to each age group. In total, some 52 young people participated, divided into groups of between six and 10 people for a “specific activity”, as defended by the City Council, within the framework of a program that also includes events to “raise awareness” about drug and alcohol consumption. , among others.

One of the mothers has detailed to this newspaper that her 13-year-old daughter, who participated in the night gymkhana, came the next day “with a certain feeling of shame and discomfort” to tell her about the events that had occurred. Although young people could choose not to participate, as the councilor pointed out during the conference, intervening in these acts was necessary “to win the gymkhana”, the mother later stressed. Only two people refused to participate. According to this mother, when the Youth Service published some photographs on her Instagram account in which part of the activities of this event could be seen, the indignant comments of some parents pointed to the same thing that her daughter had told her. Those photos have been deleted by the Youth Service this Friday morning.

“We are talking about children, that the City Council has not communicated it to the parents, about how they have carried out this sexual content… If it is so normal, why have they not published the photos or videos where the most common acts are carried out? explicit”, criticizes the mother, who has also confirmed that she has initiated a process with the aim of having the Prosecutor investigate the facts.

For its part, the Síndic de Greuges has opened an ex officio action to study the case. The institution has contacted the City Council of Vilassar de Mar to find out how the municipal administration has acted in relation to the protection of the best interests of the children and adolescents who participated in this activity. The ombudsman has also asked about the images that were captured while the event was taking place, as well as about their publication. In a statement, the Popular Party in Vilassar de Mar has demanded the resignation of the municipal official who authorized the organization of the nightly gymkhana.

The PSOE of Madrid towards Sánchez: “Not a joke with public cash”