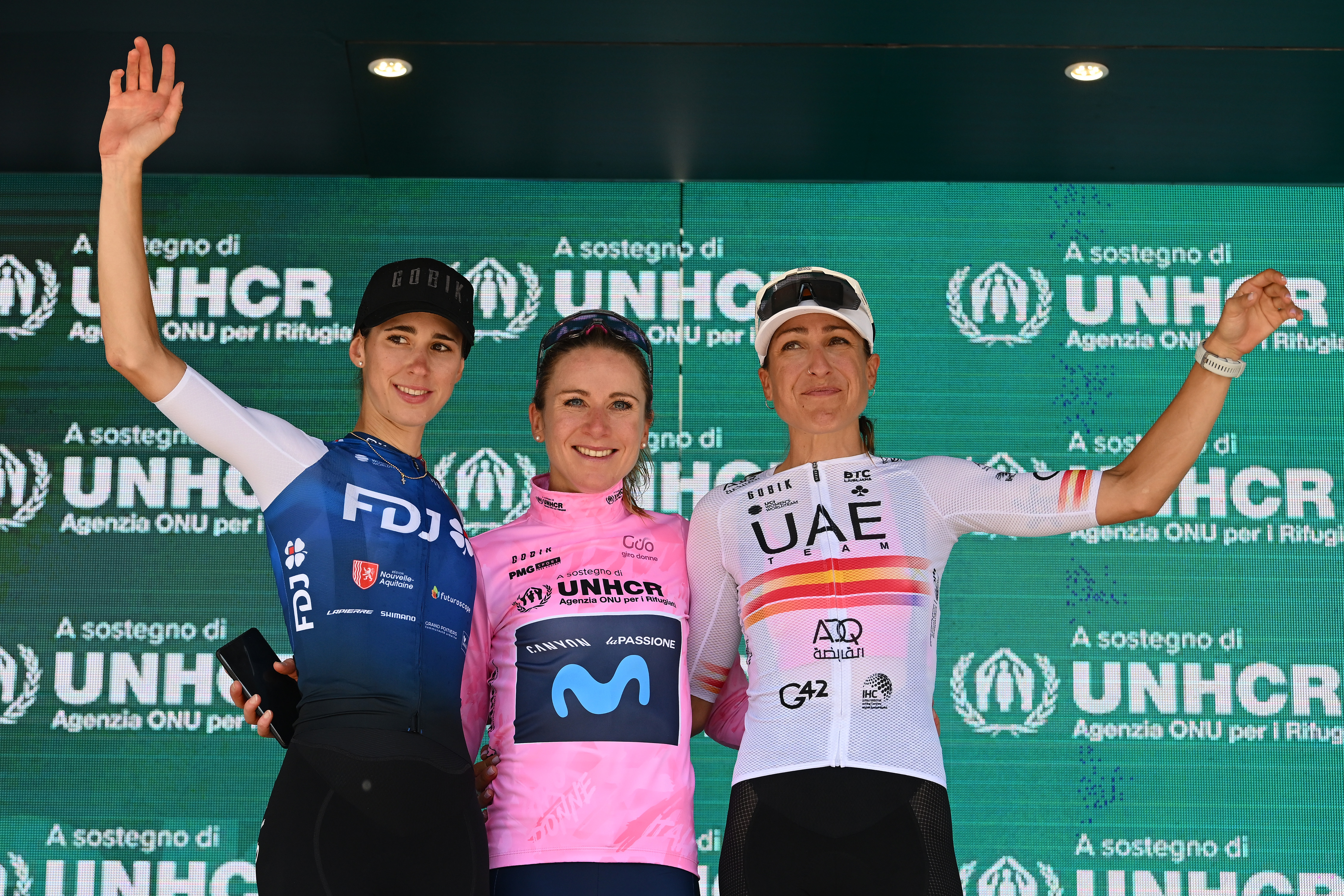 Annemiek Van Vleuten won her third Giro d’Italia this Sunday after successfully overcoming the last stage with a sprint finish in Padua. The Dutchwoman, who will turn 40 in October, donned the pink jersey last Monday in the fourth stage after an exhibition on the way to Cesena and has not let go of the lead since then. The Mallorcan Mavi García, champion of Spain on the road and in the time trial for the third consecutive year two weeks ago, has finished third, achieving the first podium of her career in a big one.

Van Vleuten’s victory also represents the first victory of a Movistar team cyclist in a Grand Tour. “I am super proud of the team, it is a new experience for all the teammates and I am delighted to be part of it. Winning is fine, but doing it as a team is unbeatable. I would not have achieved any of this without them”, said the Dutchwoman, dressed in pink, after the final victory. And she added: “It is never easy to win. To get here you need a lot of work and, the most difficult thing, to be focused every second”.

Second was the Italian Marta Cavalli, 24, who tried to close the gap with Van Vleuten this Saturday until the last breath of the queen stage. It could not be. The young FDJ Nouvelle rider, winner this year at the Fleche Wallonne after overthrowing Van Vleuten on the Huy ramp, is one of the great revelations of the season and a serious candidate for the Tour de France that starts on the 24th in Paris .

The last drawer of the podium has been occupied by one of the best Spanish cyclists of all time, Mavi García, who at 38 years of age continues to be successful in the big events. After a tough day this Saturday, in which the Majorcan saw the podium in danger due to the attack of Elisa Longo Borghini, García has arrived in Padua with the smile that characterizes her: “I have done everything I could, giving a show at each stage and finishing third overall. I’m very happy”.

Now, the protagonists of the Giro Donne (women’s Giro d’Italia) will enjoy some well-deserved rest days. In two weeks, the first women’s Tour de France in history begins in Paris, the first, at least, equaled in the organization to the men’s event. Van Vleuten, Cavalli and García will be there, ready to fight.

How to say goodbye to Basilio Losada