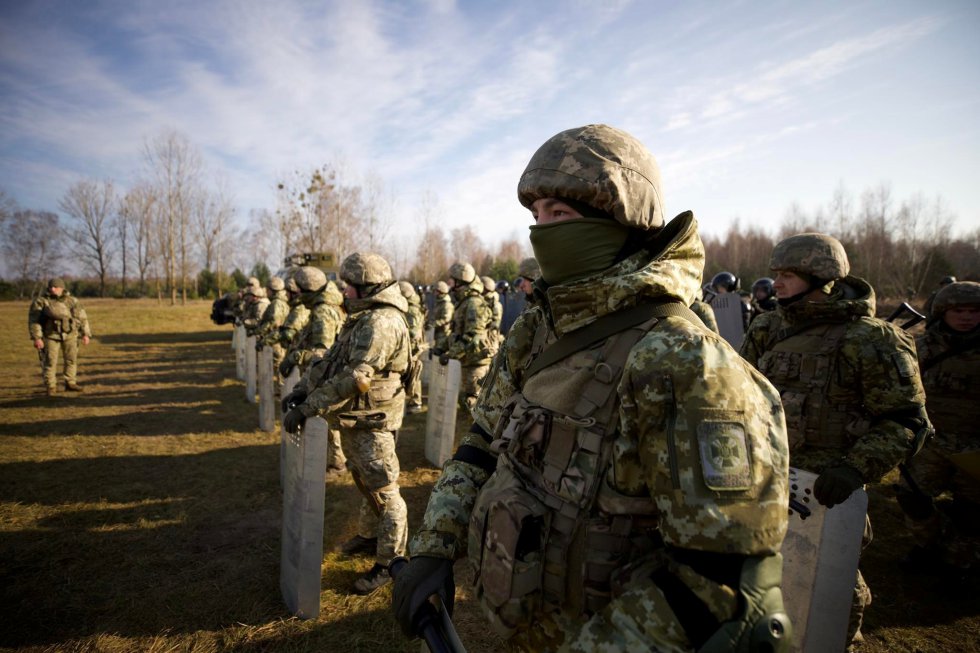 In full tension due to the Russian concentration along its borders, Ukraine has received two reconditioned patrol boats from the United States Coast Guard. The vessels, which aim to reinforce the Ukrainian navy at a time of high militarization in the Black Sea and which are part of the package of assistance to Kiev provided by Washington since 2014, docked this Thursday in the port of Odessa. Another reconditioned patrol boat is finalizing the details to sail to the Eastern European country, at war for seven years against pro-Russian separatists supported militarily and economically by the Kremlin. The arrival of the two ships coincides with the beginning of new and intense maneuvers in the area of ​​Ukraine, Russia and NATO.

Kiev, the United States and NATO are on alert for the concentration of more than 114,000 Russian soldiers with heavy weapons along the borders and in Crimea, the Ukrainian peninsula that Russia annexed in 2014 with a referendum considered illegal by the international community . The military deployment, which the intelligence services of the United States and Ukraine fear could be the precedent of some kind of new armed incursion, coincides with the migration crisis on the border of Belarus with Poland and Lithuania (members of the EU), that Brussels considers part of the Aleksandr Lukashenko regime’s “hybrid warfare” to destabilize the Union.

Ukraine on Wednesday launched a special operation near the borders with Belarus and deployed 8,500 more military personnel. The operation is part of a plan to protect the northern flank in the face of the migration crisis and Minsk’s growing proximity to Moscow. Kiev is concerned that Russia may organize a military incursion on that side.

The Kremlin, which has dismissed the accusations that it plans a new conflict with Ukraine, argues that it can mobilize and deploy its troops as it wishes and accuses NATO of provocations; especially in the Black Sea.

Moscow on Thursday accused Washington of fueling the crisis in that sea that both Russia and NATO (three of its members have waters, Bulgaria, Romania and Turkey) consider geostrategic, after the US guided missile destroyer Arleigh Burke entered the Black Sea to patrol with its NATO allies. “This is, again, a clear increase in tension,” the former Russian Navy chief of staff warned in comments to the Interfax agency.

Ukraine has aspirations to join the Atlantic Alliance and that has been a traditional red line for the Kremlin. Now Russia considers any NATO presence in Ukraine unacceptable. The country, where more than 14,000 people have died, according to UN data, in Europe’s last war this year also received a large shipment of ammunition and javelin missiles from the United States, which has given an assistance package to Kiev from about $ 2.5 billion.

When the alarm calls before a new crisis increase, the German Chancellor, Angela Merkel, has warned Moscow on Thursday about new actions. “Any aggression against the sovereignty of Ukraine will come at a high price,” Merkel said at a press conference with her Polish counterpart Mateusz Morawiecki. The chancellor, who spoke by phone shortly after that meeting with the Ukrainian president, Volodímir Zelenski, has stressed that “deactivating” the situation is key.

Ideas to decarbonize the economy