Top 10: The best smartphones up to 500 euros without a contract

The top models of well-known manufacturers are of course in the limelight. Smartphones like the Samsung Galaxy S22 Ultra (test report) arouse desire because they technically combine the best of the best. However, a look at the price quickly makes it clear that the companies are being paid handsomely for it. Then disillusionment quickly follows, because not everyone can or wants to spend more than 1000 euros for a commodity such as a smartphone. Luckily, that’s not even necessary.

Because in fact, with a little effort in the search (price comparison with filter), interested parties can get models that can hardly do less, but are much cheaper. If you don’t want to go through this trouble, just read on.

In the price range of 400 to 500 euros, resolutions below FHD+ can no longer be found – but hardly any above that either. With an average diagonal of around 6.5 inches, however, FHD+ also results in a little more than 400 pixels per inch (PPI) and accordingly ensures a sharp display even without 2K or even 4K resolution.

As a technology, OLED is right at the top of the list of requirements – not because IPS LCDs couldn’t also be good, but OLED offers that extra bit of black value, viewing angle stability, contrast and color intensity. LCD is therefore the exception in these price regions.

In the meantime, the panels in this price range usually use refresh rates of 90, 120 or even 144 Hertz for smoother display of content. 144 Hertz remains rare, at least in combination with OLED. The models in the price range up to 500 euros almost always offer 120 Hertz. With so much money, nobody should be satisfied with 60 Hertz. 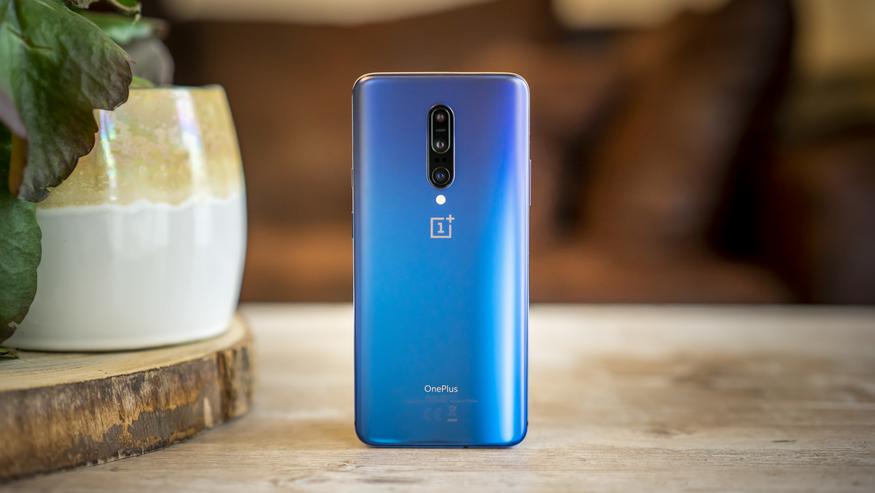 4 to 6 GB of RAM are mandatory for androids. But 8 GB should be between 400 and 500 euros and now even 12 GB of RAM is possible – not so long ago that was only reserved for high-end models. The drive should normally be a top chipset from the current or recent years, such as Qualcomm’s Snapdragon 865, 870, 888 or Samsung’s Exynos 990. Mediatek can also be found with its latest chips from the Dimensity series. Here it is chipsets with the 1200 or 900 ID that ensure decent everyday performance and, thanks to the modern structural width, are more energy-efficient than previous models.

Some of the smartphones in our list rely on processors that range in performance between the upper mid-range and lower upper class, namely Snapdragon 780(G) or 720(G). This makes little difference in everyday use, so if the rest of the hardware is appropriate, this shouldn’t be an exclusion criterion. Only benchmark fetishists and hardcore gamers are usually better off with top chips from the Snapdragon 8xx series due to stronger CPUs and GPUs in particular.

128 GB is standard for Android smartphones in this price range, and even 256 GB is available. Expandability via micro SD card is no longer absolutely necessary, but most models still offer this. Technically, everything else that is available in smartphones is on board – mostly including 5G.

However, users should think twice about seeing 5G as a requirement for their smartphone’s specifications. Due to the lack of nationwide network expansion, 5G in Germany is still a long way from being available everywhere. However, 5G can already offer advantages in metropolitan areas, but even here you will not be able to enjoy the “new” data standard everywhere. 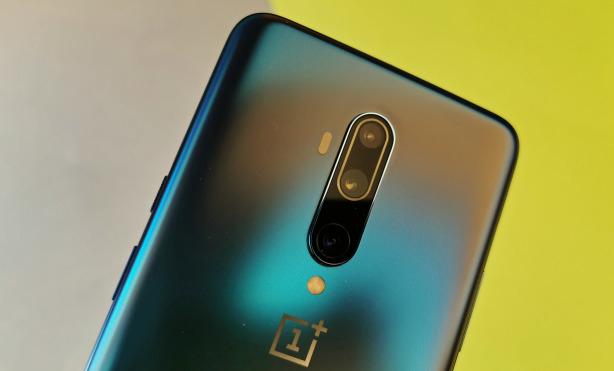 As always, the battery should be an important criterion when buying. In addition to pure performance, things like fast charging and the option of wireless charging are also important here. The latter is rarely found up to 500 euros.

With the Android version being up to date, most of the devices in our top 10 look good. Those who are committed to Android 11 will get their money’s worth. Even newer Android versions should not pose a problem sooner or later, after all, all smartphones are from 2021 at most. Android 12 (guide) is still rather rare.

OLED with 120 Hz and 6.7 inches, main camera with 108 megapixels plus wide angle and a Snapdragon 888 as the drive – the Xiaomi 11T Pro (test report) draws from the full. This also applies to the memory, which at 8/256 is even slightly surpassed by other models in this top 10. But the battery is great again: 5000 mAh with a full 120 watts of fast charging, also (at least) IP53 certification and stereo speakers – this is a great overall package for only around 420 euros.

One of the models mentioned, which has even more to offer in terms of storage, is the Realme GT 5G (test report). It comes for around 430 euros with a whopping 12/256 GB of memory, but the OLED display is 120, but “only” 6.4 inches a little smaller and the camera offers “only” 64 megapixels plus wide angle. A Snapdragon 888 is again used as the drive and the battery offers 4500 mAh with 65 watts of fast charging.

The Xiaomi Mi 11i is strongly based on the first-placed sibling model, but is newer and therefore more expensive despite a few cuts. An almost 6.7-inch OLED screen with 120 Hz is used again, the camera also uses 108 megapixels plus wide-angle. Again, a Snapdragon 888 drives the smartphone and there is 8/256 GB of storage for just under 500 euros – decent. You have to make compromises primarily with the battery – it is only 4520 mAh in size and can only be charged with 33 watts. The model is also not waterproof.

The Realme GT 2 also relies on OLED with 120 Hz, here the screen is 6.6 inches in size and comes with an outstanding sampling rate of 1000 Hz. 50 megapixels with optical image stabilizer (OIS) plus wide angle are used as the camera, as the drive Realme again uses a Snapdragon 888. In this model, however, it is only combined with 8/128 GB. The battery is 5000 mAh and the charging speed is still decent at 65 watts. Android 12 is already installed.

The Realme GT 2 Neo (test report) is only slightly inferior to the GT 2 without the Neo suffix. The display is almost identical, only the scanning speed drops to 600 Hz. The camera even has 64 megapixels plus wide angle, but the OIS is missing. The processor (SD 870) is slightly weaker on paper, it is combined with 12/256 GB and 5G is also available – as with the rest. Again, there is 5000 mAh and the charging speed is 65 watts. Android 12 is also available here.

The Xiaomi 11T offers a 6.7-inch OLED display with up to 120 Hz. The main camera snaps photos with an impressive 108 megapixels, plus there is a wide-angle with 8 megapixels and a macro lens. In addition to Wifi-6, the smartphone is fully equipped with standards such as Bluetooth 5.2, NFC and even the IR blaster familiar from Xiaomi. The fingerprint sensor is not in the display like in the better placed models, but on the side of the power button.

A Dimensity 1200 from Mediatek, which is supported by 8/256 GB of memory, serves as the drive. The 5000 mAh battery charges particularly quickly with 67 watts, and in addition to stereo speakers, there is an IP53 certification against the ingress of splash water.

Samsung is also represented under 500 euros, with 404 euros at the time of the article it is even the cheapest model in this top 10. Nevertheless, there is a 6.5-inch OLED display with 120 Hz, a main camera with 64 megapixels and OIS plus wide-angle as well an Exynos 1280 as a drive. The amount of memory is also good: 8/256 GB are decent, but the 5000 mAh battery can only be charged with 25 watts. The model is IP67 certified and Android 12 is already available.

The Motorola Edge 30 (test report) boasts a 6.5-inch OLED display with a full 144 Hz and the camera offers 50 megapixels with OIS and an additional wide-angle. The built-in Snapdragon 778G+ is flanked by 8/128 GB of memory and the built-in battery has a capacity of 4020 mAh, can be charged with a cable at 33 watts and can even be charged wirelessly. Thanks to the IP52 certification, the model is waterproof.

The Samsung Galaxy A72 (test report) came in 9th place. The reason is the camera, which each offers a main, wide-angle and optical telephoto lens with up to 64 megapixels – camera friends prefer that to them having too much power unnecessarily. Compared to the eight better-placed models, the Snapdragon 720G is actually almost weak, but this is not a problem in everyday life. Together with 6/128 GB of memory, the performance there is smooth and the display on the 6.7-inch OLED -Display with 90 Hertz is impeccable. 5G is missing, otherwise all important equipment is included. The battery is also decently sized at 5000 mAh and Android 12 is available as an update.

In last place we see the Xiaomi Poco X3 Pro (test report). Depending on the weighting, the model is even better, because for only 404 euros at the time of the article (and from 220 euros with less memory) there is a strong Snapdragon 860 with 8/256 GB of memory and a strong 5160 mAh battery with a charging speed of at least 33 watts, too an IP53 certification. The manufacturer only relies on IPS-LCD with 120 Hz and the camera is also rather average with 48 and 8 megapixels for the main and wide-angle camera.

Remarkable what you get for less than 500 euros in technology. The difference to the absolute top is sometimes not big, at least not if you put the price in relation to the added value. Otherwise, the latest top models from established manufacturers are of course even better – anything else would be strange. In terms of performance, however, there are hardly any noticeable differences in some smartphones up to 500 euros.

How to disassemble the windshield wiper of your car

Iran warns that they will not have “clemency” against protesters

Bitter Land, Chapter 87: Demir wants to ask Züleyha for a divorce over Ümit