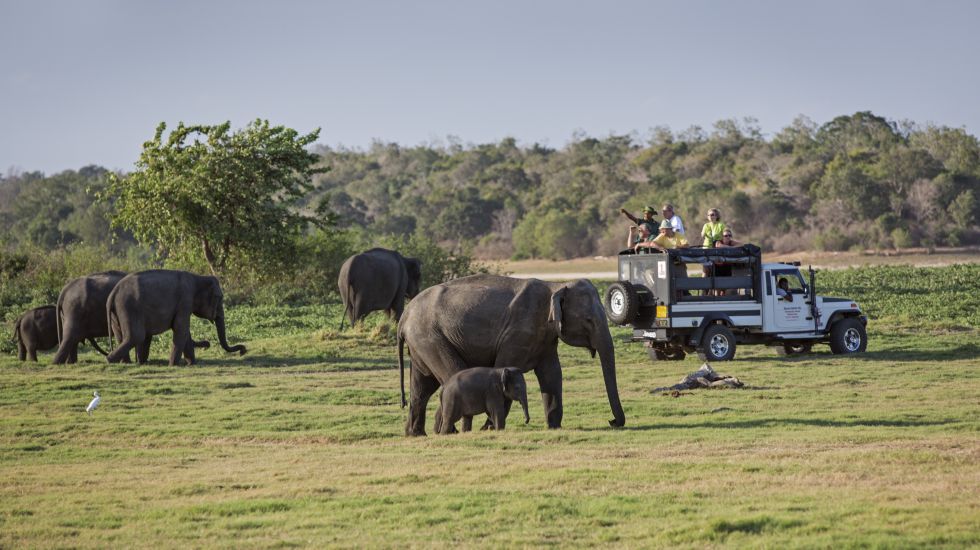 A swarm of wildebeest and zebra run terrified through the Masai Mara Nature Reserve in Kenya. They flee from 15 SUVs full of tourists who seek to approach them and take pictures of them. The vehicles accelerate and the animals escape through the savannah that forms the park. Last August 7, the Twitter user Married Child, first, and the journalist Xavier Aldekoa, later, published the video that shows only 51 seconds of a reality that is repeated, especially for the big five, or the five great animals that can be seen on safari: the lion, the elephant, rhinoceros, leopard and buffalo. In the original tweet, the author wonders if what they are seeing is “tourism or wildlife disturbance”

Aldekoa capped the video with a sharp message: “Tourism is back in Africa.” Kenya has experienced an extraordinary increase in the sector in recent years, according to data provided by the Government. In 2020 there were 400 million tourists worldwide, according to the World Tourism Organization (UNWTO). The African continent received 18 million – the lowest figure in a decade – of which two were destined for Kenya, according to data collected by Statista.

Covid-19 has been an aggravating circumstance for the continent. According to a survey of more than 300 tour operators, carried out in 2020 by the Safaribookings platform, almost 93% noticed a decrease in reservations, most of it due to the pandemic. In May of the same year, another survey was carried out with nearly 500 companies in the Kruger Lowveld district, the heart of safaris in South Africa, which revealed that 90% believed that they would not survive even if international borders were opened immediately. In Kenya, the company Rift Valley Expeditions employs Spanish and local workers. “We have had to make loans to the guides who collaborate with us and in others it has been a direct donation,” says its founder, Toni Espadas. Jaime Galán, veterinary director of Njovu, a Spanish-Zambian association dedicated to the conservation of wild fauna and flora, saw how poaching increased during the pandemic, since “there was no work, no money, no surveillance.”

Safaris alone generate some $12.4 billion (€13 billion) in annual revenue for South Africa, Botswana, Kenya, Rwanda, Tanzania, Uganda and Zambia – Africa’s top tourist destinations – and employ almost 22 million people on a regular basis. direct and indirect, according to an estimate by SafariBookings. “Nature tourism is a good resource when it is well developed and sustainable. There are areas that would not have other income and, by not having it, they would stop taking care of these spaces”, points out Alfonso Marzal, biologist and professor of Zoology at the University of Extremadura.

Jaime Galán, from the Njovu conservation association, has spent a lot of time in the Maasai Mara Nature Reserve and has even counted 46 off-road vehicles doing the tour. Although he does not believe that tourism is the optimal solution to Africa’s socio-economic and environmental problems, he believes that safaris prevent the unnecessary death of local wildlife. “By not having the basic needs of citizens covered, such as access to food, there is a completely different view of animals. Without tourism, the alternative is poaching”, states the biologist.

Safaris alone generate some €13 billion in annual revenue for South Africa, Botswana, Kenya, Rwanda, Tanzania, Uganda and Zambia, according to an estimate by SafariBookings.

The study Changes in the behavior of African elephants in response to nature tourism, published in 2019 in the Journal of Zoology, revealed that these animals demonstrated more aggressive behavior towards their counterparts, people and cars when vehicles were nearby. Jaime Galán, from the Njovu association, confirms that the behavior of animals changes, although he points out that it also depends on the context in which they live. In Kenya and Tanzania, the animals are more accustomed to visitors, so they tend to pay little attention to them. In the Mosi-oa-Tunya National Park, in Livingstone, southern Zambia, elephants live in close proximity to locals and destroy fences and crops, which is why locals display violence against them. As a natural response, animals respond with the same treatment. Marzal, professor of Zoology, explains that the ways of living of animals can change to the point of putting them in danger. “There are many examples, but when in close contact with humans, animals lose their anti-predator instinct. They relax, they become more ‘brave’, which means that, in the face of real danger, they are not so attentive”.

For Pau Monasterio, a researcher in tourism management of natural and cultural heritage at the Polytechnic University of Valencia, the management, limitation and control of natural areas are essential to achieve a balance and avoid this type of situation. “Spain has set quotas for certain tourist attractions such as the Alhambra or the beach of the Cathedrals. This is exactly the same, ”she points out by video call to EL PAÍS.

Being in close contact with humans, animals lose their anti-predator instinct. They relax, they become more ‘brave’, which means that in the face of real danger they are not so attentive

Alfonso Marzal, biologist and professor of Zoology at the University of Extremadura

The key to achieving some kind of balance is in the education of guides and tourists, says Espadas, the founder of Rift Valley. Park rangers should also be included in the people to be trained. “I’ve seen customers and employees offer them money to turn a blind eye,” he laments. The sensitive economic situation of the African continent means that corruption, whether large or small, is the order of the day. “While the relevant people are educated,” says Espadas, the only alternative is for governments and competent authorities to fine.

Bushwise, a South African field guide training school, explains the South African case: “Things here work differently from countries further north because there are many areas that are private. Hotels are not interested in something going wrong, it would be terrible publicity, as well as cost hundreds of thousands of dollars, “explains Vaughn Jessnitz, head of education at the center. Jessnitz emphasizes the need to differentiate between a tour guide and a field guide. A field guide, he stresses, is someone who specializes in fauna and flora, while a tour guide focuses on “getting people from point A to point B and on the more cultural aspects of an area.” The Njovu association offers training to tourism professionals, explains Galán, and they have managed to get the Administration involved and accompany them in different tasks such as removing traps in the park.

The training of tourists lies in the good practices and intentions of the companies, according to Adrià Grau, head of Rift Valley in Spain. This begins with telling potential clients that it is not necessary to go only in July and August to see the migration of animals, explaining that there are no guarantees of seeing certain species and explaining what they will be able to see at each time of the year.

For Pau Monasterio, a researcher at the Polytechnic University of Valencia, good practices are not abundant enough. They are complex to carry out, she acknowledges, due to the “weight and pressure exerted by large companies, not only on the African continent but throughout the world.”

Ethics contains a very wide range of grays, says Vaughn Jessnitz of the Bushwise school. On many occasions, neither the tourist nor the guide are really aware of the negative effect they are having on the natural space. “For the tourist, the important thing is to get the best photo, so he will encourage the guide to get as close as possible,” he admits.

In 2018, tourism accounted for 8.5% of the Gross Domestic Product (GDP) of all of Africa, 195.7 million euros. In addition, it contributed 24.3 million (6.7% of GDP) to the total employment of the continent, according to the latest data provided by the World Bank. Monasterio clarifies that, despite the “impressive” figures that different organizations and the Government of Kenya itself show, the reality is that the locals obtain a tiny part of the benefits. “The people in the areas near these reserves or natural spaces are the ones with the worst conditions, in addition to witnessing how wealth is extracted from their area.”

For Njovu conservationists, collaboration with locals is key. Sandra Lapied, head of logistics and communication at the center, clarifies that, when they decided to form the association, they knew that “they couldn’t go with the European point of view” and they needed people who knew the place, the society and, above all, the actors. politicians and their intention. For Lapied, that the Government of Zambia has decided to participate in the removal of poaching traps is proof that “the tandem works”.

Tourism is a business that moves millions, says Pau Monasterio, and therefore limiting and managing does not fall within the plans of governments. Still, he stresses the importance of taking this path. “Climate change and the pandemic have accelerated the intensity with which tourists travel and want to see and experience things. If the sector wants to continue to have a future, they will have to control. It cannot be overexploited without negative consequences for everyone”, the researcher stresses.