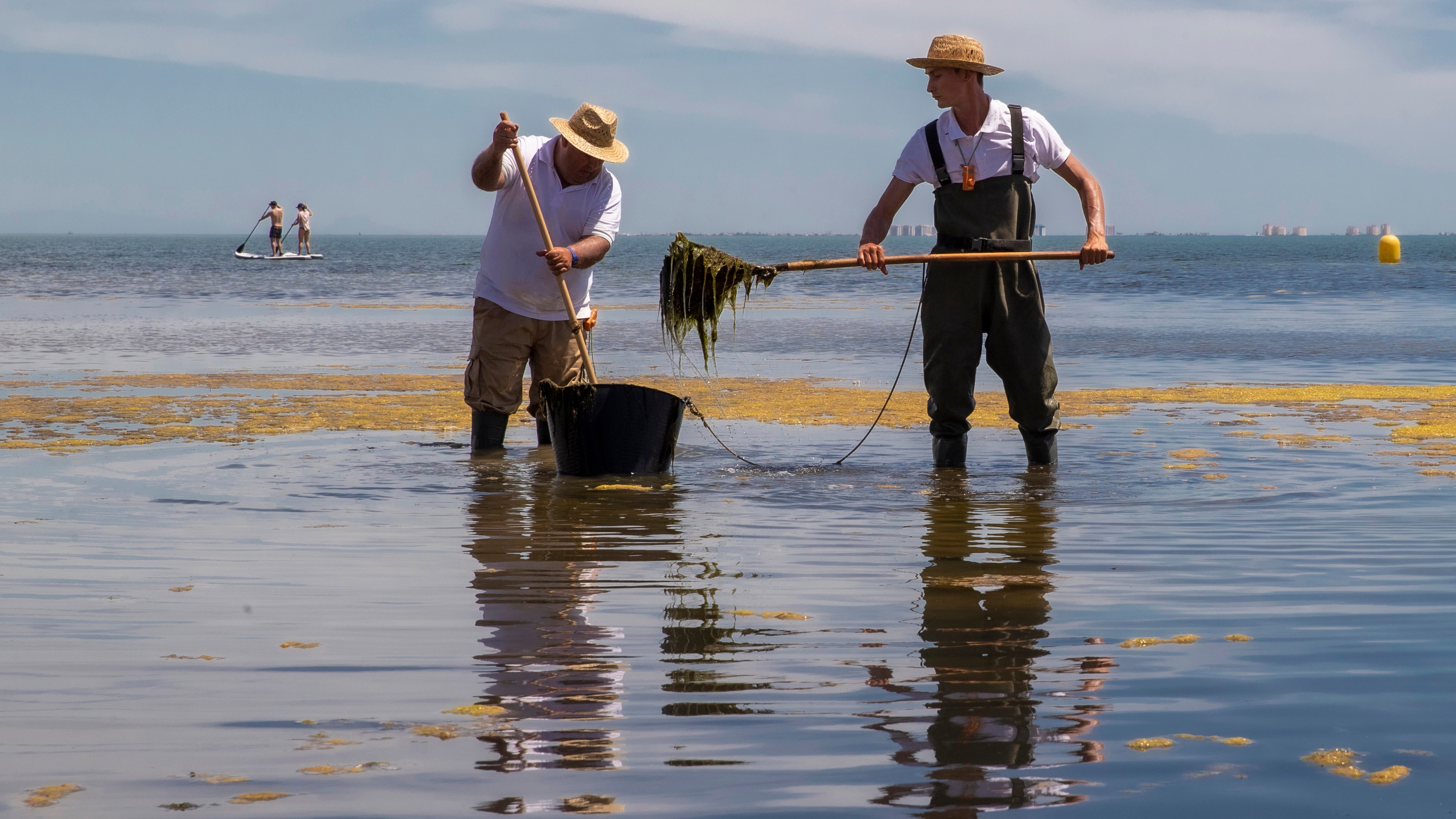 After achieving more than 600,000 signatures in a hugely successful Popular Legislative Initiative (ILP), the Congress of Deputies approved last April to begin processing a law to provide legal personality to the Mar Menor and its entire basin, such as people or the companies. This Wednesday the Commission of Ecological Transition and Demographic Challenge of the Lower House has taken a further step by giving the green light to the text with the amendments that give shape to this unprecedented legal figure in Europe.

According to the approved text —with 29 votes in favor and 5 against—, which must now be ratified in the Senate, the representation and governance of the Mar Menor lagoon and its basin is specified in three figures: a Committee of Representatives, a Monitoring Commission and a Scientific Committee. Three bodies that will form the Guardianship of this valuable ecosystem increasingly deteriorated.

The Committee of Representatives will be made up of 13 members, 6 members of the Administration and 7 of the citizens. In the first case, it is expected that there will be three representatives from the General State Administration and three from the Autonomous Community. As for the citizen part, the text approved in Congress establishes that in a first stage the chosen ones will be the members of the promoter group of this ILP, which is making history in Parliament due to the speed at which it advances. This Committee of Representatives has among its functions that of proposing actions for the protection, conservation, maintenance and restoration of the lagoon, and also that of monitoring and controlling compliance with the rights of the lagoon and its basin; based on the contributions of the Monitoring Commission and the Scientific Committee.

The Monitoring Commission (the guardians and guardians) will be made up of a regular person and a substitute representing each of the riverside or basin municipalities (Cartagena, Los Alcázares, San Javier, San Pedro del Pinatar, Fuente Álamo, La Unión , Murcia and Torre Pacheco), which will be appointed by each City Council and renewed every four years after municipal elections. These people must have a previous trajectory in the defense of the Mar Menor and will be in charge of disseminating information on this Law, monitoring and control of respect for the rights of the lagoon and its basin, and periodic information on compliance with this Law, taking into account the indicators defined by the Scientific Committee to analyze the ecological status of the Mar Menor.

Finally, the Scientific Committee will be made up of scientists and independent experts specializing in the study of the Mar Menor, proposed by the Universities of Murcia and Alicante, by the Spanish Institute of Oceanography (Oceanographic Center of Murcia), by the Iberian Society of Ecology and by the Higher Council for Scientific Research, for a renewable period of four years. This third body will be in charge of advising the other two and of identifying some indicators on the ecological state of this ecosystem. To guarantee their independence, the selected scientists must be of recognized prestige and will not receive any remuneration.

“The Declaration of the legal personality of the Mar Menor and its basin will allow autonomous governance of the coastal lagoon, understood as an ecosystem worthy of protection in itself, a legal novelty that enhances the treatment given up to now: the lagoon goes from being a mere object of protection, recovery and development, to be an inseparably biological, environmental, cultural and spiritual subject”, details the text of the bill that now goes to the Senate.

Despite having these three bodies as guardians, the sixth article of the future law states that any natural or legal person is entitled to defend the Mar Menor, and can assert their rights through an action filed in the Court corresponding or Public Administration. “Said legal action will be presented on behalf of the ecosystem of the Mar Menor as the interested party”, details this text, which adds that “the person who exercises said action and who sees his claim estimated will have the right to recover the entire cost of the litigation undertaken, including, among others, the fees of lawyers, solicitors, experts and witnesses, and will be exempt from the procedural costs and from the bonds in matters of precautionary measures.”

If approved in the Senate, the Mar Menor would become definitively the first ecosystem with its own rights in Europe.