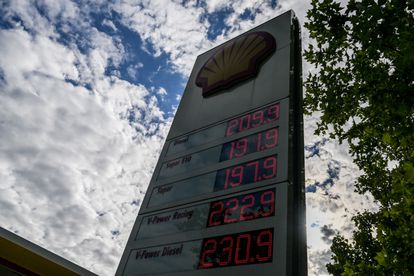 Prices at a gas station in Berlin.FILIP SINGER (EFE)

The energy crisis, supply chain problems and the Ukraine war have all added to an overheated global economy, leading to a perfect storm of rising prices. In this battle against inflation, governments around the world resort to tax reductions, direct aid to families and companies, or limitations on energy prices or the export of basic products. Meanwhile, central banks opt for an increasingly aggressive rise in interest rates, hoping to cool down the economy. These are some of the measures taken by Executives from various countries, compiled by the Bruegel think tank, in their particular war against rising prices.

Germany, the leading economy in the euro zone, has been one of the countries that has taken the most measures against inflation. Weighed down by its heavy dependence on Russian gas, the price of electricity is soaring, increasing inflation that could reach double digits in the fall, according to the Bundesbank. Therefore, its main actions focus on the electricity market. In July of this year, Berlin announced the rescue of the gas company Uniper, the largest international client of the Russian Gazprom, for 257 million. In August, Chancellor Olaf Scholz gave the green light for a reduction in VAT on gas from 19% to 7%. And this Sunday, after the Russian company cut off the flow of gas until the sanctions adopted by the West are lifted, the German coalition government announced a third package of anti-crisis measures worth 65,000 million euros. The aid includes an increase in the benefit for dependent children, energy aid for retirees and students, and the subsidy of part of the public transport subscription.

Like its German neighbors, France is suffering from escalating energy prices. In addition to the war in Ukraine and the increase in gas prices, there is a maintenance problem at its nuclear power plants, one of its main sources of generation. In July of this year, the French government announced the renationalization of the electric company EDF, of whose capital it already owned 84%. In August, the French Parliament approved a package of anti-crisis measures worth 20 billion euros. This one that seeks to protect the purchasing power of the French and includes, among other things, an increase in pensions and subsidies, and a limitation of upward revisions of rents.

Year-on-year inflation in Italy is one of the highest in the Eurozone. In the midst of the political instability that characterizes the country, Rome has approved several measures that seek to lighten the blow of price increases, ranging from tax initiatives — lowering VAT on gas and raising the tax on profits from electricity companies to 25% from 10%— to direct aid to needy families. The Italian government is preparing a new multimillion-dollar package, which will be added to the 52,000 million that it has already budgeted this year to reduce the impact of the price escalation.

Spain is the country with the second highest inflation among the five major economies in the euro zone, only surpassed by the Netherlands. To alleviate the escalation, the latest initiative of the Pedro Sánchez Executive is to reduce VAT on gas and electricity to 5%. In March of this year, Spain and Portugal obtained the approval of the European Union to implement the so-called “Iberian exception”, a system of their own for limiting the price of gas in both countries. In addition, the Government has approved discounts on the price of gasoline and reductions in subscriptions and public transport tickets, which are free in the case of Cercanías and Media Distancia services.

Inflation hit double digits this August in the UK for the first time in 40 years. With a government crisis through – which has ended with the resignation of the former Prime Minister, Boris Johnson -, the United Kingdom has approved several measures to mitigate the impact of the price escalation. In May, London approved an aid package worth 15,000 million pounds (17,600 million euros), which is financed by the introduction of a new tax of 25% on the so-called fallen profits of oil and gas companies. gas. In July, the Government presented in Parliament a new Energy Security Act, which seeks to divert 100,000 million pounds from the private sector to industry, and thus create 480,000 jobs by 2030.

The United States is one of the few large economies to which the latest inflation data has given a respite, with a slight drop in August. In addition to the aggressive rise in interest rates by the Federal Reserve, the Joe Biden government has approved several measures that seek to alleviate the effect of rising prices on the pockets of its citizens. On August 24, Washington announced the forgiveness of $10,000 of each university loan, a burden for young Americans who have just graduated. This measure follows the passage of the Inflation Reduction Act passed in August, which, worth $430 billion, includes reductions in drug prices and tax breaks.

A few months before his elections, forced by rising prices, the president of Brazil, Jair Bolsonaro, has been forced to reformulate the ultra-liberal speech with which he became president. Petrobras, the Brazilian oil giant, announced on September 1 a 7% reduction in gasoline prices in the country, the fourth reduction since July. In that month, the Government lowered taxes on fuels and raised the Brazil Aid, a monthly payment to the most disadvantaged.

Chile grew by 11.7% in 2021, driven by the injection of money intended to help families hit by the pandemic. However, this skyrocketing growth has not come alone: ​​inflation has skyrocketed to 13%. The Chilean government announced in July a 1,200 million aid plan, which included job subsidies and a single payment of 120 dollars to 7.5 of its 19 million citizens.

European inflation, even that of the most developed countries in Latin America, is a joke compared to the chronic and surreal increase in prices suffered by Argentina. The Administration of Alberto Fernández has not kept its promise to contain the prices that registered a year-on-year increase of 71% last July. In order not to suffocate families anymore, the State today covers more than 65% of the cost of gas and 70% of electricity. But the IMF’s demand that it cut public spending has led the Peronist Executive to announce that it will withdraw aid to the richest households, who will see the real value of gas and electricity reflected in their bills.

The Japanese economy is a world rare bird. Little affected by inflation, the Japanese central bank keeps interest rates negative and, instead of seeking a slowdown, seeks to heat up its economy. Even so, the slight increase in prices in the country – which imports a good part of its energy and other resources – has led to an unprecedented increase in the minimum wage (+3%) for March 2023. The Government seeks to limit the rise of the price of the wheat it imports, as part of a $103 billion plan approved in April this year.

The measures adopted by India focus, above all, on guaranteeing its food supply to meet the needs of a population of more than 1.3 billion people. In May of this year, the government imposed restrictions on food exports, including wheat —whose price skyrocketed with the start of the war in Ukraine, one of the world’s largest exporters— and sugar, which account for 40% of the CPI national. In addition, it has reduced taxes on oil.

Inflation in South Africa reached its highest level in the last 13 years in August. At the end of the month, thousands of South Africans demonstrated in Pretoria and Cape Town, two of the country’s largest cities, to protest against rising prices, power cuts and unemployment. The South African government announced in July a reduction in fuel prices that has not been enough to alleviate the inflation suffered by the country.

Turkey is a particular case when it comes to price increases. Added to the global problems is its currency crisis —in August it lowered interest rates again to 13%—, which has triggered inflation to 80% in August 2022. Faced with this situation, the Erdogan government Last July, the minimum wage was increased by 30%, which is added to the 50% increase that it already made at the end of last year.

Alcaraz raises Spain with a crazy victory against Cilic