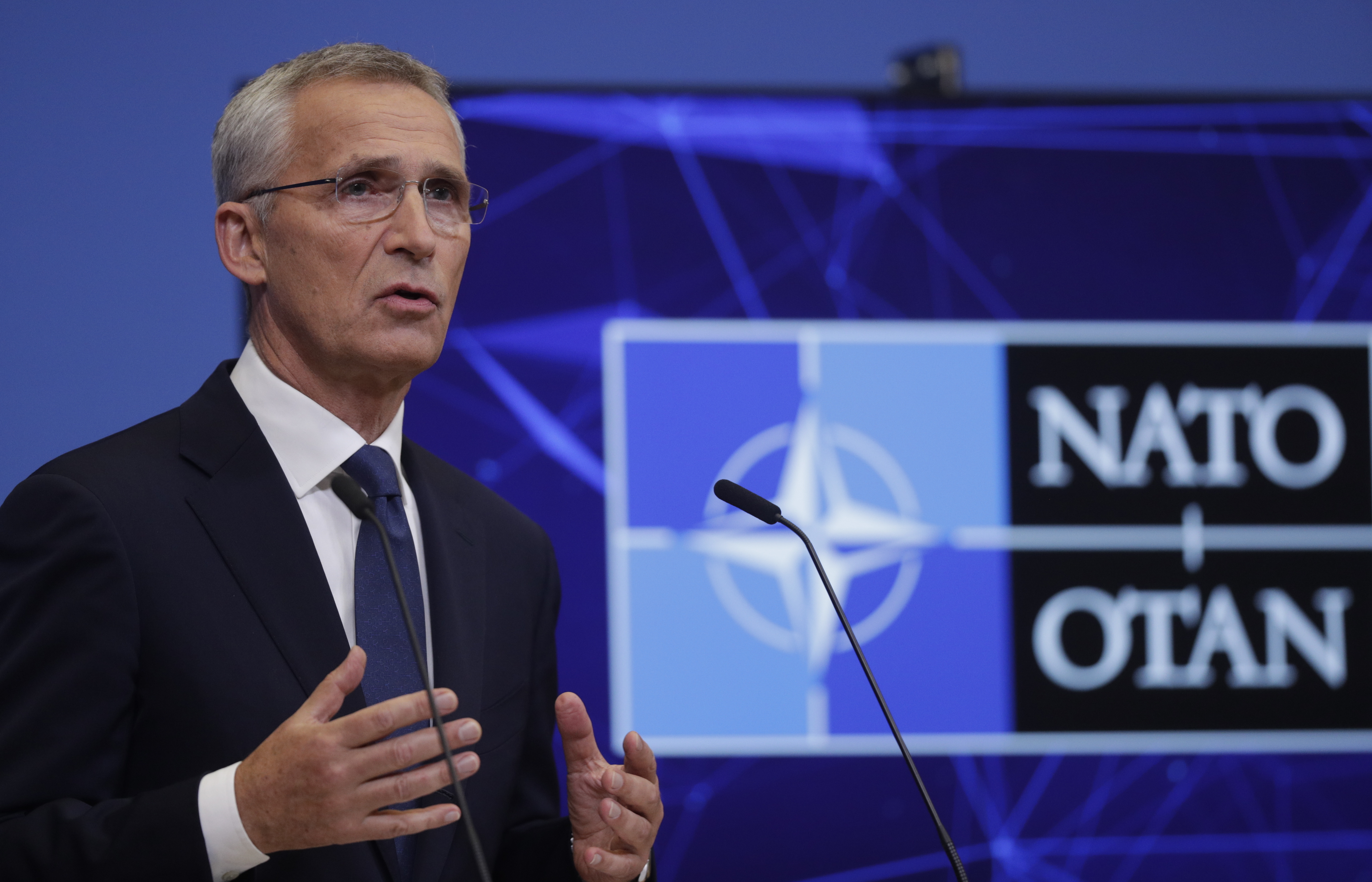 The West mobilizes to reject the imperialist onslaught of the Kremlin. The latest moves by President Vladimir Putin, who shook the world in February with his war in Ukraine and now with the illegal annexation of four provinces of his neighbor, have raised the alarm of the EU and NATO. Jens Stoltenberg, secretary general of the Atlantic Alliance, stressed this Friday that the recruitment campaign, together with nuclear threats and the absorption of Ukrainian territory, represent the “most serious escalation in the war” since the conflict began. “This is the biggest attempt to annex European territory by force since World War II,” he told a news conference in Brussels. “Another 15% of the territory of Ukraine [que se suma a la anexión de Crimea]an area roughly the size of Portugal, illegally seized by Russia at gunpoint,” Stoltenberg remarked, calling on all countries not to recognize illegal annexations.

US President Joe Biden has also condemned the illegal annexations. His Administration has imposed this Friday new sanctions on Russian parliamentarians, senior officials, the military and companies in the defense sector. “We will bring the international community together both to denounce these movements and to hold Russia accountable,” Biden said.

The European Commission and the Council of Europe have charged Russia for once again violating international law. “We are unwavering in our support for the territorial integrity and sovereignty of Ukraine. Ukraine is exercising its legitimate right to defend itself against Russian aggression in order to regain full control of its territory and has the right to liberate the occupied territories within its internationally recognized borders,” the Twenty-Seven said in a statement promising more sanctions against the Putin regime. “The nuclear threats made by the Kremlin, the military mobilization and the strategy of trying to falsely present the territory of Ukraine as Russia’s and pretending that the war may now be taking place on the territory of Russia will not weaken our resolve,” they add.

Putin has threatened to use whatever defense material is necessary to defend what he sees as Russia. Now, with its redesign by decree of what the Kremlin considers to be within the borders of this territory, that threat also includes the four occupied and annexed Ukrainian regions, which has increased fears of a nuclear clash. kyiv, which has sent a request to NATO this Friday to urgently process its accession – paralyzed since 2008 – has stressed that it will continue to fight to free its territory from Russian forces, despite nuclear threats. “Ukraine has every right to retake its territory”, stressed the Secretary General of NATO, who recalled that the entry of new members must be approved unanimously by all the countries of the military alliance, of which Spain is a part .

Brussels has called on member states to make “tighter assessments” of Russian visa applications and sharpen surveillance of external borders following the “security threat” from the Kremlin. This threat has increased in recent days with the military mobilization decreed by the Kremlin and the annexation of the Donetsk, Lugansk, Kherson and Zaporizhia provinces.

The mobilization decreed by Putin to fuel his war in the neighboring country has led to the flight of thousands of people to avoid recruitment. Without direct flights to the EU, with tickets to other countries at exorbitant prices and the land borders with the Baltic countries practically closed to tourists, most of the departures by land have been to Georgia or Kazakhstan. However, the prospect of a wave of departures to EU countries has caused division among member states. While those in the east are committed to shielding their borders and are even reluctant to grant humanitarian visas, others, such as Germany, are willing to welcome those who desert the Moscow regime.

Brussels, which moves to try to unify positions, has sent new guidelines to the Twenty-seven. “The threat to security in general is serious,” said the European Commissioner for the Interior, Ylva Johansson, on Friday. This means that member states should do “more thorough” surveillance of each short-stay visa application and of who enters the EU from Russia, Johansson said.

If there is any doubt that the person intends to stay beyond the standard 90-day period or may pose a security threat, the visa and entry should be refused, the commissioner said. And except in very exceptional cases -with special visas-, Schengen entry permits can only be requested in one of the Member States. “Having a tourist visa or a short-stay visa in the EU is not a right, it is a privilege. The right to seek asylum is a fundamental right”, stressed Johansson, who pointed out that Russians can continue to apply for long-term visas and residence permits and urged Member States to prioritize requests from dissidents, independent journalists and those of those who request it for urgent family reasons.

Some 66,000 Russian citizens entered the EU legally in the week after Putin’s mobilization announcement, according to data from Frontex, the EU border agency; 30% more than the previous week. The majority of the arrivals, said the commissioner, have been men of an age to be the target of military mobilization. At the borders there have been about 20 to 30 asylum applications per day, during the last week, according to Johansson.

But the departures have raised fears that those fleeing may be infiltrated, in Kremlin tradition, by spies or undercover soldiers. “We have heard Russian representatives talk about going to the EU Member States and using the same language they used when they poisoned the Skripals,” said the Commissioner for the Interior, referring to the former Russian spy Sergei Skripal and his daughter Yulia, poisoned on British soil by Russian agents. “We have also seen Russian citizens who have come on tourist visas with the aim of provoking Ukrainian refugees and propagandizing for Putin,” she added.

The new Latin American route of the frigate 'Mercedes'