The vestigial tail, the hidden appendage of the man who defeated Napoleon at Waterloo 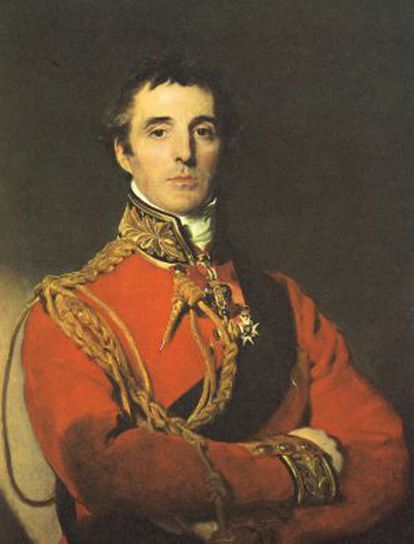 In one of his National Episodes, the writer Benito Pérez Galdós introduces us to Lord Wellington as a man with blue eyes and a sonorous voice who produced a “pleasant impression of respect and affection”.

We do not know what Galdós would have written if he had known about Wellington’s peculiarity, an attribute that began at the height of his coccyx and that extended about 21 centimeters like a rat’s tail. If he had known, Galdós would have changed his story and described Arthur Wellesley, Duke of Wellington, with the strangeness of his vestigial tail, which is how said appendage is scientifically known, since it preserves traces of human evolution.

It is curious to see how all of our evolutionary development is found in the human genome, and in the case of the vestigial tail, a repressed aspect of it is reactivated. According to recent research, and modeled on the genes that dominate tail development in mice, it has been found that these genes are also contained in the human genome. What happens is that our own genome also includes programmed cell death once the eight weeks of gestation have passed, which is when the aforementioned tail is lost, absorbed and goes on to form the backbone. We can verify this in the images of human embryos, being in the ultrasound where the vestigial tail of humans is best appreciated.

Something like 25 million years ago our ancestors stopped developing it, but not gradually, but suddenly. In fact, every time we sit down, we do so on the last piece of the spine, the coccyx, a vestige of the ancestral tail that we all develop and that, due to the action of a human gene, we lose before we are born.

However, there are cases, few, in which said human gene does not come into action and what happened to Wellington happens, who they say needed a special saddle to ride a horse. It is an excess that at the time covered a purpose, as wisdom teeth or hair also covered it and that in the same way can be taken as vestigial attributes, from when we were animals that had not yet developed reason.

When a case of vestigial tail occurs, what is done is to remove it from the newborn in a simple operation that does not require much complication. What happens is that in Wellington’s time (1769-1852) these surgeries were not performed and the rarity was kept secret, especially if you were a public figure like the man who defeated Napoleon at Waterloo and here, In our country, he was distinguished with titles such as Duke of Ciudad Rodrigo, Viscount of Talavera de la Reina and Grandee of Spain.

In addition to all this, he appeared as a character in The Battle of the Arapiles, (Alliance) one of the National Episodes written by Benito Pérez Galdós, an author whose work is being reborn in recent times, as if it were a genome whose genetic code was Castilian and whose traces now appear as the traces of our most hidden literary memory.

The stone ax is a section where Montero Glez, with prose will, exerts his particular siege on scientific reality to show that science and art are complementary forms of knowledge.

Where to see Rafa Nadal online against Kyrgios in the semifinals of Wimbledon 2022, live