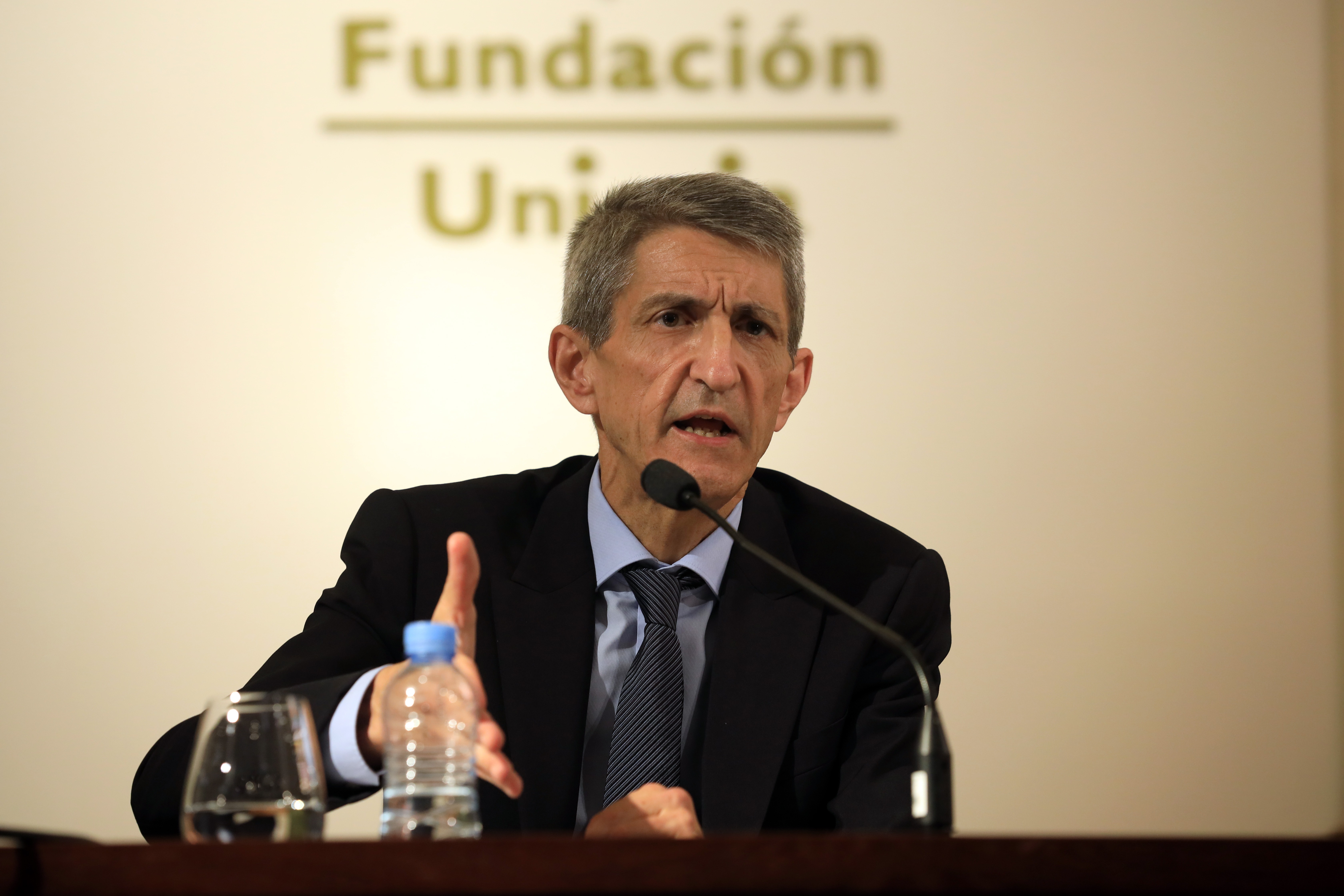 The Unicaja Foundation, the main shareholder of Unicaja Banco, evaluates whether the four directors who represent it on the entity’s board of directors deviated from the defense of the foundation’s interest and whether they have adjusted to what was agreed in the approved merger with Liberbank a year ago. The president of the Unicaja Banking Foundation, José Manuel Domínguez, stated this this Friday at his first press conference after being appointed to the position in June to replace Braulio Medel, whose presence in two foundations dependent on the main one has been announced to be reviewed and evaluated. In this way, everything is awaiting the study to verify whether these directors aligned themselves with the interests of Liberbank.

Regarding the directors who represent the Unicaja Foundation in the bank, who were criticized for having aligned themselves with the Liberbank bloc on the board of directors and thus altering the distribution of internal power, Domínguez explained that a report has been commissioned that Evaluate your performances. And he has specified that these directors affirm that they acted in defense of the foundation’s interests and that they have supported the merger project (which granted 60% to the former Unicaja Banco and 40% to Liberbank). Despite this, this study has been requested.

The report is intended to “corroborate” that its actions “fit in with the guidelines of the management protocol for the financial participation of the Unicaja Foundation in Unicaja Banco” and “contrast what decisions have been adopted that deviated from that framework in defense of the interests of the foundation.

Although the directors have the capacity to act freely, the foundation can set guidelines. If they do not repeatedly follow the strategic guidelines, “some action would have to be considered”, the president assured. Despite the fact that the directors maintain that they defended the interest of the bank and the foundation, Domínguez wants to contrast it. “We are in a transition phase. In general, we are going to review all the entities that make up the group and we will see which situation is the most appropriate”, he emphasized.

Regarding the forthcoming departure of a proprietary director from the bank so that an independent can enter, he believes it is logical that the one who leaves is the one who represents the shareholder with the lowest percentage of titles and recalls that the Unicaja Foundation (with 30%) comfortably exceeds the threshold to retain its four representatives. Asked if it would be the director Ernesto Luis Tinajero (elected in the Liberbank quota) who would leave the board, he has stated that one criterion can be that, the one that represents a shareholder with a lower percentage. Domínguez has also alluded to the “period of very intense public exposure” of the Unicaja Foundation in the media “for reasons other than its corporate purpose” and has asked that it “be given up”.

Regarding the weight of Unicaja Banco in the territory of Malaga and Andalusia, he has also said that it will be analyzed “if there has been any change”. However, territorial balance is one of its concerns and “the historical territorial link will be taken into account, which in no case would be neglected and would continue to mark the global identity of the institution”.

Regarding the reassessment of the current CEO of Unicaja Banco, Manuel Menéndez (from Liberbank), next year for his continuity he considers it “logical” to set criteria such as profitability, solvency, business expansion, management style, climate of trust and labor relations and that the council evaluates.

Regarding Medel and the suitability and governance reports that had been commissioned, Domínguez has pointed out that when he resigned from the presidency of the Unicaja Banking Foundation, “he declined by not being part of the governing body of the board of trustees.” Yes, it remained in force, he has recalled, the second report, commissioned from a consultant and which was sent to the Protectorate of Banking Foundations, dependent on the Ministry of Economic Affairs and Digital Transformation.

At this point, he recalled that Medel continues to lead these two foundations (Unicaja Ronda and Unicaja cultural) that have “a different personality and are governed by different boards of trustees than the Banking Foundation”, but he clarified that the latter has “power to appoint and dismiss the members of these foundations”.

The Unicaja Foundation, with a budget of 40 million, 700 direct and 200 indirect jobs, has also announced its 2023-2025 strategic plan, which plans to strengthen environmental, social and governance criteria, extend the activity to its entire territorial area and guarantee sustainability of basic social work with a reserve fund.

The suspense is over: Muriqi, officer