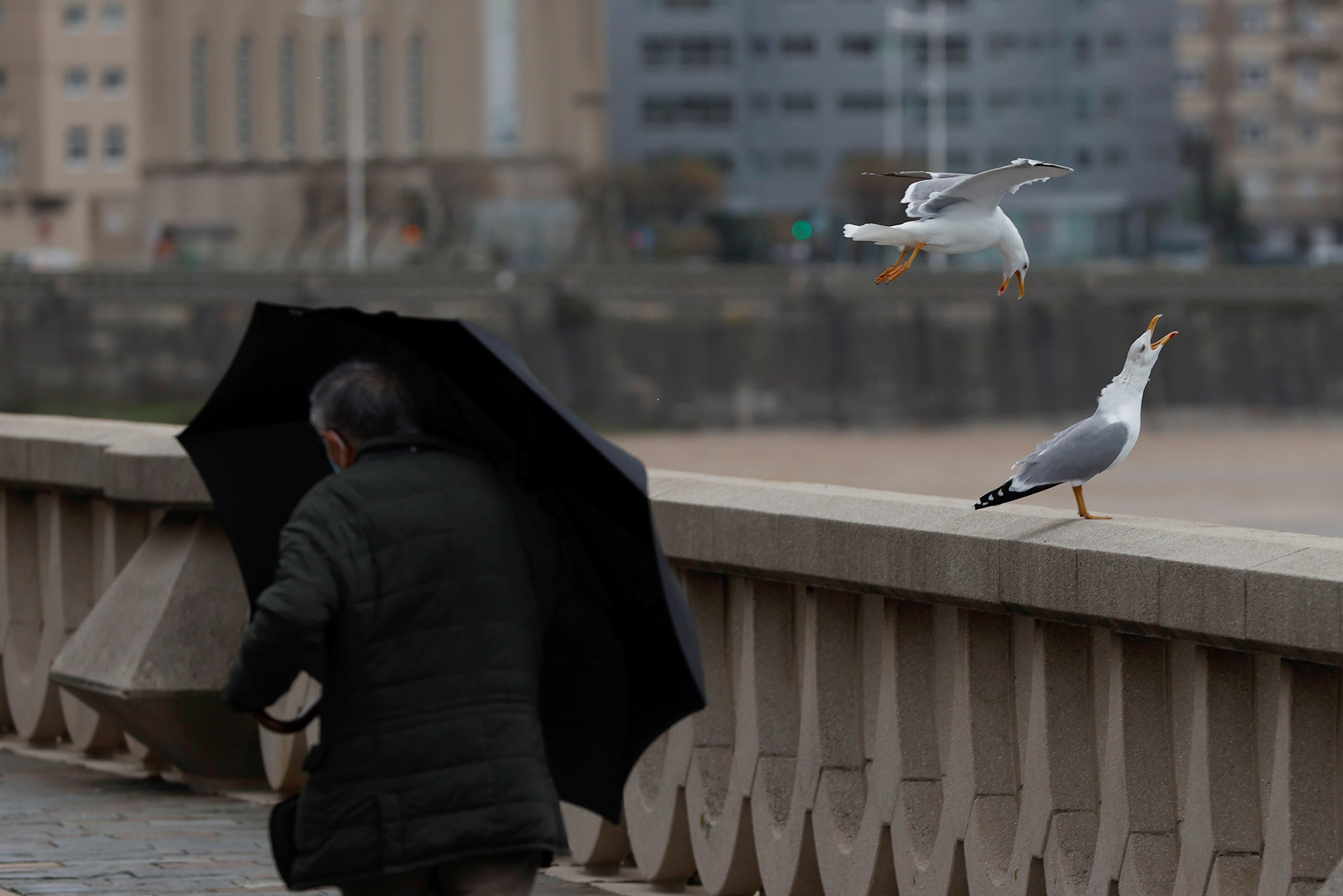 From the beach on New Year’s Eve to shelter and umbrellas for the Three Kings parade. As of this Tuesday, a radical change in the weather is coming in Spain after living a spring December 31st, even summer. So much so that it was the warmest year at least since 1950, an episode described as extraordinary by the State Meteorological Agency (Aemet) for its intensity and its duration, since during eight days the temperatures were an average of six degrees above those that correspond. However, a sharp drop in temperatures of up to 12 degrees will make Wednesday the same for the month or even “slightly colder” in the northern half, advances Rubén del Campo, spokesman for Aemet. “The frosts will return and in the central hours of the day they will not exceed 15º”, continues the meteorologist, to add that the passage of successive fronts will leave rains, especially in the north.

The cause of this abrupt change is the replacement of the subtropical air mass “extremely warm for the time”, which settled and overheated in the country, by a polar air mass – which does not mean that it comes from the Pole, but higher latitudes. The beginning of the change took place already on Monday evening, with the arrival of a front at the western end of Galicia. This Tuesday, it will cross the Peninsula from west to east and, after it, the cold mass will make an appearance, which will cause a notable thermal drop. It will be “very palpable” in the western half of the Peninsula, between 10º and 12º in León, Valladolid or Madrid, while in the Mediterranean regions the temperatures will rise “somewhat markedly”, with 25º on the coast of the Valencian Community. The atmosphere will continue to be warm in the Cantabrian Sea, with highs of more than 20º.

Accused thermal decline today and tomorrow, although temperatures will probably rise again in the final stretch of this week and early next. (IFS) pic.twitter.com/NqH5EfgLS0

The rains will mainly affect Galicia and Cantabrian communities, while the skies will cover the rest of the Peninsula and the rains will spread to the northern half, the central area and the mountains of the southeast. No water is expected in Andalusia, Murcia and the south of the Valencian Community. The snow will return, with a height between 1,000 and 1,400 meters in the north and center and 1,500 in the south, and there will be strong or very strong gusts of wind in mountains, coastlines and northern plateau. In the Canary Islands, the skies are clear with some haze and temperatures will drop a bit, but they will still be high.

On Wednesday, the wind will blow with intensity in the Mediterranean area and in mountain areas of the northern half and a new front will leave rains in the northern third of the peninsula, especially in Galicia, eastern Cantabrian and Pyrenees. In Castilla y León, the Iberian system and mountains of the southeast, the rains will be weak and scattered and a drop cannot be ruled out in the central zone and southern plateau.

A change in weather begins that will leave us with rainfall today Tuesday and January 5 and 6 in the surroundings of the Peninsula and the Balearic Islands (HRES-IFS) pic.twitter.com/2ZwleHcsRI

What affects the most is what happens closer. To not miss anything, subscribe.

The elevation will drop to 900 meters in the Pyrenees and to 900 / 1,200 in the rest of the northern half and above 1,200 in the south. Temperatures will continue their decline, especially in the Cantabrian, central zone, east of the Peninsula and the Balearic Islands, with 6º to 10º less than the previous day. In areas of the Cantabrian Sea and the eastern third they can fall up to 12º. The daytime environment will be cold, with maximums in the two plateaus of 5º to 10º; from 10º to 15º in the Cantabrian Sea, the interior of Andalusia and Extremadura; and between 15º and 18º in the Mediterranean regions, “normal” values ​​for the time in general but “somewhat low” in the interior of the northern half. In the Canary Islands, “the trade wind regime will be restored, leaving abundant clouds and rains in the north of the islands of greater relief on Wednesday and Thursday, and normal temperatures”.

On Thursday, the minimums will continue to fall, with frosts in a good part of the interior: in Teruel or Soria it will reach -6º, while -3º to -5º in Pamplona, ​​Victoria, Huesca or Lleida will be around. “It could even freeze near the Basque coast, as in Bilbao, where it could go down to -1º”, the spokesperson emphasized. In Madrid, you expect between 0º and 1º in the center and -2 / -3º in the airport. The maximums will rise in the Cantabrian Sea and in the western half and will remain the same in the rest. There will be occasional and scattered rains in Galicia, the Cantabrian Sea and the Pyrenees, which cannot be ruled out reaching mountainous areas in the center and southeast. Instead, it will be a “stable day, with slightly cloudy skies and no rain” in the rest. The level will drop a little more in the Pyrenees to 700 meters, while in the rest it will rise to between 1,000 and 1,400 meters.

The judge releases the elderly man arrested for the death of his wife in Valencia, considering that it was due to an accident