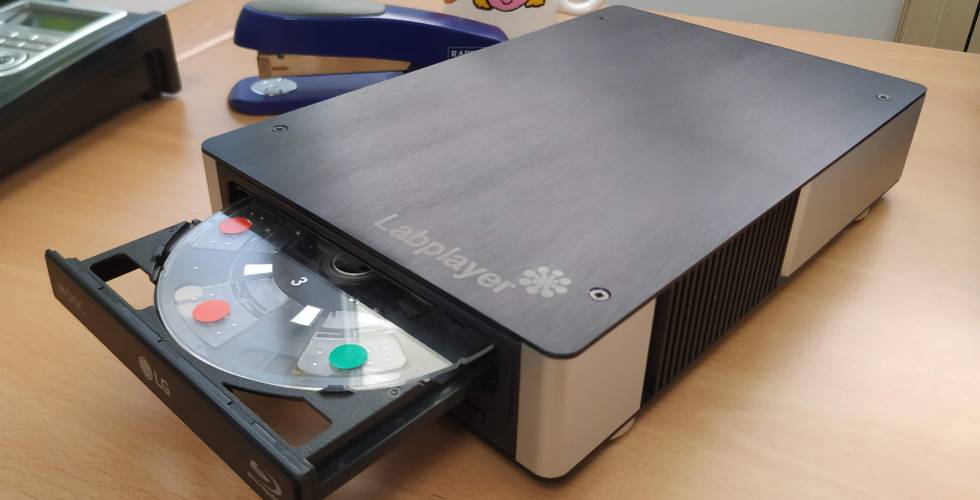 The outbreak of the pandemic completely changed the global health framework, causing a huge demand for detection systems for respiratory infections. In this new context, a team from the Polytechnic University of Valencia has developed a new test, based on compact disc technology, which allows up to five different respiratory infections to be detected quickly, easily and at a very low cost.

The new test is still in the prototype phase, but it is capable of analyzing up to six samples at the same time, in 30 minutes and at a cost that the researchers calculate at 1 euro per sample, according to sources from the academic institution.

The UPV team, coordinated by Professor Ángel Maquieira, belonging to the UPV’s Institute for Molecular Recognition and Technological Development (IDM), has had the collaboration of the University of Valencia (UV) and the Clinical Hospital of Valencia-Institute Health Research (Incliva).

“The main advantage of this system is the possibility of simultaneously identifying and discriminating several respiratory diseases in a single test. Both nasopharyngeal samples and blood samples can be analyzed in the same device”, explains Maquieira.

The biosensor allows incorporating new viruses or strains of interest

The test-type system consists of a transparent disc with structures where the samples to be analyzed are deposited, and a DVD-type compact disc player that reads the sample. “When a person tests positive, the sample generates an optical signal that the reader interprets and determines whether the patient is infected or not, and what pathology they are suffering from,” explains Sergi Morais, professor at the UPV Department of Chemistry and one of the creators of the test.

Another of the distinctive features of this device is its versatility, since it would be capable of detecting new variants of interest, and other microorganisms, that occur in the same period of the year. “This multiple and rapid detection has not been reported by any other type of rapid testing device,” says William Teixeira, another of the developers of the test.

The health crisis was a reality check for the population as a whole, focusing on the importance of prevention in the face of possible pandemics. That is why this new device is so significant, since it allows the identification of new viruses or strains of interest. “You can even consider its use to evaluate the effectiveness of population vaccination, since it also allows you to analyze the antibodies of people who have already suffered or are suffering from any of these diseases,” adds Teixeira.

The device has great potential for carrying out massive tests and is especially useful for carrying out preventive examinations in places with a large influx of people such as airports, schools, hospitals or stadiums.

To check its effectiveness, the researchers analyzed 287 samples from individuals suspected of having Covid-19, and compared them with commercially established methods. “100% of the samples that were positive to the reactive strip test were also detected as positive by our biosensor. In the case of Covid-19, the ability to predict positive and negative test results has been 88% and 98%, respectively, for the serological test, and 95% and 100% for the antigen test”, Morais points out.

The conditions it detects

Covid-19. Infectious disease caused by the SARS-CoV-2 virus. Originating in the Chinese city of Wuhan, lockdowns were precipitated around the world in early 2020. It has claimed nearly six and a half million deaths worldwide.

Influenza A. Better known as influenza A. Of swine origin, it caused a pandemic in 2009 that lasted for about a year. In Spain, 373 deaths were registered until December 2009, the date on which the Ministry of Health stopped counting.

Influenza B. It mutates two to three times more slowly than influenza A and is less common. The disease derived from this virus is more frequent in children under 5 years of age who have not received the vaccine.

Adenovirus. They are more common in infants and young children. Most children have had at least one adenovirus infection before their 10th birthday. They are a group of viruses that usually cause respiratory diseases such as colds, conjunctivitis, bronchiolitis or pneumonia.

respiratory syncytial virus. It is a common viral disease. It usually causes mild cold-like symptoms but can cause serious lung infections, especially in infants, the elderly, and people with serious medical conditions. Most infections go away on their own in a week or two.

Barça's tears give results: Munuera Montero will whistle them against Real