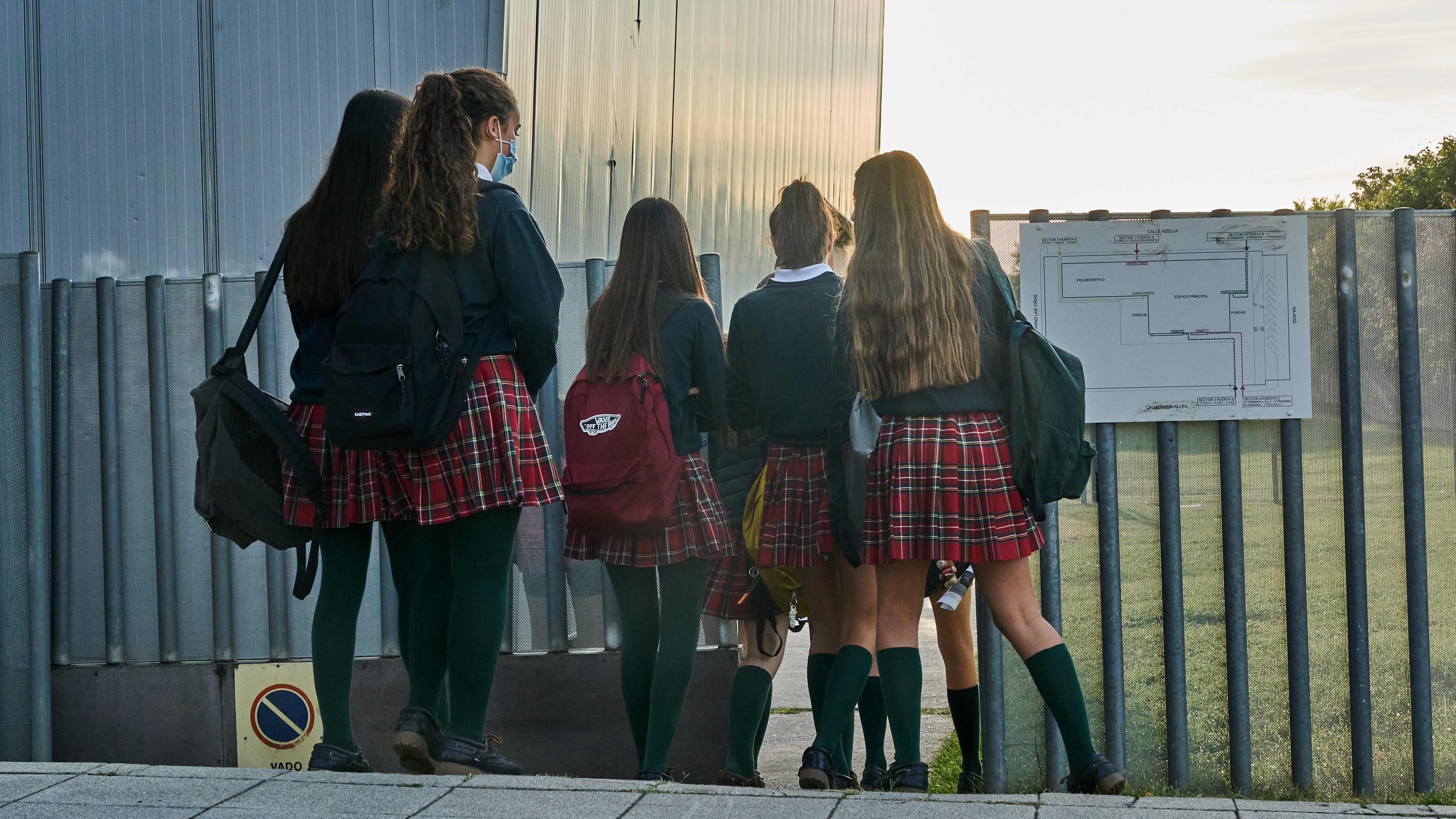 The Superior Court of Justice of Navarra (TSJN) has raised a question of unconstitutionality for the additional provision of the Organic Law of Education (Lomloe) that prohibits financing with public funds, through concerts, schools that segregate children and the girls. In Navarra there are two: Miravalles-El Redín and Irabia-Izaga, both in the capital and linked to Opus Dei. Each of them divides their students into independent centers, even located in different neighborhoods of Pamplona: the girls in Miravalles and Izaga, the boys in El Redín and Irabia. The question of unconstitutionality has been raised by the Navarre court, after both centers filed appeals against Navarra’s decision to remove their funding if they maintain school segregation by sex. The foral community was the first to renew an educational concert after the approval of the educational law prepared by the Government of Pedro Sánchez. He did it in April 2021 with the primary stage, and this same year, with the baccalaureate. After hearing the news, the Minister of Education of the Government of Navarra, Carlos Gimeno, has assured that the doubts of the court do not affect or question the actions of the regional executive, much less prevent them from being applied.

The Contentious-Administrative Chamber of the TSJN has made public two orders, against which there is no recourse, in which it is raised whether this rule can cause “discriminatory treatment” to those schools compared to the rest that do develop the principle of co-education. Thus, the court suspends the open judicial process and will not resume it until the resolution of the Constitutional Court is known, which has already admitted for processing the appeal presented on this rule by the Vox deputies in Congress. Specifically, the TSJN considers the constitutionality of additional provision 25 of the Lomloe, which establishes that “in order to promote equal rights and opportunities and promote effective equality between men and women, centers supported partially or totally with public funds will develop the principle of coeducation in all educational stages [..] for the effective equality of women and men, and they will not separate the students by their gender”.

The court considers that the constitutional norm may be violated in three aspects. In the first place, it considers whether or not this norm guarantees equality before the law of those who go to these centers (art. 14 of the EC) because “it materially excludes schools that offer differentiated education from granting concerts”. Secondly, he believes that the right of parents to have their children receive the religious and moral education that is in accordance with their own convictions (art.27.3 of the CE) may be being violated, since, if these schools are not financed with public funds, many families could not bear the high cost of enrolling minors there. Lastly, the TSJN considers that this rule may infringe other constitutional articles, such as the one that provides that basic education is “compulsory and free” (art.27.4) or the one that recognizes the freedom to create educational centers, provided they respect the constitutional principles (27.6).

The reaction of the Provincial Government – PSN, Geroa Bai and Podemos – has not been long in coming. The Minister of Education, Carlos Gimeno, has asserted “that this circumstance does not paralyze anything, it does not question any action by the Government of Navarra and it has no effect on what is being applied in the current educational system.” The only thing that has happened, he insists, is that the judicial procedure here in Navarra in which the appeals presented by these centers are settled for the progressive extinction of the educational agreement in Primary has been suspended, but this does not imply that Lomloe has stopped be in force In other words, Gimeno has qualified that the court considers the constitutionality of a specific resolution, which requires the centers to sign a declaration of regulatory compliance, that is, that they commit in writing and officially to mix their students in exchange to receive public funds. In no case, says Gimeno, the question of unconstitutionality goes against the regional government, since the Lomloe is an organic law to which the regional executive must submit.

In practice, this question of unconstitutionality does not revoke the decision of the Government of Navarra to extinguish the primary agreement with these centers. In September 2021, once the agreement for the primary stage was renewed, the department verified that the centers had only implemented mixed classrooms in the first year of this stage, without mixing the students in the others. At that time, Education activated the mechanism for the progressive extinction of segregation, given the department’s inability to relocate the more than 1,700 affected students to other public or subsidized centers in the Pamplona region with the same model and language program chosen and also respecting the family grouping. To avoid chaos, Education applied Ley Foral 17/2012. A legal mechanism, unique in Spain, which articulates the progressive suppression of the concert and which establishes that concerts with centers that segregate their students by sex “may be extended by reasoned agreement of the Government of Navarra for the sole purpose of guaranteeing continuity of the students currently enrolled in these centers until the completion of the compulsory educational stages”.

This provision was promoted by the IU and approved by Parliament in 2012, with Yolanda Barcina (UPN) being president. In other words, with this tool, Education can continue financing these centers until the 2026/27 academic year, but with one condition: they must end segregation in a phased manner. In other words, they will receive public funds as long as the mixed classrooms (currently the first and second year of primary school) move on to the following years under the same conditions. In this way, by 2027 segregated education would have been extinguished in Navarra. Thus, if the Constitutional does not pronounce before the beginning of the next academic year, these schools must mix the students of the third year of this stage, if they want to continue receiving public financing.

From the Ministry of Education they have transferred their “absolute respect” to justice and will wait to hear the resolution of the Constitutional Court before ruling. For their part, the management of the Navarrese centers for differentiated education have not wanted to make any statement.

In addition to the agreement with subsidized schools that provide Primary Education, the Provincial Government renewed the educational agreement with Baccalaureate centers at the beginning of 2022. On this occasion, Miravalles-EL Redín and Irabia-Izaga have not complied with their commitment and have not mixed their students. This led the department to initiate an administrative process to determine whether or not to remove their funding.

Counselor Gimeno has indicated that in the coming weeks the department’s decision on whether or not to extinguish said concert will be known. At this point, the question is different from Primary for several relevant reasons. On the one hand, it is not a stage of compulsory education, so it does not necessarily have to be public. In addition, if it were to be privatized, the number of affected students is very small and they could be relocated to the public network if the families do not have the resources to pay the school fees. On the other hand, the possibility of a progressive extinction, applied in primary school thanks to the regional norm approved by Navarra, would not have a great impact either because there are only two years. In any case, these are issues that are still being studied.