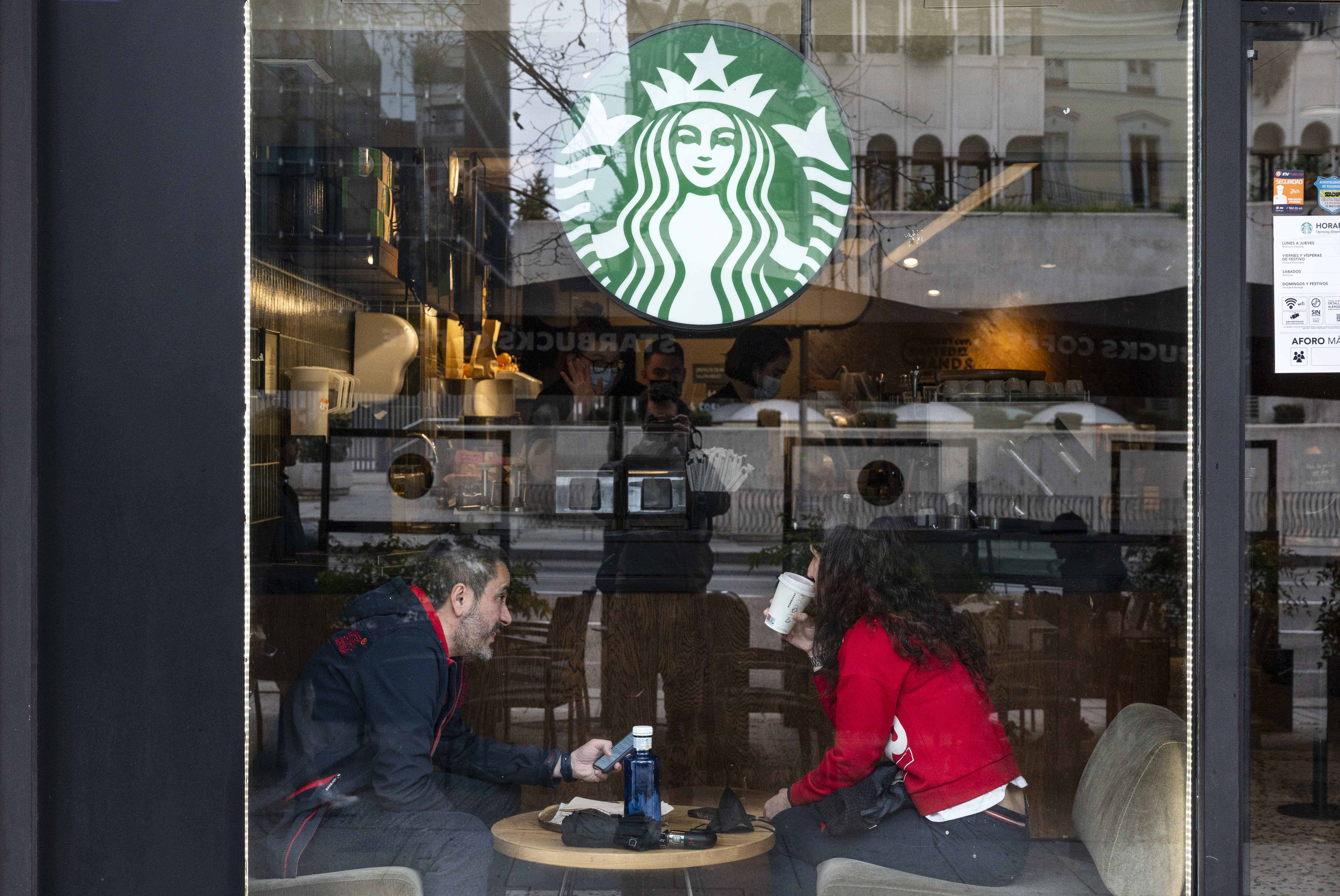 When Howard Schultz considered expanding Starbucks outside the United States, he thought of Japan, but the board asked him to hire a consultant because the team had no international experience. The report was blunt: it will be a resounding failure. The non-smoking policy, the high cost of rent and the Japanese people’s little habit of eating and drinking on the street would condemn the chain. Schultz decided to take a chance. In 1996 he opened with a local partner, and he did it deliberately in the height of summer, in all the heat and humidity of Tokyo, at a time when Starbucks still only served hot coffee, to have an excuse with his partner if the things went wrong. The day before he told her: “It’s going to be a difficult day”, but the translator was afraid and what she told him was going to be a historic day. Schultz did not sleep the night before the opening. When he arrived to inaugurate the premises, in Ginza (Tokyo), the queue went around the corner. At first he thought extras had been hired, but then he learned that many had stayed overnight. “We cut the tape and a young man, who didn’t speak a word of English, rushed to the bar and said: a double tall latte. At that moment, we knew we were home.” Today Starbucks has 400 stores in Tokyo and 1,800 in Japan. The anecdote was told last month by Howard Schultz to investors and analysts at a conference in Seattle (Washington) in which the company’s directors presented the company’s future plans.

The executive turned a small chain that in 1987 had just a dozen coffee shops in Seattle into a world icon that is worth about 100,000 million euros on the stock market. It has 35,000 stores in 80 markets and more than 400,000 employees, including franchises. Schultz has retired twice, in 2000 and in 2017, and has returned both times. He returned in 2008 in the face of the financial crisis. He took drastic measures, such as closing unprofitable stores and laying off many of the managers, and new growth initiatives, from the loyalty program to expansion in China.

This time he has returned after another crisis, that of the pandemic, and only for one year, until April 2023, when he will be succeeded by Laxman Narasimhan, a former director of Pepsico, who also made his debut before analysts: “I came to this country with nothing. I am the epitome of the American dream. Resilience is what defines me ”, was the most resounding phrase of his.

Schultz assures that the third withdrawal is the charm, but in the meantime, he has drawn up the roadmap and has presented it together with his directors. The word that sounded the most in the marathon day held at the company’s headquarters was “reinvention”. It was almost six hours of presentations. “Don’t worry, we have plenty of coffee,” one manager joked.

The day included the presentation of new products, such as a pistachio, cocoa and citrus-flavored cold drink (Pistachio Creme Cold Brew), which will be the big launch next winter, demonstrations of the new coffee machines and machines —which save time and money in beverage preparation—and new business initiatives, all mixed with optimistic growth and profitability forecasts, and promises of multi-million dollar dividends.

“We are reinventing the company, but we are not reinventing what we do. We’re just reinventing how we do it,” Schultz said. Actually, that reinvention began with the pandemic. Starbucks barely had home delivery and now receives 25% of orders by mobile and ships 50% to go.

A comer a Starbucks

Starbucks assures that the majority of its customers are already millennials or generation Z. Most opt ​​for cold drinks, which already represent 70% of sales in the United States, with peaks of 80% in summer. Cold drinks aren’t the only ones driving sales. “More and more customers are looking for food at Starbucks. It is another accelerator of growth”, explained Brad Brewer, head of marketing for the group. Not long ago, he said, only one in five customers, 20%, ordered something to eat with their drink. Now it is double, 40%. “We are only at the beginning,” he added. The company is launching market tests to sell freshly baked pastries, salads, vegetarian foods, other foods made with eggs… The sale of new ready-to-drink products in supermarkets and other channels will be another avenue for growth.

The Starbucks Rewards loyalty program is being another way of reinventing itself. It already has 58 million members, of which 27 million are in the United States (one in 10 adults in the country). It works in its own establishments, but the group wants to extend it to all the franchises it has in hotels, airports, hypermarkets and others.

The company is part of a new initiative, Starbucks Connect, with which it also wants to boost mobile orders. The company has allied itself with Uber Eats and in 2023 it also wants to distribute throughout the United States with DoorDash, another of the greats in the sector. Starbucks will open dedicated delivery-only locations to ease the burden on the most congested coffee shops. “Whatever time it is, Starbucks can serve you in your car, at home, on the beach or wherever you are,” says Brewer, noting that it is already a well-loved brand: “Last December, Starbucks sold more cards as a gift than Apple, Google, Home Depot and Target combined.” In the United States, almost half of consumer spending in its chain is prepaid, which gives it a huge strategic advantage. Now, the company wants to launch Rewards Together, an alliance with other loyalty cards to obtain and redeem points: airlines, fashion stores, hotels and other brands are in the spotlight. The company expects to launch its first alliance in October.

It is also time for locals to renew themselves. “It is clear that our physical stores have to change. They were built for a different time. And they have to modernize to live up to this moment,” said chief operating officer John Culver. The axis will be automation, from the possibility of placing orders for screens to a renewal of production equipment. The new Syren System, which they demonstrated, allows the time needed to make a Frappuccino to be reduced from 83 to 35 seconds by reorganizing the processes. And a new machine will convert in a matter of seconds the preparation of cold coffee, when until now 20 steps and 20 hours were used, since it was left to rest. Starbucks assures that the quality will not suffer (“not one step backwards”, assured Schultz).

“Reinvention will usher in a new era of growth,” promised Rachel Ruggeri, CFO. More sales in existing cafes, new openings and higher margins will allow profits to grow at a rate of 15% to 20% a year for the next three years, compared to the previous forecast of 10% to 12%. The company plans to reach 45,000 stores by 2025, with a large part of the openings concentrated in China, and by 2030, with 55,000. “We expect to open almost eight locations a day,” Ruggeri said. Starbucks will distribute 50% of the profit in dividends and between that and the share buybacks it plans to allocate some 20,000 million to shareholders in the next three years.

Schultz, who turned 69 in July, has returned to the helm at a time when Starbucks also needs to deal with a labor crisis with its US employees. The company has not very cleanly fought the unionization of waiters and now recognizes that it has made mistakes with its workers (whom it calls partners, even though they are not).

“We have a trust deficit with our partners, not with all of them, but with too many, with the green apron partners, in particular, in our stores. We have not lived up to our obligations”, confessed the head of Strategy, Frank Britt. Managers promise wage increases, easier digital tips, career plans, more furloughs, flexibility and other improvements in working conditions and are finally open to negotiating with unions where workers have turned to them. The reinvention also reaches the human resources department.