The rise in interest rates relaunches the banking war for deposits 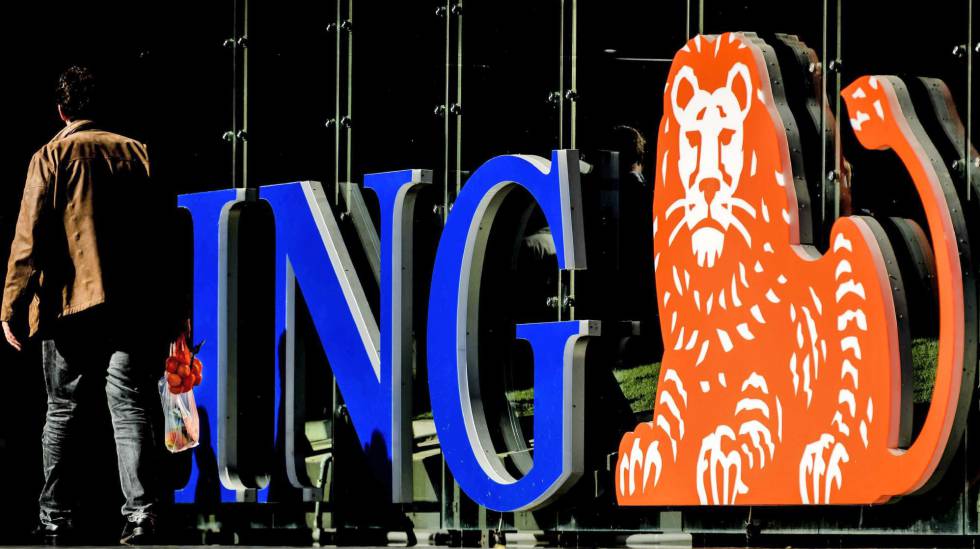 The policy shift in the ECB’s engine room to combat inflation has left behind an era of zero or negative interest rates. And, by the way, it has relaunched the war for bank deposits. The price of money is already at 1.25% in Europe, which will increase the income of the financial sector, especially when loans that are at a variable rate are updated, as is the case with a good part of mortgages. This represents an additional cost for indebted customers, although those who have savings will benefit at some point. In fact, the entities are already beginning to pay for that money, although still timidly because they have a lot of liquidity.

In this scenario, ING Spain is the one that puts the most pressure on the large groups at the moment. This week it has announced the return of the remuneration of the orange account, the one with which it snatched so many clients from the country’s large banks in the past (it had been on hold for years due to the low rate environment). As of November 1, it eliminates the commission for those who have more than 30,000 euros in their account and recovers the payment for the savings of their clients in the account, without limit. It does so with 0.3% APR (annual equivalent rate), still a low bar, but thus opens the ban to resume a war for deposits that is already on the table for almost all groups operating in Spain.

Movements along this line are not yet widespread. And it seems that the acceleration of costs for clients seeking financing will be faster than the remuneration of savings. This, according to Leopoldo Torralba, an economist at Arcano Economic Research, is explained by several reasons. First, because of how long it takes for the portfolio to revalue at the new price of money (for example, variable-rate mortgages are normally updated every 12 months). And, furthermore, as they are covered with a lot of liquidity, they have no urgency to fight for a more expensive liability than the one they already have. “The remuneration for the deposits is going to be slower than the income that will increase from the loans, because the banks at the moment want to recover the profitability lost in the years of low rates,” Torralba points out.

This explains that until now the movement in most entities has been limited to the bonus to attract new customers who direct their payroll and not to pay for savings. Banco Santander has offered a 100-euro check in this regard since the spring of 2021. And BBVA announced last week a 150-euro bonus to new customers in Spain who take their salary or pension income before the end of October. A strategy focused on increasing the number of linked customers more than the total number of users.

Then there is another group of smaller entities where the commercial offer is more diverse and, in some cases, also more attractive. Sabadell, for example, offers 50 euros for new customers and a remuneration of 1% APR for the first year up to a maximum balance of 30,000 euros. And if they include payroll or three receipts, increase that bonus to 2%. Bankinter has maintained its payroll account for a decade, with no change in conditions (5% APR the first year and 2% the second, with a maximum amount to be remunerated of 5,000 euros). Unicaja, for its part, gives a bonus of 150 euros to new customers who also direct deposit their salary. Like Cajamar, which offers up to 200 euros to attract users. Or Abanca, which gives up to 300 euros also for customers who now direct their payroll.

In this brief review there is a notable absence: CaixaBank. The entity’s CEO, Gonzalo Gortázar, assured this week at a financial conference organized by Bank of America in London that interest rates are still not high enough to pay for deposits. In addition, the executive already explained in the last presentation of results that the idea of ​​the Catalan entity was not to remunerate the liability in the short term: “We are not going to look for clients to offer them remuneration in the deposit, but rather look for the best for other pathways,” he assured in July.

Despite this resistance, sources from the main entities in the country and from the sector acknowledge that the remuneration for deposits will return sooner or later. “It is possible that in the coming weeks or months we will see a change in the focus of the commercial strategy of the entities and that they will move the effort in capturing and retaining towards the remuneration of the liability”, maintain financial sources.

It is thus an unstoppable trend, especially due to fear of competition and customer theft. “There will be a war to win quota, although it will not be very strong because there are fewer banks than before. But, for example, the movement of ING can cause depositors to flee and the big banks will have to respond to these offers, although in their case it will be defensively”, explains Torralba. Thus, the big ones in Spain (CaixaBank, Santander and BBVA) will be the last to move, but they will do so with complete certainty if their share is in danger.

The number of financial clients in Spain is what there is, so almost the only way to grow is by stealing from the adversary. For this reason, the smallest banks are the most aggressive in their commercial offers, since it is almost their only weapon to snatch users from the dominators of the sector. This explains why banks like Mediolanum or EBN have jumped into the deposit remuneration pool earlier and, moreover, with better offers.

In the case of Mediolanum, it offers a 6-month deposit with 2% APR interest for amounts between 2,000 and 50,000 euros. This promotion is limited to new customers who bring their payroll, a monthly income of more than 700 euros or direct debit two receipts. Sources from the entity also explain that they are not seeking to capture liabilities, but to make the bank known and grow in the number of linked customers. Something similar happens with EBN, which has also improved its offer in 12-month deposits with an investment of between 20,000 and 800,000 euros: half will receive a 2% APR and the other half must be used for investment products on the EBN platform. entity or in its managed portfolio service.

Tax on "the rich": Threatens up to 50% of employment in Spain