The race for oppositions has begun: at stake there are 45,000 jobs for life 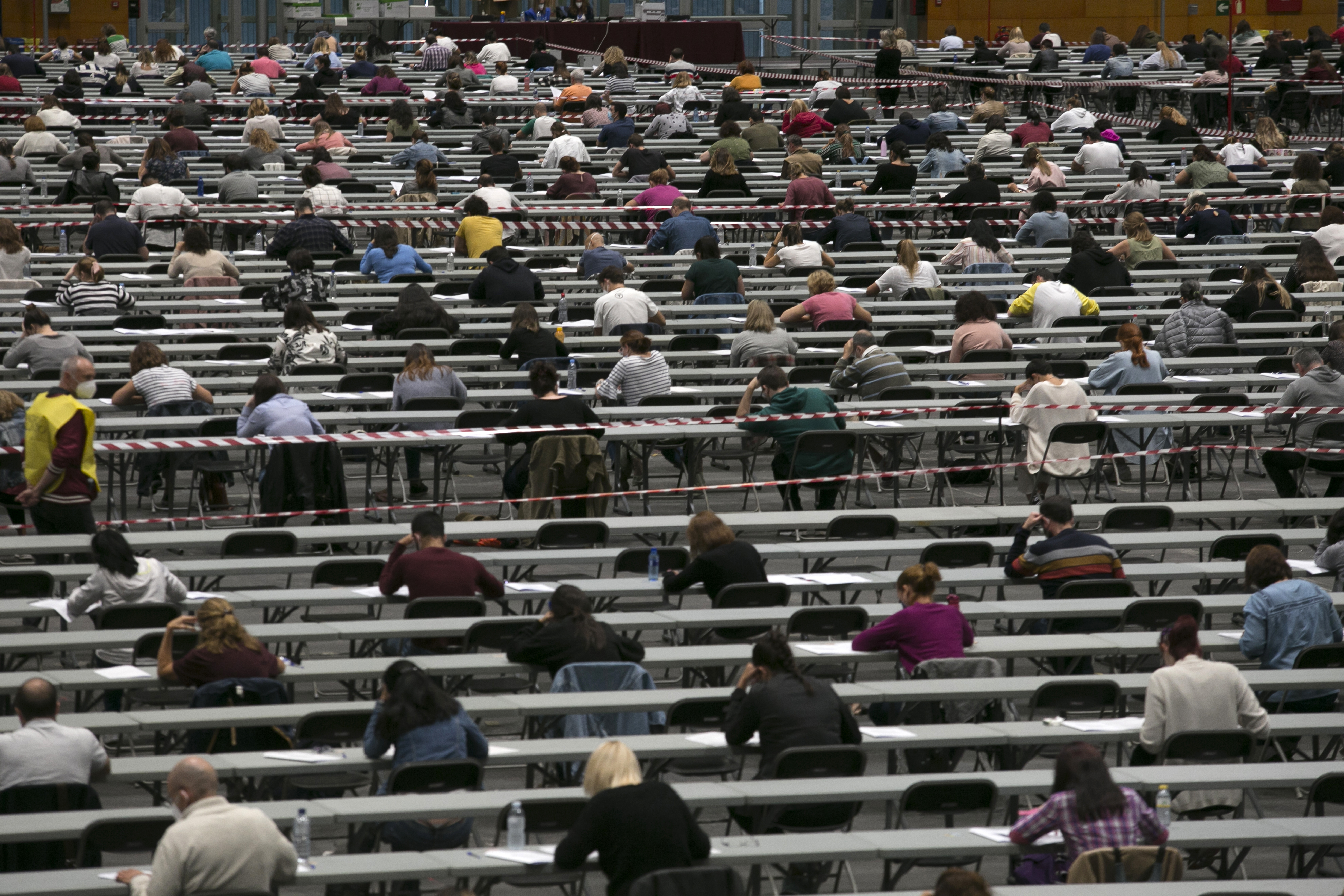 The call for a public employment offer arrives with a loaf of bread under his arm. The battery of novelties that this edition incorporates, which will hardly be repeated, encourages a path of great possibilities to win a place. To begin with, we attended a macro call (45,000 places) because it unifies those that could not be called due to the extension of the Budgets and the pandemic. Due to its publication in the BOE in December, which will open the deadline to submit applications, the general coordinator of the opposition area of ​​the Center for Financial Studies, CEF, Ángela de las Heras, advises: “If you are going to present it, start studying now. ”.

“But first, find out very well about the bodies you can access.” De las Heras reports that for Social Security auditors (200 issues) 18 places have been called and 48 instances have been presented. “Sometimes it is more interesting to present yourself to higher bodies, despite requiring more topics, because the squares are becoming deserted.” This selective macroprocess of thousands and thousands of vacancies is distributed in 34,151 for the ordinary offer (replacement of personnel due to aging personnel and internal promotion) and 10,636 for stabilization, “to solve the high temporary rate of interims, although they are open to anyone”, clarifies the coordinator of the CEF.

This call has also gained in attractiveness. If the height limit has been eliminated to access the National Police and the spelling test is no longer qualifying, the Social Security Management Body celebrates the closeness of its function as a service to the citizen with its assistance to Ukrainian refugees from reception, care and referral centers, Creade. “It is quite an experience to help these people, with whom we have been in direct contact, to speed up their access to work by providing them with a Social Security affiliation number”, highlights Ana Pérez López, head of the treasury department in the Madrid municipality of Alcorcon.

And he adds: “Listening, observing their integrity and how they convey their sincere gratitude to you, ratifies your vocation for public service and the wisdom of having dedicated a year and a half of your life to this opposition of the A2 Social Security Management group”. Pérez assures that facing 77 subjects supposes a hard period of study, “but it becomes more bearable if you attend an academy, where you carry out continuous exams and reviews and you get together with classmates who are in the same”.

In addition to the support of an academy, whose cost is around 120 euros per month, there is a very good reason to motivate the opposition and that very few talk about: the colossal numbers of applications (the procedure costs between 30 and 60 euros), which then They are not as fierce as they are painted. “Sending an application does not mean taking the exam,” says Gloria Oliveros, director of public employment at Adams Training. And she exemplifies: “In the opposition for state administrators, 40,715 applications were counted and then 18,481 applicants took the exam, which drastically lowers the competition and multiplies the chances of passing.”

The “generosity of this call”, as De las Heras qualifies it, together with the usual benefits of a public job (stability, hours, salary, offer of positions, conciliation or internal promotion) and the uncertainty that the country is going through ( invasion of Ukraine, energy and gas crisis, high inflation…), makes the opposition increasingly valued as an option for job change. “The opponent’s profile is getting bigger and bigger. 36% of our students are between 41 and 50 years old. Specifically, those over 50 years of age have risen four points and account for 21% of the total”, assures the director of Adams Training.

Similarly, the National Police (basic scale: 2,456 positions and 44 topics, and executive scale: 150 positions and 81 topics) accommodates these profiles since the Supreme Court annulled the 30-year limit to enter the force. From Gijón, in the National Academy, they agree on the increase in the age of the opponent, although the majority respond to lower age groups. “In any case, it is a very interesting opposition due to its opportunities and variety of positions (scientist, narcotics, escort, cavalry, Casa del Rey…), for its salary (1,700 police and 2,500 chief inspector) and the possibility of internal promotion from the beginning”, points out Elena Cabero, director of the academy.

Another novelty of the body is the creation of the University Training Center of the National Police, based in Ávila, which will involve an investment of four million euros. “A university where official university degrees can be obtained, whose study plans are already well advanced, as well as promoting and developing lines of research”, appreciates the director of the National Police School, José Luis Tejedor. Although he acknowledges that the police is a “complicated opposition” due to the number of applicants and their level of preparation. He recommends “taking it seriously, studying hard and motivating yourself from the satisfaction that crime prevention and helping people will bring.”

He also insists on the multitude of functions “that he will be able to develop in the different units, such as helicopter pilot, veterinarian, architect, chemist, biologist, social worker, psychologist, journalist, engineer and criminologist, among many others.” Ignacio García Trevijano, a graduate in Criminology, has approved this opposition: “I have dedicated the second year eight hours a day with rest on Sundays.” Although he warns: “You have to put up with the opponent.” He points out as his main motivation: “The fact that my best friend approved the opposition for the Civil Guard (1,671 places and 24 subjects) the first year”.

With the place in hand, he advises alternating study with daily sports, going to an academy and not forgetting to go out with friends. And in the exams, “very calm in the physical tests, doing hundreds of tests and taking care of the personal interview, answering honestly, looking at the two examiners and gesturing little”. And he makes one last warning: “When you enter, do not sit down until you are invited to do so.”

After the pandemic, the opposition world has seen the study decentralized. In this period, remote classes have been consolidated, “which has made it possible to study from anywhere in Spain that has an internet connection and facilitate conciliation by avoiding displacement,” Gloria Oliveros highlights.
Implementing hybridization has meant designing new strategies and investments in the business model. Specifically from Adams Training, Oliveros underlines: “We have redirected 75% of the investment budget in 2020-2021 to convert our classrooms into hybrid spaces that simultaneously allow face-to-face and videoconference training.”

Marta Segarra: "Whoever says that man is the only animal that rapes is wrong"