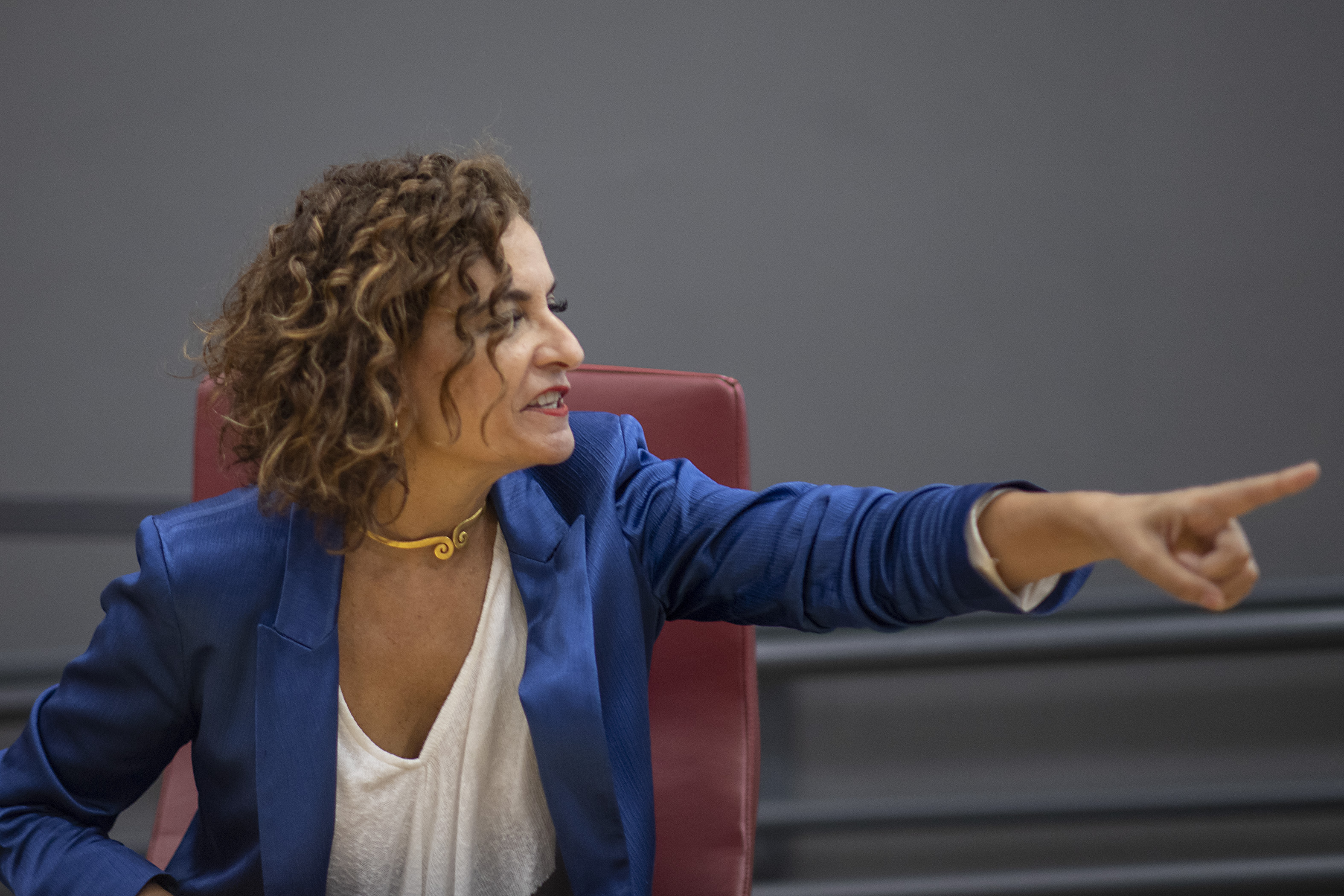 The Government is preparing the design of the new tax on large fortunes that will come into force in 2023. This tax is still in a preliminary phase of definition, although the Minister of Finance, María Jesús Montero, assured last week that she has been working for weeks on the. The idea is that this temporary figure can raise about 1,500 million euros and that it be deductible with the Wealth Tax, according to sources familiar with the discussions.

Consequently, the bulk of the income would come from the autonomies that have exempted all or part of that tax: until now Madrid, Andalusia and Galicia. And fundamentally, most of what is collected will come from Madrid, where the tax credit paid by the community, and, therefore, what was not collected, amounts to about 1,000 million, according to data from the Tax Agency corresponding to the year of 2020.

As it is a year marked by the pandemic, the estimate is that the figure that can be achieved is somewhat higher. In Galicia and Andalusia, income from assets barely reaches 66 and 93 million, respectively. If Murcia also finally abolishes it, it would be another 27 million.

The goal is to get wealth to contribute more. And this is especially concentrated in the Community of Madrid. The data indicates that in the capital there are many more high net worth than in the rest of the territories, according to the wealth tax statistics. The Minister of Finance, María Jesús Montero, has already pointed out that it would be good to avoid the existence of tax havens within the country.

However, while in Catalonia there are 221,000 million declared, in Madrid it is only 201,000 million, which means that there is less recognized wealth in the Spanish capital. This occurs because in the Madrid community, by not paying this tax, taxpayers are not persecuted to report it despite the fact that there is an obligation to declare it from two million euros. Which implies that a significant portion could be left out. This circumstance will suppose an added challenge in the design of the new tax.

The tribute to the great fortunes that the coalition government prepares could be deducted with the Wealth Tax, according to knowledgeable sources. It would have an adjustment mechanism like the one that already exists between personal income tax and wealth tax. That is to say, in practice, those who are not paying it now would pay it above all.

The Executive, in addition, intends to complete the new tax on large fortunes with a surcharge on the basis of personal income tax savings, an initiative that was already in the government agreement signed by PSOE and United We Can. Specifically, the rate applied to capital gains generated by current accounts, dividends, bonds, funds, insurance or increases in equity in the transfer of real estate and shares would be raised. In the General Budgets of 2021, the rate was already raised from 23% to 26% for these incomes above 200,000 euros. The measure meant an increase in revenue of 323 million. And the signed commitment provided for raising it to 27% for those incomes above 140,000 euros.

The Heritage Tax is a state tax ceded to the communities, which are free to legislate. Taxes the holding of assets —property, shares, deposits, etc.— above 700,000 euros, excluding the first 300,000 euros of habitual residence. Madrid was the first to discount it at 100%. Although the people of Madrid do not have to pay it, they do have the obligation to declare their assets. The information obtained by the treasury is very useful for tax control purposes.

The total declared wealth in Spain amounts to 768,000 million, according to 2020 figures from the Treasury. Of this amount, 43% is exempt: 329,000 million. To a large extent, this wealth is exempt from taxation, because they are family businesses. There is also historical and natural heritage that is not taxed.

When the Wealth Tax was created, at the end of the 1970s, a tax shield was established so that Spanish companies and economic activity were not affected by this tax and that there was no disadvantage compared to other countries that do not have it. Currently, in addition to Spain, only Norway and Switzerland have it, and the latter applies it in exchange for not taxing capital gains. Other countries have formulas in personal income tax to achieve higher taxation of wealth, or a higher taxation when transferring it in successions and donations.

“The exemption of the family business amounts to more than 276,000 million and is, together with the Madrid bonus, the main responsible for the fact that the effective rate of the wealth tax is 0.16%, despite the fact that the nominal rate can to reach 4.5%”, explains Francisco de la Torre, Treasury inspector and author of the book Are we all? He adds that the usual thing is to have a company through which the participation in a listed company is arranged.

Although it is increasingly difficult to do so, a traditional way to avoid paying taxes was to enjoy assets (for example yachts) by assigning them to family businesses. But the biggest implication that business assets are exempt is that a substantial part is in companies, including those on the Ibex, and is not taxed for it as long as it does not generate a dividend.

The challenge of avoiding double taxation

One of the difficulties that politicians face when designing this new tax on large fortunes is the definition of the taxable event. That is, what is recorded. Precisely the legal viability of the new tax is one of the greatest challenges. In principle, collecting an adjustment with equity could avoid double taxation. Another different problem is that the communities may consider it an invasion of competences and take it to court. There was already a similar problem when the PP established a tax on bank deposits with a zero rate to prevent communities such as Extremadura or Andalusia from taxing them. The Constitutional Court ruled then, with five votes against members of the high court, that the State could legislate to ensure a harmonized tax treatment.

Paying for wealth is a huge challenge in all countries due to the high mobility of their bases, since they already pay for other figures such as companies or by generating income tax dividends as savings income. In reality, in Spain the highest wealth tax is the IBI (Real Estate Tax), which brings in some 14,000 million, almost 14 times more than the 1,300 million collected by the Wealth Tax. In Spain there are also other taxes that are levied on wealth, such as inheritance and donations, or property transfers. Both are tributes in the hands of the autonomies, which have legislated downwards regardless of political color. The municipal capital gains tax is still another tax that taxes the possession of real estate.

Less industrial and more modern: this is what the '21st Century Workers' Statute' should look like