The new General Baccalaureate fails despite its potential demand: “We thought that six students would request it and 27 have done so” 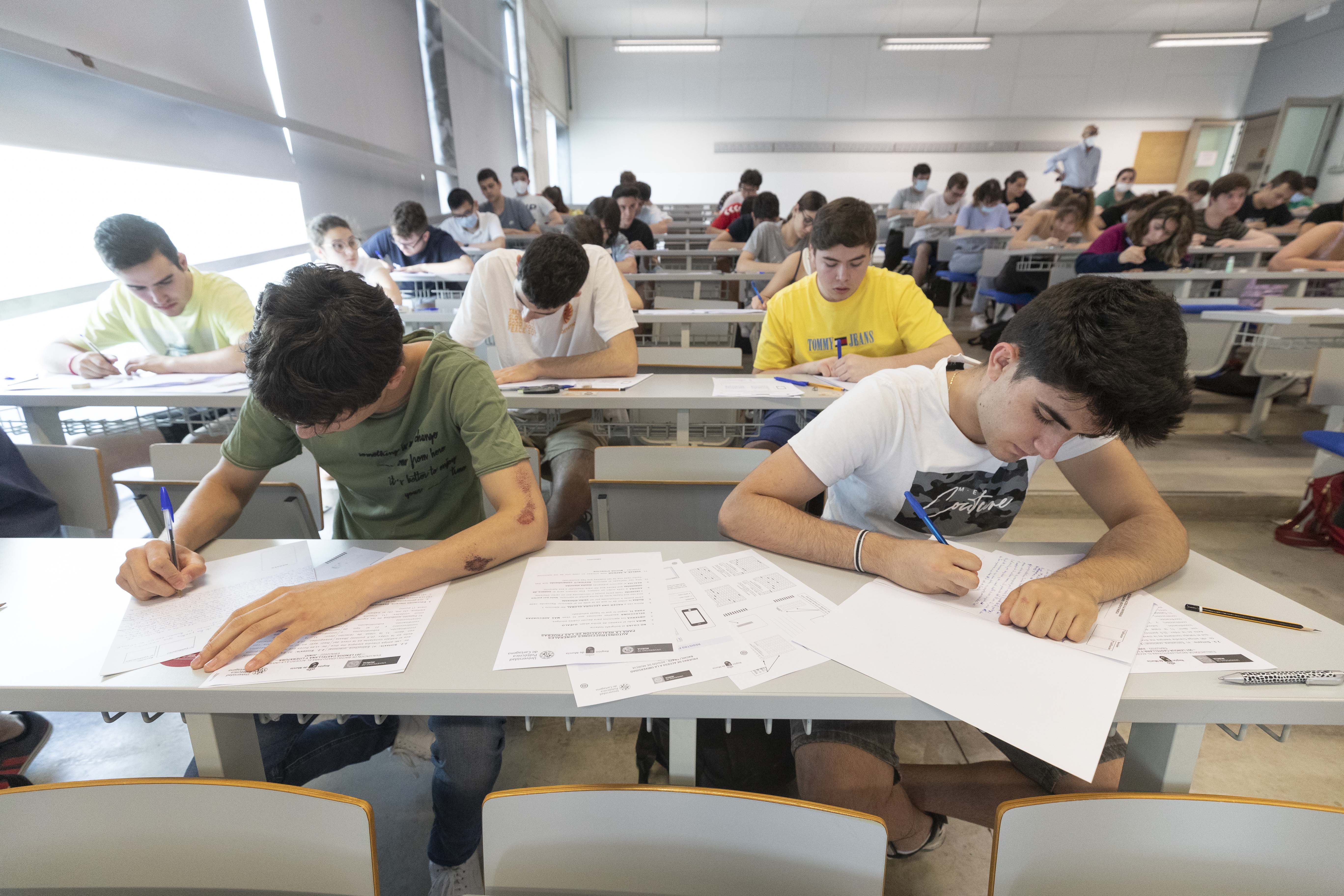 The implementation of the General Baccalaureate, one of the novelties of the educational law, will have a very limited scope next year. In Catalonia and Madrid it will be possible to study in less than 5% of the centers, in the Valencian Community it will not be offered until the following year and in Andalusia, where its dissemination has not yet materialized, the directors of the institute calculate that it will reach at most One in every four. The percentages in almost all the other territories also move in negligible or very discreet values, according to the count made by EL PAÍS. Only five communities (the school organization is regional competence), Castilla-La Mancha, Extremadura, Cantabria, Asturias and La Rioja, which make up 10% of the student body, have urged all their centers to offer it if the demand exceeds a certain threshold of students , and even in these autonomies the directors are skeptical about its final extension.

The refusal to implement it more widely has been the result of circumstances, since autonomies and institutes have been making the decision without previously studying the potential demand, according to several regional directors and officials. The main reasons for limiting its deployment have been the delay in the approval of state and regional regulations that develop the new education law; the organizational difficulty that the new Baccalaureate entails for the institutes, and the fact that it has not yet been clarified how much the subjects created specifically for this modality will score in the weighting of notes that are made to access the University (a decision that is in hands of the universities themselves).

The new educational law, the Lomloe, has established five types of Baccalaureate compared to the three that existed until now. The modalities of Sciences and Technology and that of Social Sciences and Humanities are maintained; the artistic branch is divided into two, with one more plastic and the other dedicated to music and performing arts, and the General Baccalaureate is created, which includes science and letters subjects. Its students will have to study, in addition to the subjects common to all Baccalaureate students (Physical Education, Spanish, in its case co-official language, Foreign Language, Philosophy, History of Philosophy and History of Spain), a new subject called General Mathematics in the first year of Baccalaureate, and another called General Sciences in the second year. Students must choose three other subjects in each course; they can choose them from among those included in the rest of the Baccalaureate branches offered at their center, in addition to two other electives created specifically for this modality: an Economics subject, also with broad-spectrum content, in the first year, and another on Cultural Movements, in second. In short, the new Baccalaureate allows students to better adjust the itinerary to their interests and avoid certain subjects.

The new modality generates a certain division among the directors. After three courses of shocks due to the pandemic and with the prospect of having to face the new curricula (the regulations that establish what must be studied in each subject) the course that comes without the regional regulations still approved, a good part of them do not show moment excessive enthusiasm. Miguel Dengra, president of the association of directors of secondary schools in Andalusia, states: “I don’t see it very clearly. We do not know which students it is aimed at or which future careers it is more oriented towards. And in order to organize ourselves, we need to know as soon as possible if we are going to offer it or not, because it has repercussions on the distribution of teaching staff hours”. Iosu Mena, president of the directors’ association of Navarra, adds: “In my center we give the Baccalaureate of Performing Arts, so we are already saturated. Perhaps it will be useful in institutes that suffer from a drop in student body, to compensate for it by making the widest possible offer”.

In this situation is the Avempace public institute that Eva García-Bajo directs in Zaragoza. The center has seen the eight lines of first ESO that it had a few years ago reduced to only three as a result of the educational oversupply in the area, where there are several public and concerted centers. Like other colleagues of hers, the director believes that the General Baccalaureate comes to cover the needs of different types of students: those who, when they finish ESO, at 15 or 16 years old, do not know what they will want to do when they finish secondary school; those who are inclined towards careers that do not require a great starting specialization, such as Teaching or Audiovisual Communication; those who plan to study later for a higher cycle of FP that does not require an advanced scientific or technical base, and those who want to sit for competitive examinations, such as firefighters, police officers or the army, which require a Bachelor’s degree.

The demand in the Aragonese institute of García-Bajo has been higher than expected. “We thought we were going to have about six students and 27 have requested it in the pre-registration. And that has not given us time to make it known among the kids from other centers. The 27 are from our institute and from an integrated school, which has the ESO, which we have attached”.

“I wanted to avoid Latin and purer Mathematics”

Ariadna, a fourth-year ESO student at the Avempace institute in Zaragoza, explains: “I chose the General Baccalaureate because I didn’t know how to decide between science or letters, and that way I can do a mixture of both.” Miryam, who studies at the same center, adds: “My idea is to do a higher degree afterwards [de Formación Profesional] of Photography. I informed myself and they told me that this Baccalaureate would be the best option, because it is a little more focused on grades [de FP]. In addition, the electives caught my attention and I thought I was capable of doing it”. The itinerary allows her to avoid two subjects that she would have been forced to choose from if she had opted for the Baccalaureate in Social Sciences and Humanities: “I wanted to avoid Latin and, above all, the purest mathematics, because I am not very good at it. ”.

Among the directors who are being urged to implement them in their centers without being convinced, a certain discomfort is perceived. César González, president of the association of directors of high schools in Asturias, explains: “We are having problems really explaining what it consists of, both to students and families, because we do not know very well where it is headed, nor the weighting of the matters later for the EBAU [acceso a la Universidad]. Not to mention the many organizational problems involved, since students can choose any subject [de otras modalidades de Bachillerato] It’s going to be very difficult to put it all together.”

A different reading is made by Esteban Álvarez, president of the association of directors of Madrid, to whom the regional heads of Education recently informed them that the next course the modality will only be launched in eight centers: “I think it can be a good option for some of the students. I wouldn’t say it’s easier, but it allows them to avoid, if they don’t need it, certain subjects that are very complicated”. “In other countries”, continues Álvarez, “such as the United States, the Baccalaureate is very general, the same as the first years of University, and specialization comes later. Here it can serve to reduce the abandonment in the first years of the career”.