The most important debate of the year in Congress: between the mass of Casado, ETA and the tank 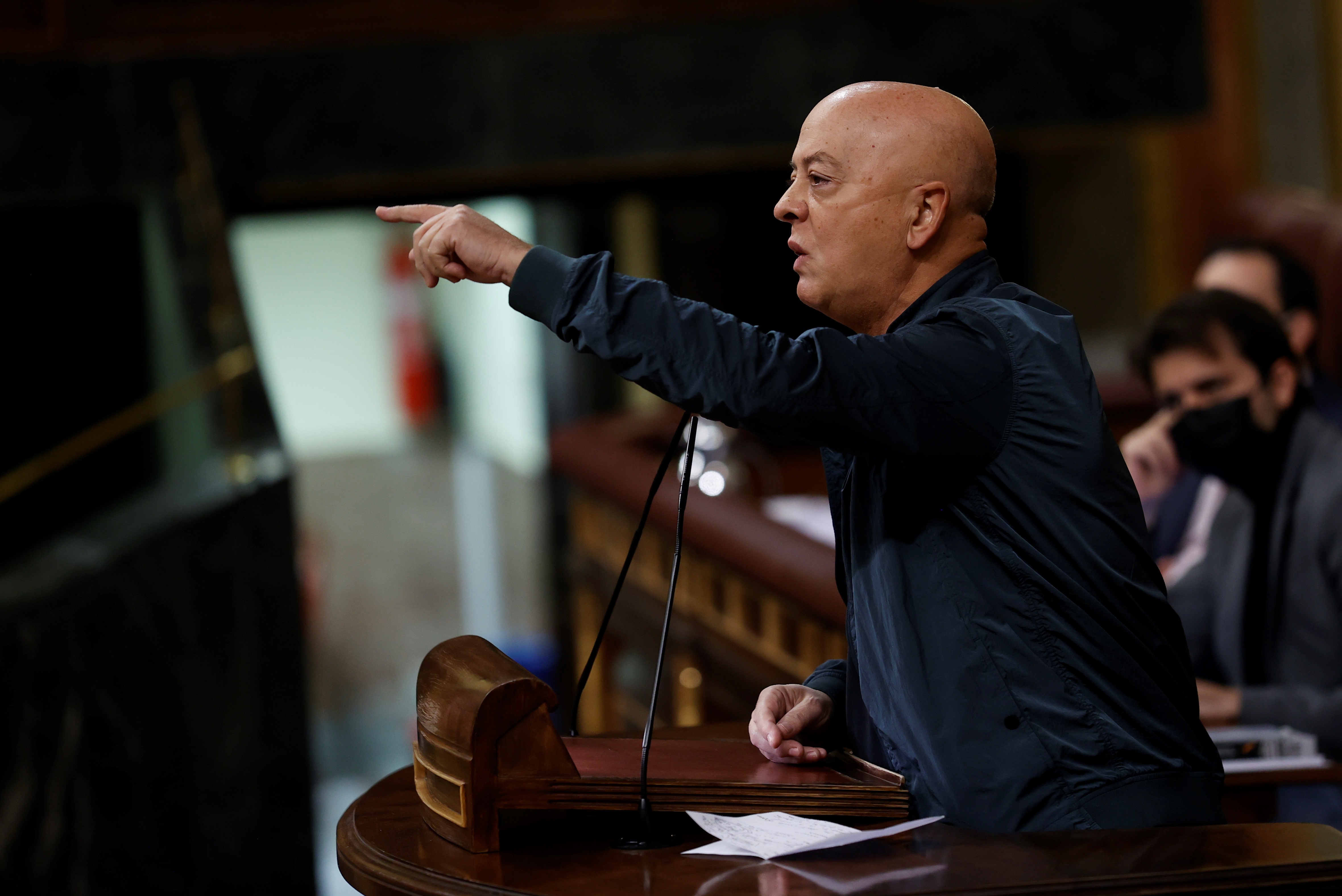 It was the most important debate of the year, proclaiming the litany of the opposition spokesmen, who pointed towards the blue bench and protested to see it deserted. They preferred not to look at the seats of their groups: in that case they would have discovered that the seats of their own leaders gleamed just as empty as those of the Government. Pablo Casado and Santiago Abascal were not seen by Congress during the three days of the most important debate of the year. They were not even in the final act of approval of the Budgets, which was briefly attended by Pedro Sánchez.

It was the most important debate of the year, the one that settled the Government’s economic project to get Spain out of the crisis, and in the hemicycle there were jokes about the mass for Franco in which Casado unknowingly got into it, indignant voices were raised against the use of a police tank to quell the protests of the Cádiz strikers and incandescent words were thrown at the deputies who would approve the accounts in the company of EH Bildu. The right wing spoke so much about ETA in the 35 hours of debate, spread over three days, from Tuesday to Thursday, that things ended in the worst way.

The Basque socialist Odón Elorza exploded late on Wednesday. He recalled that he himself had taken his partner Fernando Múgica, dying from a shot to the neck, to the hospital or that he had spoken with Ernest Lluch five hours before he was killed. “Enough already! ETA has disappeared! ”Elorza shouted, to end up accusing the right of being“ coup plotters by vocation ”. Shortly before, Guillermo Díaz, from CiudadanosHe had read a letter from a son of Múgica full of reproaches to the PSOE for his relations with EH Bildu. He got a huge standing ovation from Vox. The following day, the second spokesperson for this party, Macarena Olona, ​​dusted off another much older letter and repeated aloud the bitter criticism of Elorza, when he was mayor of San Sebastián, of the PP councilor Gregorio Ordóñez, murdered in 1995. The Hemicycle smelled of mud.

So many hours of speeches, with the ministers parading one by one, they gave to talk about numbers and projects, of course. But, at the slightest occasion, the deputies abandoned the coldness of the budget items and launched themselves on any subject likely to summon demons. As the Ministry of the Presidency is also the Ministry of Democratic Memory, the discussion was diverted there. And since all roads led to ETA, they ended up arriving at that station. In the chapter of the Ministry of Inclusion and Social Security, the fight was for another of the department’s competencies, immigration. On the subject, there is no sword sharper than that of Rocio de Meer, young (31 years old) striker from Vox. De Meer brought a revelation: illegal immigration is the result of a plot of which they are accomplices “from the PP to Podemos, from the antifas to the managers of large multinationals, of the big tech to Open Arms, from the newsrooms of the government paid media and from the opposition to the sucker unions and the employers ”. As a culmination, while his group was clapping their palms, he unlocked: “You are traitors to your people and your nation.”

If it was strange that a deputy from the right did not speak about ETA –Rodrigo Jimenez, from Vox, placed two white hands on the rostrum-, there was hardly any parliamentarian from the left who did not contribute his idea about the mass of Casado in Granada. On Wednesday, while Cádiz burned, the United Podemos members repeated in chorus their outrage at the use of the tank, amid very little veiled criticism of the Interior Minister, Fernando Grande-Marlaska. After two days like this, a deputy of the PP, Mario Garcés, he appropriated the graces of the left. He called the first vice president, Nadia Calviño, “the government tank” and replied to those who criticized the mass of the PP leader that they “have been baptized by Bildu and they have communed with ERC.” Another milestone in the most important debate of the year.

The irony is that all that noise overshadowed a two-week job that would disprove the idea that Congress is a seaside resort. The groups registered 4,000 amendments. The PP, more than 2,000. A single deputy, Nestor Rego, from the BNG, 300. Only Vox was exempted from the task of offering alternatives to Budgets. Although the Government exercised its power to veto hundreds of them, claiming – sometimes unjustifiably, according to the Chamber’s lawyers – that they misrepresented the accounts, there were still hundreds more to examine in committee. No one sweated more than the members of the small groups. You had to see the bustle of Rego or another lonely deputy, Isidro Martínez Oblanca, from Foro Asturias, going up and down from the rostrum, tireless for three days. In a single afternoon, Guillermo Díaz gave the Citizens’ reply to four different ministers.

The Congress is a theater where many times the important thing happens behind the scenes, mainly in moments like this. In the hemicycle arrows were shot and in the offices they negotiated. A baptism of fire for the socialist spokesman, Héctor Gómez, who has only been in office for three months and two years in Parliament, where he now has to deal with a puzzle of 19 political forces. The Government was not satisfied with approving the accounts, it wanted to show the muscles of a large majority (188 votes in the end). Gómez had to speak with 12 formations to flock until the last vote. He succeeded with the PDeCAT, which, with its four deputies, threatened to get off the hook at the last minute, or with Tomás Guitarte, from Teruel Existe and his demands for empty Spain. The insurmountable wall was that of the Galician nationalist, obstinate in his abstention, the only one in the Chamber.

The cheapest getaways to do in Europe on the December bridge