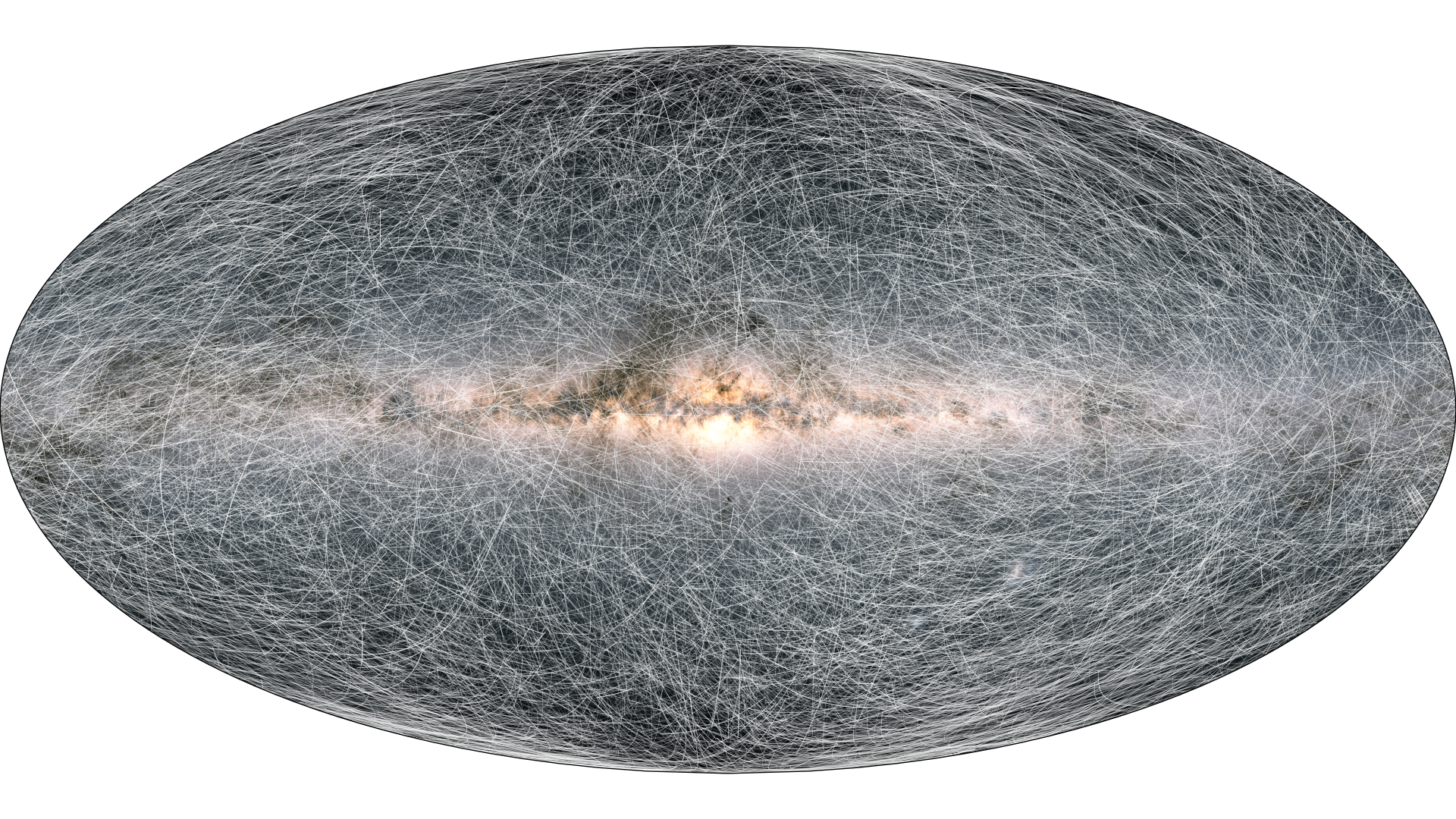 A European space probe capable of guessing the weight, age and temperature of a star just by looking at it has completed the largest map of the galaxy we inhabit, the Milky Way.

The European Space Agency launched this mission, called Gaia, in 2013 to reach the second Lagrange point, a privileged observation site 1.5 million kilometers from Earth. From there it has observed 1,800 million stars to map a large part of the galaxy that houses the Solar System and another 100,000 million stars, many of them also with planets in their midst.

This new batch of data—taken by Gaia between 2014 and 2017—completes our overview of the massive galactic disk, 170,000 light-years in diameter but just 1,000 light-years thick. The vast majority of stars in the galaxy are crowded on this surface characterized by two large spiral arms. The solar system is close to one of them, Orion.

“Before this mission it was as if we were inside a forest, we only saw trees, now we are in the sky and we can see everything from a bird’s eye view,” Finnish astronomer Timo Prusti, scientific director of the project, explains to this newspaper. Those responsible for this mission of the European Space Agency today presented the new data, coinciding with the publication of a collection of scientific studies that analyze them in depth.

The distances on this map are staggering. Each light year is almost 10 billion kilometers. The Earth and the rest of the solar system travel at 720,000 kilometers per hour around the center of the Milky Way, where there is a supermassive black hole, Sagittarius A*. But even at this speed it will take 230 million years to make a complete revolution. In turn, the Milky Way is a small island of stars that travels through the immensity of a universe where there are another 100,000 million galaxies separated by sidereal distances.

The new map confirms that the solar system is within the so-called “local bubble”, an area fairly devoid of stars and with a low concentration of gases and interstellar dust, which allows a fairly clear view of the rest of the galaxy, he points out. Prusti.

Gaia lenses have observed stars being born inside a young galaxy called —Gaia-Enceladus— that 10,000 million years ago was devoured by the Milky Way. “We have discovered other galaxies that have also been absorbed by ours. This helps us understand that some galaxies, including the Milky Way, grow and evolve by assimilating others”, details Prusti.

This is the third batch of data provided by Gaia since its launch. For the first time, the mission provides key information: the speed at which 33 million stars are moving away or approaching us. Carme Jordi, an astronomer linked to the mission, explains another of the main novelties. “Now we not only know how bright the stars are, but we can break them down into a prism of different colors, which shows us which chemical elements are most abundant. From them we know if the stars are very cold or hot, if they have just been born or are already very old”, explains the researcher. This data is now available for 200 million stars, which makes it possible to identify the different generations of stars in the galaxy.

Gaia has reached a level of definition with its instruments that it can already pick up small changes in the shape of some stars. It seems that its surface is deformed as if there was an earthquake. “Suddenly there is a sudden change inside the star whose effects move outwards and modify the outer layers, just as a tsunami stirs the surface of the sea” on Earth, explains Jordi.

These phenomena can be very useful for understanding the interior of the stars, a totally impenetrable environment for conventional telescopes where all the energy of a star is generated through the nuclear fusion of hydrogen atoms to form helium. One of the biggest scientific projects today is to produce this nuclear fusion in terrestrial reactors that could generate virtually inexhaustible and clean energy.

The Gaia mission will continue to collect data on stars and other objects inside and outside the solar system and also beyond our galaxy until 2025, when its scientific operations are scheduled to end.