The mayor of kyiv: “There have been many mistakes, there are many questions about why the Russians advanced so much” 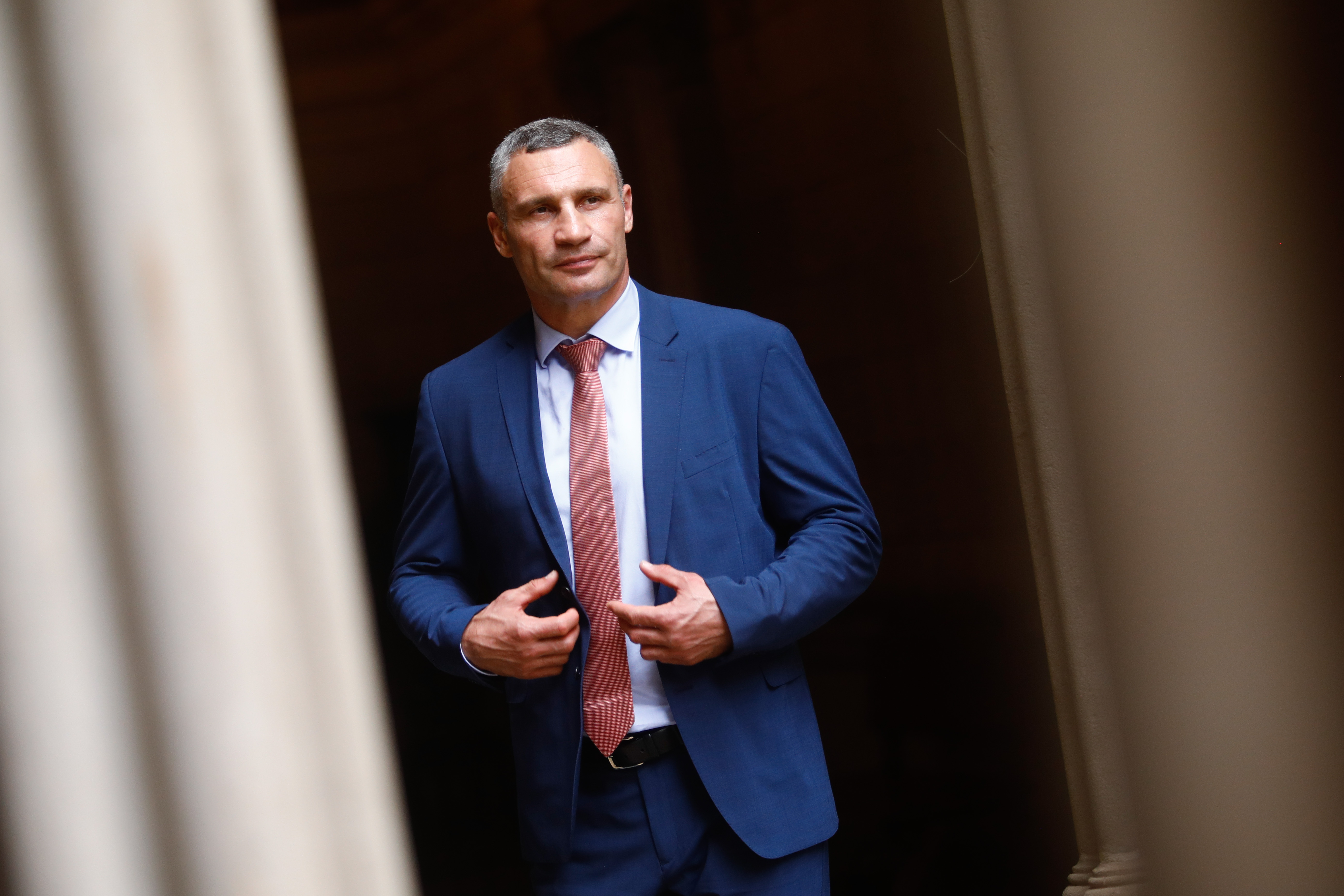 Vitali Klichkó (Belovosk, Soviet Union, 1971) is one of the most important political figures in Ukraine, with an ambition that goes beyond his role as mayor of kyiv. Boxing celebrity as world heavyweight champion, this Saturday he visited Barcelona invited by its mayor, Ada Colau. In a round of interviews with several media, including EL PAÍS, which has been one of the main political rivals of the Ukrainian president, Volodímir Zelenski, warned that when the war ends it will be time to be held accountable for “the many mistakes” that , in his opinion, committed the Ukrainian defense at the beginning of the Russian invasion.

Klichkó represents more nationalist sectors of Ukraine, in tune with the positions of former president Petro Poroshenko, both representatives of social groups that until the beginning of the war saw Zelensky as an opportunist conciliator with Moscow due to the business links that he and members of his cabinet had with the Russian audiovisual market. Zelenski admitted, last August in The Washington Post, that the United States Government had been informing him since October 2021 that Russia had already made the decision to invade Ukraine. Zelenski argued that if he had informed the public at that time, panic would have spread and there would have been a massive flight of people abroad. “To be honest, we were not prepared, nobody believed that the Russians would invade,” says Klichkó, ​​adding, with a gesture that betrays that he contains his words, that they were also lied to: “Our secret services did not say anything, the citizens, the country, did not receive this information, on the contrary, they told us to be calm, that everything would be peaceful and that in spring we could have barbecues”.

“My opinion is that now, during the war, is not the time to talk about mistakes. If the war ends, then we will be able to talk about all of them”, affirms Klichkó, ​​in the same sense that Poroshenko’s opposition deputies have expressed in the Rada. The People’s Servant, Zelensky’s party, has an absolute majority in the Ukrainian parliament. But the mayor of kyiv goes further in his analysis: “There have been many mistakes, there are many questions about why the Russians advanced so far in Ukraine, without opposition.” Klichkó refers to the occupation in a few days of the province of Kherson, in the south of the country, even crossing the Dnipro River, in the worst Ukrainian defeat in the war. Russia also took over a good part of the province of Zaporizhia in a few weeks at the beginning of the invasion.

It is Klichkó’s second visit to Spain this year, after passing through Madrid last June on the occasion of the NATO summit. The mayor of the Ukrainian capital and Colau have signed a collaboration agreement between the two cities. kyiv will also be the guest city for the next Mercè festivities, in September 2023. Colau received Klichkó with a very harsh speech against Russia, in which he called the war a “criminal invasion” and in which has guaranteed Barcelona’s support for the defense of Ukraine until the end of the war.

But not everyone in Colau’s political family (that of the Comunes and Podemos) thinks like the first Barcelona mayor. Asked about criticism of the shipment of weapons to Ukraine, or by voices such as those of the former Vice President of the Government Pablo Iglesias, the deputy and former deputy mayor of Barcelona Gerardo Pisarello or the Valencian Vice President Héctor Illueca, who also hold NATO responsible for the causes of the invasion; Klichko replies that not being in NATO has been a weakness for Ukraine. The mayor of kyiv also warns that Russian President Vladimir Putin cannot be satisfied with concessions: “It is a huge mistake to think that Russia will be satisfied with annexing Donetsk and Lugansk, they will go as far as we allow them. Putin thinks of Soviet properties. Putin is trying to rewrite the history of Europe.” Klichkó even points out as potential targets of the Kremlin not only the Baltic countries, but also Poland or even territories of what was East Germany.

Putin quietly threatened this week to use nuclear weapons to defend conquered territory in Ukraine. Could kyiv be the target of a tactical nuclear bomb? “It would be illogical for the Russian side to carry out a nuclear attack”, concludes Klichkó: “It would also have an impact on Russia, radiation knows no borders. My view is that Putin and his government are trying to put pressure on the Western world because they are not succeeding.” The former boxing legend, today a politician with an eye on the future, adds another reason why he does not contemplate the use of atomic weapons by Moscow: “If there were a nuclear attack, it would no longer be a Russian war against Ukraine. , would put all the countries in the war”.

Montero, on the verge of tears, denounces “political violence” after calling her Vox “liberator of rapists”

Esa: 5 new astronauts and quite a few reservists start coaching

Gavi makes historical past and breaks Raúl’s report with Spain

The town of journalists within the World Cup