The legal value of the repentance of ETA prisoners 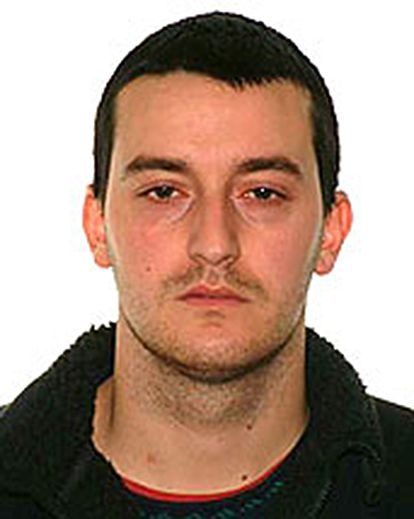 The National Court has issued an order in which it concludes that the written request for forgiveness from the victims “is not at all a legal requirement” for an ETA prisoner to be able to access an exit permit, nor is it the only element to measure their repentance. With this argument, the three magistrates of the First Section of the Criminal Chamber have upheld the appeal that the defense of ETA member Gorka Loran Lafourcade presented against the decision of the Prison Surveillance judge to deny him, twice and solely for the absence of a letter of these characteristics in his prison file, an ordinary permit that the Zaballa prison (Álava) had granted him in September 2021, where he has been held for just over a year. The Prosecutor’s Office opposed the granting of this benefit.

The existence of a letter of repentance is not contemplated in Spanish legislation as an essential requirement for obtaining prison benefits, according to legal sources of the victims’ associations. However, in recent years, the National High Court Prosecutor’s Office had managed to get the Criminal Chamber to establish in several resolutions that these letters and the sincerity of their content were a fundamental element to assess the degree of reintegration of terrorist prisoners and, therefore, decisive for them to access permits or semi-freedom. In fact, in the two orders with which the prison surveillance judge had rejected the granting of permission to Loran, three of these decisions were cited, issued between October 2020 and May 2021.

Now, however, the same room – whose composition has changed after the incorporation of the progressive magistrate José Ricardo de Prada – emphasizes that this type of pardon letter is “purely indicative (not an obligation) of a good prison evolution, which also It is deductible from other elements. In the case of Loran, who is serving a 20-year prison sentence for various terrorism crimes, the order highlights that he has been in the second or ordinary prison degree (in which most of the convicts are) since the end of 2020 and that the The prison professionals’ assessment of his behavior is “excellent” and without sanctions, in addition to remembering that he has a job assignment in the penitentiary commissary.

The court ruling also highlights that the prisoner served three-and-a-half years ago three-quarters of his sentence and that, in fact, it is expected that on December 18 of next year he will terminate the entire sentence. The magistrates emphasize that, therefore, the inmate has only 7% of his sentence left to serve and the permission granted by the Treatment Board ―an internal prison body made up of prison professionals― “has the purpose of preparing for life in freedom, given the state of completion of the sentence and the next horizon of freedom.”

Regarding the lack of a written repentance in his prison file, the court considers that it is not the only objective element to know the true evolution of an inmate, and recalls that in the case of this ETA prisoner that positive assessment has been made by the prison professionals through “daily observation of their progress and behaviour”. In addition, it emphasizes the detail that in Loran’s history there are no specific victims of his terrorist activity to whom he can apologize directly, “since he was not convicted of any death or injury to any person, but for the placement of an explosive device that did not explode” and that led to his conviction for attempted murder. Loran was arrested in December 2003 after depositing a suitcase bomb, which was deactivated, on a train headed for Madrid.

The order also highlights that in the first appeal he presented to the decision to deny him the permit, the inmate provided a letter of these characteristics in which he stated: “During these years I have reflected and matured, and as is normal, I do not I think the same as I thought when I committed those crimes. My life, my way of thinking, has evolved.” The ETA member added that he was “aware” that the armed organization to which he had belonged “caused a lot of suffering to many people.”

The court considers that the assessment of this letter “must be made from a comprehensive reading of the meaning of its strict terms, as they are expressed, without prejudice and with human respect, as expressive of a firm and repentant position in the face of violence, crimes committed and the victims” by the ETA member. In previous resolutions, the National Court had questioned the sincerity of some letters from other ETA members, considering that they responded to a standard format with which the inmates only sought access to prison benefits, but did not recognize the pain caused.

The new Latin American route of the frigate ‘Mercedes’