The INE reviews the GDP: the Spanish economy grew more in 2021 but does not compensate for a greater drop due to the pandemic 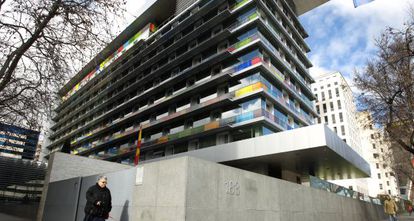 The covid economic crisis was more acute than initially estimated. The National Institute of Statistics has revised the growth data of the economy for the years 2021, 2020 and 2019. As a result, the gross domestic product is now even slightly lower than it was before: 0.3% below.

With the data for the second quarter known before this revision, and which will now have to be modified when changing the base, the activity was still 2.5% below the GDP of the fourth quarter of 2019. So it will move away a little plus the time when pre-pandemic levels are recovered, something that institutions such as the Bank of Spain or the IMF placed at the end of 2023.

However, the Government and some of the analysts have been defending for some time that the GDP is poorly calculated and that the data should be better. They wield Social Security affiliation data, with more than 20 million workers, and tax income, which since 2021 have already exceeded those prior to the pandemic. This discrepancy has caused tensions with the previous president of the INE, José Manuel Rodríguez Poo, who resigned before the summer.