The industry demands a survival kit for the energy crisis 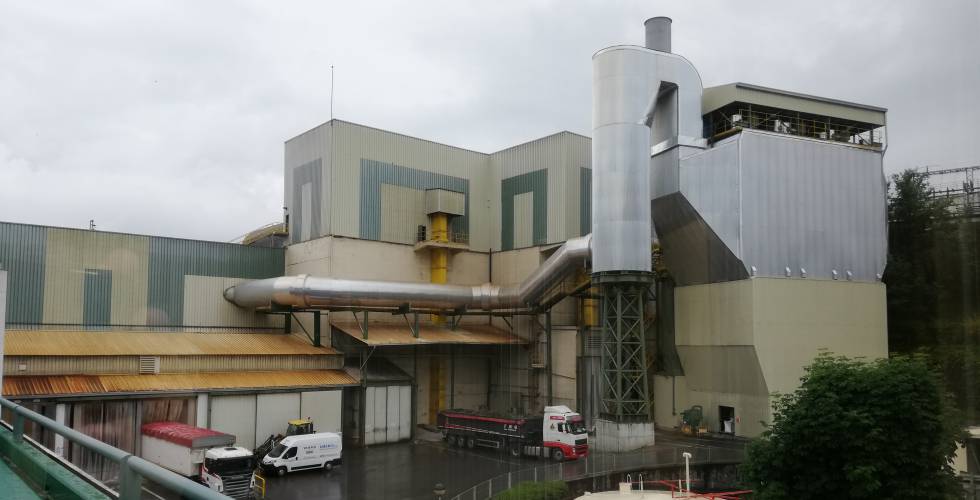 The industry demands a decalogue of survival from the Government in order to solve the energy crisis that puts at risk the survival of factories in all manufacturing sectors, according to what emerged on Monday after the meeting between representatives of the Executive and the business world. Among this battery of ten measures, the first calls for a modification of the functioning of the European electricity market.

That proposal is on the agenda of those responsible for energy in the European Union (EU), who will hold a summit this coming Friday with which they will try to find formulas to lower both the price of electricity and gas. The price of the latter soared 30% during the day yesterday due to supply cuts from Russia. The Kremlin has closed the tap on the Nord Stream 1 gas pipeline until further notice.

Another issue that companies claim, from the platform of the Alliance for the Competitiveness of the Industry, is to solve “the unsustainable situation of cogeneration”. The EU has accepted the consideration of the Iberian Peninsula as an energy island to top gas prices, but cogeneration has been left out of this model, which Portugal has already applied. In Spain, two out of three cogeneration plants, which represent 7% of national electricity production, have stopped because they are in deficit, even before yesterday’s aforementioned increase.

The Alliance for Industry also requests an exemption from the adjustment mechanism for energy supply contracts agreed at fixed prices before April 26, as well as temporary aid of between 2 and 50 million for each industry to mitigate the effects of the Ukraine war. Germany has already adopted this measure.

Where it has been possible to take a step forward is in the case of interruptibility auctions, which reward companies that stop their activity and therefore transfer their electricity consumption. The Government will reactivate these processes, according to one of the messages that were transmitted yesterday at the aforementioned summit held in Madrid by both the Third Vice President and Minister of the Ecological Transition and the Demographic Challenge, Teresa Ribera, and Reyes Maroto, Minister of Industry, Commerce and Tourism .

The request in this area is twofold, because it includes the extension of voluntary interruptibility to the gas area. Until now, the companies that have attended the electricity auctions have attended according to the volume of compensation offered. In the case of the steel industry, for example, it is more complicated because the shutdown and subsequent start-up of the facilities is more expensive than in other processes, and it also entails the loss of part of the production, because it has to be scrapped.

The list of requests to the Government continues with a plan to renew corporate vehicle fleets, to replace units powered by fossil fuels with others that circulate thanks to batteries.

In the area of ​​financing, the industry claims “direct access” to loans to cover the financing of working capital. The balance sheets are stressed by the inflation of energy costs and companies ask for grace periods and preferential interest. And on the environmental side, easier processes for energy recovery that promotes lower consumption of fossil fuels.

Another section of the claims of the Alliance for Industry has to do with guarantees in the supply of gas. It happens that the ships that transport Liquefied Natural Gas (LNG) change their navigation route and client for a higher price offer, despite the fact that the cargo had already been previously contracted.

The Alliance for the Competitiveness of Spanish Industry is made up of the Anfac and Sernauto organizations, from the automotive sector, AOP (refining) and Aspapel (paper). It also represents Feique (chemistry and pharmacy), Fiab (food and beverages) and Oficemen (cement).

The list extends Primigea (raw materials) and Unesid (steel). The proposals of this platform will be analyzed by the Government for their possible inclusion in the contingency plan that it has to send this month to the European Commission

Fernando Soto, general director of the Association of Large Electro-intensive Industries (Aege), was one of the participants in the meeting on Monday in Madrid. He transferred both Ribera and Reyes Maroto, Minister of Industry, Commerce and Tourism, also present at the interview, that the minimum saving of 7% in energy consumption (one of the objectives of the contingency plan that Spain will present to Brussels) has already been achieved. Activity stoppages in factories due to high energy costs guarantee this economy, the maximum of which is set at 15%.

From the industry they have guaranteed the Government that the sector has the capacity to cover the production that Germany cannot reach due to the lack of gas. This country is the main destination for Spanish exports. The companies have also demanded during the meeting greater agility in the concession of new renewable generation. With the aim that they can access PPAs (three and five year supply contracts) at prices that do not cut the margins of the manufacturing centers.

Aege calculates that the average price for the industry, updated today Monday based on the latest variables, stands at 276 euros MW / hour, compared to 162 euros for France, which hopes to lower this level when the nuclear facilities that now they are idle.

Latest news of the war in Ukraine, live: the last hour of the conflict