The great scare of the Euribor: the mortgage becomes more expensive by 35% in September with the highest rise in history 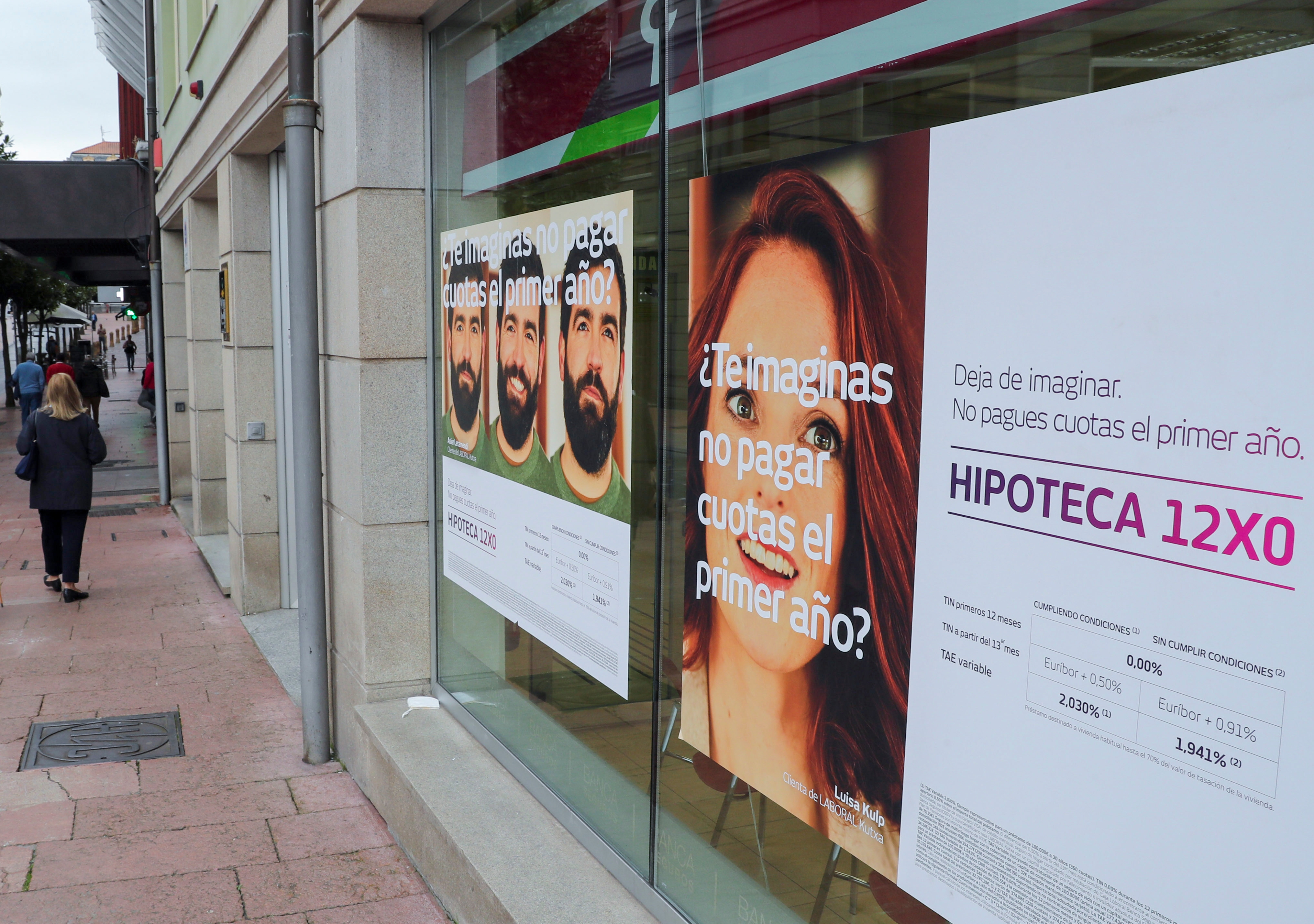 The Euribor has pulverized its historical records in September. It had never risen so much in a month, or in a year. The latter is important because it determines what mortgages will cost for many homeowners whose variable installments are calculated using the September indicator. An average loan (137,921 euros to be paid over 24 years, according to INE data for 2021) with Euribor interest plus one point will become more expensive by around 180 euros per month. That is, it will require an extra outlay of 2,160 euros per year. In a context of rapid loss of purchasing power in Spanish households as a result of runaway inflation, variable mortgages have added to the cost with an increase in installments that has not been seen since the indicator began to work in 1999. The rise in the monthly letter will be around 35%, although this percentage can fluctuate one point up or down depending on the differential that has been contracted.

On the last day of September, the 12-month Euribor, which is the one used by most variable loans in Spain, stood at 2,556 points. That leaves the monthly average at 2,233 points. And it is this average that many mortgage contracts use to recalculate their installments. Normally, it is done once a year (it can also be done every six months or with another frequency) and the difference with the same month of the previous year is taken into account. Since in September 2021 the indicator was negative (-0.492, close to its historical low), the difference between both values ​​exceeds 2.7 points. Until now, the largest year-on-year difference did not reach 2.2 points and it was necessary to go back to the year 2000, in the early stages of the indicator and when it was much less used by banks.

Euribor is the English acronym for the European Interbank Offered Rate. Originally, it is the interest at which a series of entities of the common currency are willing to lend money to each other. Its importance for consumers comes from the fact that many mortgage contracts incorporate it to calculate the letters and in Spain, until the arrival of the pandemic, it was normal to opt for variable installments. The main reason for the escalation is the change in the monetary policy of the European Central Bank (ECB), which in July approved the first rate hike in 11 years. This September intensified the fight against inflation with a second increase that has left the official price of money at 1.25 points. But the Euribor is already about double, a sign that banks believe the euro supervisor has fallen short and will continue to raise rates.

This behavior anticipates that, if the Euribor continues to rise, borrowers who see their mortgage reviewed in the coming months could see themselves doomed to increases even higher than that of September. This is around 35%, although depending on the differential that is applied (a rate that is added to the Euribor to calculate the final price of the mortgage) it can be a little more or less. If the spread is 0.75 points, for example, the increases regardless of the amount of the mortgage will be close to 36%. If, on the other hand, the spread is 1.5 points, they will be more around 34%. But keep in mind that, in real money, a higher spread always means paying more.

“The beginning of something serious”

The economist Elisabet Ruiz-Dotras, a professor at the Open University of Catalonia (UOC), is convinced that “we are going to see new increases in the Euribor at least until the end of the year, and probably also at the beginning of 2023”. “We are at the beginning of something serious”, she adds, “prices have risen a lot and we notice it when we go to the supermarket or with electricity, if we add the rise in mortgage payments, there is little room left for families” .

The finance expert recalls that inflation appeared at the end of the pandemic and worsened in the war in Ukraine with the rise in energy prices, which has ended up becoming more and more contagious. But she believes that the ECB’s response “is not the most appropriate because the increase in interest rates works when the rise in prices comes from demand.” On the other hand, “if it comes from the offer, because there are a series of fixed costs [como la energía]What needs to be regulated are those costs”.

In both Europe and the US, central banks have made it clear that they are willing to fight inflation with further interest rate hikes. And the response to this uncertainty is transforming the Spanish mortgage market. In July, according to the latest official data available, fixed mortgages reached the highest share in their history. More than three out of four new mortgage customers opted for invariable loans. However, these were marginal a decade ago and even before the pandemic they were a minority, so most of the current mortgages in Spain are variable.

Changing the loan is possible, recalls the president of Asufin (Association of Financial Users), Patricia Suárez. “A fixed mortgage locks in the interest rate, which is interesting because we don’t know what the Euribor ceiling will reach,” she says, “but it is difficult to determine who is right now for a change and who is not.” The clue they give in the organization is that the more competitive the differential is and the closer the loan is to the end of its amortization, the less it is usually convenient to go to fixed. However, the recommendation is to study it and pay attention to the small print, because the change implies costs and entities can include linked products, although never as an obligation. The new conditions can be signed with the same bank (novation) or involve a transfer to another (subrogation). “If our entity accepts the improvements we request, the novation is a much simpler procedure,” recalls her Suárez.