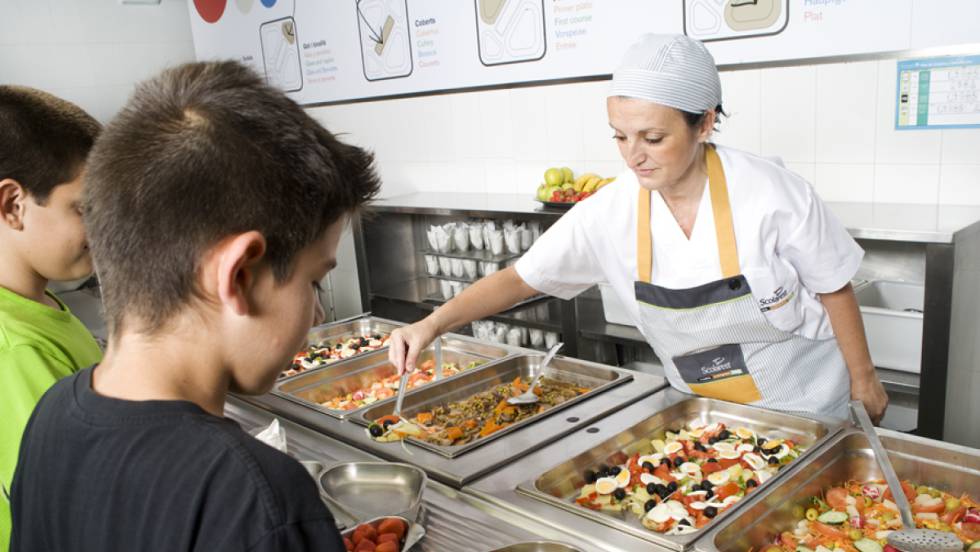 The Government wants to turn around the alarming data on childhood obesity in Spain: it affects two out of 10 children between six and nine years old, and another two are overweight, the third worst figure in the European Union. The High Commissioner against Child Poverty presented this Friday a plan to reverse it by 2030 with 200 measures (some more specific than others). Among them is guaranteeing the school canteen in all educational stages, which today many primary schools do not even have. It is an initiative that should have the involvement of the autonomous communities, which have the powers.

The plan, in which 15 ministries have participated, establishes specific goals by 2030: reduce childhood overweight to 20-25%; reduce the social gap of obesity by 40%, which affects twice as many children from families with lower incomes; increase physical activity by 10%; reduce sedentary lifestyle by 25%; increase the hours of sleep by 10% or increase adherence to the Mediterranean diet by 50%.

One of the pillars to achieve these changes is in the educational field. On the one hand, in the study plans and the contents of the subjects: it proposes to increase physical activity, both in class and in extracurricular activities; incorporate nutrition and gastronomy education; include mental health care in the educational curriculum and increase school activities in the natural environment.

The other aspect is in school canteens, with the promise of guaranteeing scholarships for children in vulnerable situations and the supply of school canteens at all educational stages. This same Thursday, the NGO Educo has presented a study that concludes that offering free meals to all primary school students in public schools, as they already do in countries such as Finland, Sweden and Estonia, would cost in Spain about 1,664 million euros per year.

What this organization defends, as well as many others in the education sector, is that school canteens have a component that goes far beyond the mere fact of feeding children. If they are well managed, they can serve to improve nutritional habits and prevent childhood overweight and obesity, which is precisely what the plan aims to do.

But this is today far from being a reality. Save the Children’s report Guarantee healthy and free school meals for all children at risk of poverty reflected in May the black hole that exists in public education. 27% of public infant and primary schools lack a canteen, and the percentage shoots up to 90% in institutes. In private and concerted education, the percentage is reversed: 9 out of 10 centers that simultaneously offer infant, primary and secondary education, the most common typology in this network, have it. Not only are dining rooms lacking, but a million students who would need dining room scholarships do not receive them, according to this document.

Álvaro Ferrer, an education specialist at Save the Children, admits that extending the dining room service to public institutes represents a great challenge. “But Euskadi and Galicia, where they do exist, are a sign that it can be done. And now with the drop in birth there will be free spaces in many centers”.

The school organization, including the dining room service, is regional competence. Ferrer still believes that the Government has room to act, both by providing resources (“it should be remembered that the Ministry of Education does not put a single euro to finance school canteens”) and by changing the regulations. “The State could regulate the aid to the dining room, as it has done with scholarships in other educational stages. Establishing that all boys and girls who are below the poverty line have a dining room scholarship would be a huge step”, she points out.

If it is necessary to prioritize, the entity is committed to starting by increasing the coverage of scholarships in infant and primary schools and extending the service to schools that do not currently have it. “And then an income criterion could be applied. We know that there is a relationship between excess weight problems and income level, so you could choose a policy that takes this into account. For example, ensuring that all the centers that are in contexts of vulnerability have a school canteen.”

“We have to see how it materializes, but as an objective it seems perfect to us,” says Mari Carmen Morillas, spokesperson for the Confederation of Parents’ Associations of the Ceapa public school, “because now there are children who cannot go to the dining room and especially After all, the majority of adolescents lose the right when they reach high school”.

Miguel Dengra, who directs a public institute in Granada and chairs the Andalusian association of directors of public secondary schools, warns: “We don’t have a kitchen, or a dining room, or even space to fit them out. It would be necessary to spend a fortune to adapt the buildings to put a dining room in each institute”. A dozen students from the Dengra center, out of a total of 650 who are enrolled, go to the school canteen of a primary school in the neighborhood, where there is a shift for secondary school kids from three institutes in the area.

In addition to the educational field, the plan affects others. It intends to establish healthy taxation, which could include an increase in taxes on unhealthy foods or develop regulation of the marketing of food and beverages. This is in line with what has already been proposed by the Minister of Consumption, Alberto Garzón, to veto advertising of unhealthy foods during children’s hours.

As with any government strategic plan, it is a road map that is not always easy to develop. The ministries involved will have to adjust budgets and develop regulations to achieve this, and they will have to do it hand in hand with the communities. Although the plan does not have a financial report, it outlines how it will be financed: “The actions will have priority consideration in the General State Budgets and it will be promoted that they also have it in the regional and local ones. The use of European funds and the promotion of public-private collaboration for the development of the measures contemplated in the Plan will be encouraged, including the declaration of the Plan as an Event of Exceptional Public Interest”.

There are eight years to check which of the proposed goals are achieved.