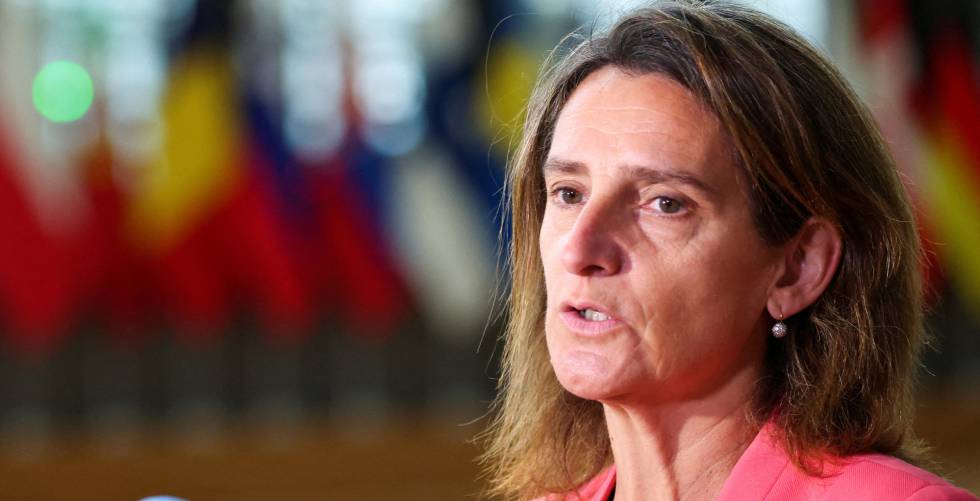 Spain is already preparing the package of contingency measures to face the cold winter that Europe is facing. The Government rules out that the threat that Vladimir Putin completely close the gas tap puts the country’s supply at risk and forces it to be rationed. However, it will include that risk in the plan that it will send to Brussels this September, according to diplomatic sources. The document on which the Executive of Pedro Sánchez is working advocates acting on three fronts to cut consumption and ensure energy supply: multiplying the interconnections of the Iberian Peninsula with the rest of the EU, intensifying energy savings and deploying programs to reduce the social impact of these measures. According to these sources, the Government plans to invest between 350 and 400 million euros through European aid and credits to develop the last mile of the Iberian Hydrogen Corridor, as MidCat has been renamed, so that it is operational in winter 2024. investment, however, will be conditional on France committing to building its section, to which it has been reluctant so far. The ministry headed by Teresa Ribera is also studying everything from the massive replacement of road lighting with LED lights to aid for supermarkets to close refrigerators.

Europe is urgently seeking alternatives to the supply of gas from Russia, which on Wednesday closed the Nord Stream gas pipeline for three days. Russian energy company Gazprom alleges technical issues, but Brussels fears that Putin will continue to respond to the sanctions by restricting the shipment of gas, which is driving the price of electricity to record highs across the continent. Spain will propose at the next EU Council of Ministers, to be held in Brussels on September 9, extending the so-called Iberian exception to the whole of Europe and freezing the price of carbon dioxide (CO₂) emission rights at 25 euros per ton (now they are around 90 euros).

The duration of the war in Ukraine and the total mistrust of Moscow, however, require stable solutions. The Belgian Prime Minister, Alexander de Croo, speaks openly even of between five and ten winters of energy shortage. For now, Spain does not anticipate having to go to the extreme of rationing gas, but the need to consider all scenarios makes it necessary to include this possibility in the contingency plan. In Central and Eastern Europe, that possibility is not so remote. Berlin and other partners look towards the Iberian Peninsula, which can become an energy hub, among other things, due to its regasification capacity and the diversification of its supplier countries. Spain is firmly committed to the old MidCat to complement the gas pipelines that now operate in the Basque Country, which have an annual capacity of seven bcm (billion cubic meters of gas) and in which the Government will invest with a new compressor. The ministry headed by Teresa Ribera is willing to recover a pipe that is now dying in the town of Hostalric (Girona).

The gas pipeline that starts in Catalonia is called to be resurrected under another name, that of the Iberian Hydrogen Corridor, since the plans for the green transition of Brussels include abandoning gas in the medium term. And although it is a technology that is still in its infancy, hydrogen (in the case of Spain and Portugal, green) is a priority for Brussels. Spain estimates that it needs an investment of between 350 and 400 euros that it would finance with aid and credits from the REPower EU program, so it would not need any modification or annex to the recovery plan in force.

The main obstacle is on the other side of the Pyrenees. Paris, which is committed to nuclear energy, continues to be suspicious of the gas pipeline from Spain. The President of the Government, Pedro Sánchez, recently launched an order warning that the alternative passed through a tunnel linking Barcelona and Livorno (Italy). However, diplomatic sources explain that this route is slow and expensive. That does not mean that Spain discards the connections with Rome. On the contrary: according to the sources consulted, it wants to accelerate the El Musel plant (Asturias) to increase its regasification capacity and intensify exports by sea to Italy, in a kind of shuttle. But for Spain the fastest option is still the old MidCat. The ministry calculates that the Spanish part could be ready in eight or nine months and transport an additional 7.5 bcm. The meeting between Sánchez and the German chancellor, Olaf Scholz, has sought to move the Elysee, which now agrees to “examine” that proposal. The Government, for its part, is committed to continuing to export electricity to France, whose energy production from nuclear power is being seriously compromised this year due to maintenance problems or the drought.

The third vice president has shown her optimism about the unblocking in the talks. Ribera assured that Tuesday had been “an enormously productive day” in reference to the conversation between Sánchez and Scholz and, above all, to the change in France’s position and its willingness to study the feasibility of the interconnection through the Pyrenees. The minister stressed that Paris’s commitment to work with the rest of the community partners is an “adequate response” to the escalation of prices and a European electricity market that “is broken” and that urgently needs reform. A need that the president of the European Commission, Ursula von der Leyen, has also put on the table, announcing an “emergency” intervention in the market to respond to Russian energy “blackmail” and stop the rise in electricity prices, which has consecrated this August as the month with the most expensive electricity in history in Spain, with an average of more than 300 euros.

But Europe is also moving in the field of saving, of measures with immediate effect. In the words of Emmanuel Macron, the “end of abundance”. And there the ministry is preparing measures that it will take to Brussels in September, such as a plan to replace public lighting and roads in Spain with LED lights, new actions to achieve more savings in public buildings and a program to avoid redundancies and inefficiencies in administrative real estate. In silver: continue with the path taken with energy saving measures that range from turning off shop windows to raising the temperature of the air conditioning that other countries such as Germany have also implemented.

The ministry is now studying, within its program to minimize costs, a plan to alleviate the effects on the tertiary sector and is even studying putting on the table an aid package of 100 million euros. Among other measures, the Government will seek to ensure that supermarkets spend less energy by closing the windows or the doors of their refrigerators and freezers. A ministry spokeswoman, however, stated that the contingency plan is still open and in full negotiation. In fact, it is expected that next Monday there will be meetings with business sectors to address all these measures.

Finally, Spain wants to speed up its plans to develop renewables. And especially, continue with hydrogen. While the Central European countries opt for blue, which is obtained from fossil fuels, the Government is opting for green, which is obtained from clean energy sources. Spain aspires to lead that industry. And believes that it can be competitive for prices. Today it is still far from this objective, but sources in the sector recall that it is beginning to be, especially with the price of gas on the rise. And while the costs of green hydrogen in the south are still between 1 and 1.5 euros per kilo, in the north they are between 2.5 and 3 euros.

The Spanish get together in Barcelona led to a most penalty: that is how the match in opposition to Morocco was skilled