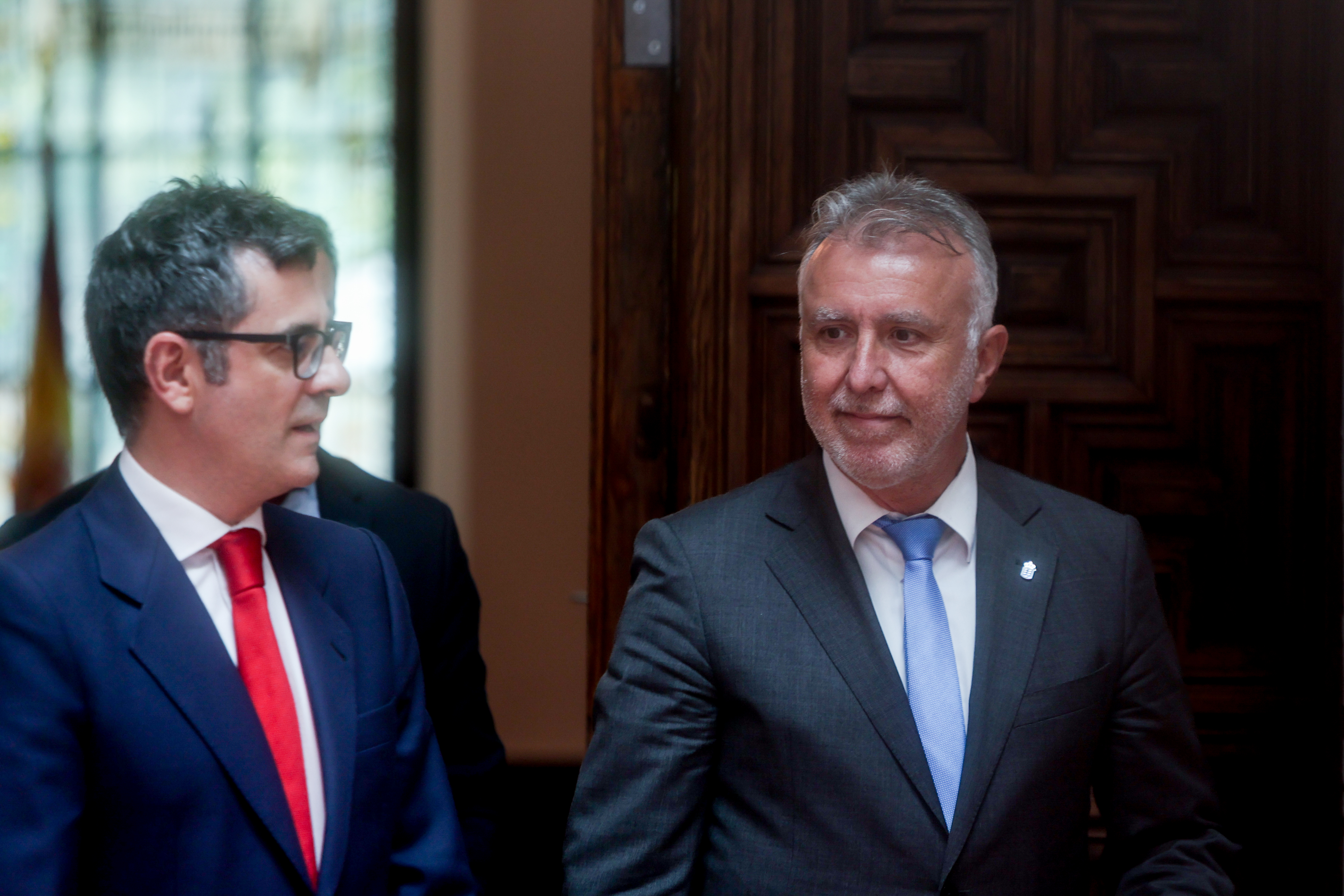 The Minister for the Presidency, Relations with the Courts and Democratic Memory, Félix Bolaños, has announced that the Council of Ministers will approve this Tuesday the creation of a Commissioner for the Reconstruction of the island of La Palma, which will be chaired by Héctor Izquierdo, until now Secretary of State for Finance. Izquierdo, who had been in charge of his position for only six months, was born on the island. Specifically, Puerto Naos, one of the municipalities most affected by the eruption. From the Government, he is also considered the most suitable person to perform these functions.

Bolaños has announced the creation of this position before meeting with the Ombudsman, Ángel Gabilondo; the president of the Canary Islands, Ángel Víctor Torres, and the president of the Cabildo de La Palma, Mariano Hernández Zapata. This commissioner, according to Bolaños, must “be able to work with all the administrations to rebuild the island so that all lives can return to normality as soon as possible.”

For this, the Government has thought of the current Secretary of State for Finance, a native of the island of La Palma, highlighting Félix Bolaños, who knows the land and who will be in charge of carrying out these procedures directly through the Commissioner, who will have Secretary of State, the only one with that distinction on the island. In addition, the Council of Ministers will approve this Tuesday a new agreement that will provide 7.4 million euros more in aid for the El Paso City Council to rebuild municipal infrastructure.

The Government has given Ángel Gabilondo a report on all the actions that have been carried out on the island of La Palma since the eruption of the Cumbre Vieja volcano. As explained by both Bolaños and the president of the Canary Islands and the president of the Cabildo, this text that they have presented to the Ombudsman is a report made within the Mixed Commission for the Reconstruction of the island that includes all the actions.

An unreformed tax system, but with many patches

Quicksand for construction companies: this is how they negotiate contracts when they leave Spain

The crisis reaches Wall Street: heads will roll in the big banks

The preaching of the governor and the courage of Fainé