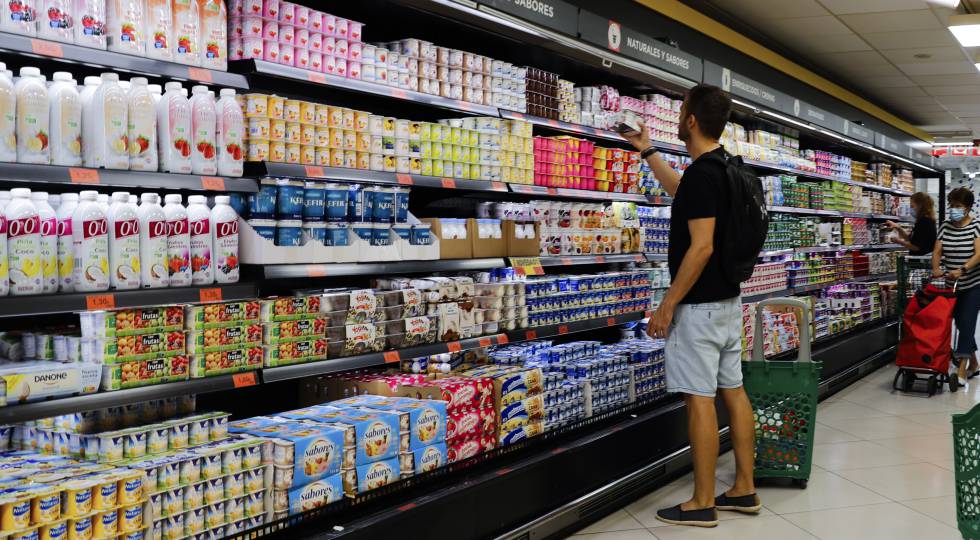 The food chain faces the end of the year in a situation of maximum tension in the different links that make it up. The inflationary context, marked by the constant rise in the cost of energy and raw materials, has dragged the sector as a whole into a spiral of price increases that is now part of the political debate, and that shows no signs of reversing in the coming months, to the extent that the energy situation may continue to worsen with the arrival of autumn.

The data and perspectives of the sector do not invite it either. In the absence of knowing the data for August, the food CPI chained between April and July four consecutive months growing in double digits in the annual comparison, and above the general data. Although food took time, compared to other sectors, to transfer cost increases, the trend of recent months is growing, and a dry cut of it is not on the scene.

“The increase in food prices is directly related to the inflationary scenario that we are experiencing and the increase in the prices of raw materials, energy or transport,” explains Aecoc, an association that represents manufacturers of mass consumption and part of the distribution. “The future of food prices will clearly depend on the evolution of these indicators,” she adds. For now, August was the month with the most expensive electricity in history in Spain, despite the gas cap being in operation. The recent Russian gas supply cutoff via the Nordstream pipeline has further fueled uncertainty about how Europe will spend the coming winter and about the economic outlook.

“If the prices of raw materials and energy remain in the same strongly upward trend, and taking into account the effects of the drought and its impact on lower production, logic indicates that prices will continue to rise,” warns Gabriel Trenzado, General Director of Agrifood Cooperatives of Spain.

This recognizes that “the relationship between the links in the chain is stressed because they all move in uncertainty.” In the case of the primary sector, due to the volatility of the cost of raw materials, energy or the weather conditions themselves. Trenzado analyzes that, in the current situation of generalized cost increases, the higher links in the chain can no longer allocate them “to the weakest, generally the producer, in order to maintain stable prices for the final consumer. The current situation makes it difficult to continue with the same behavior in many operators because we are moving in a scenario of scarcity or production reduction and high costs, which leads us to stress all relationships”.

For its part, Aecoc also defends that mass consumption “has been adjusting its margins for months so as not to fully affect the consumer” a rise in costs “that we had not seen in decades”. In Anged, employers of El Corte Inglés or Carrefour, among others, they insist on pointing out that the rise in “energy, fuel and raw materials” explains the “abnormal behavior” of inflation and the impact on the food chain.

All this with open political debate. The distribution employers meet today with the second vice president of the Government, Yolanda Díaz, to agree on measures that allow consumers access to affordable food. Carrefour went ahead with its basket of 30 products at 30 euros. But the general proposals of the sector do not go in that line. Asedas, the main supermarket employer, has insisted on VAT reductions for basic foods. In Aecoc they consider that this measure, which would be maintained for the duration of the current scenario, “will allow to alleviate part of the effects of inflation”, and that the rise in prices is generating a “large extra collection” for the Treasury.

Anged defends that the distribution sector be considered electro-intensive, that aid for energy efficiency be provided, and review regulatory costs, together with “favorable taxation for companies and

A political and business debate

Basket. Yolanda Díaz opened the week by launching her proposal to stop the escalation in prices: “I am working for an agreement to be reached with distributors and consumers (…) that consists of determining a basket of basic products, around 20 or 30 products, in which, as we have done with gas and other materials, we cap prices”, he said. The last three words raised dust in the business sector and the Government. “Any other interpretation regarding limiting prices or regarding a maximum regulation is outside the regulations,” said the Minister of Finance, María Jesús Montero. “I do not plan to carry out any measure to intervene a chain [la alimentaria] that works properly”, pointed out the Minister of Agriculture, Luis Planas. The idea of ​​this “cap” referred to by Díaz passed, during the course of the week, to an agreement with distributors similar to the one made in France in 2011, when they made baskets with basic products available at affordable prices. At today’s meeting with employers and consumers will be, along with Díaz, the Minister of Consumer Affairs, Alberto Garzón. The CNMC, for its part, has already warned that limiting the price of food goes against community legislation.

Atlético is already in Champions mode