The flu is back, what will happen this winter in Spain? 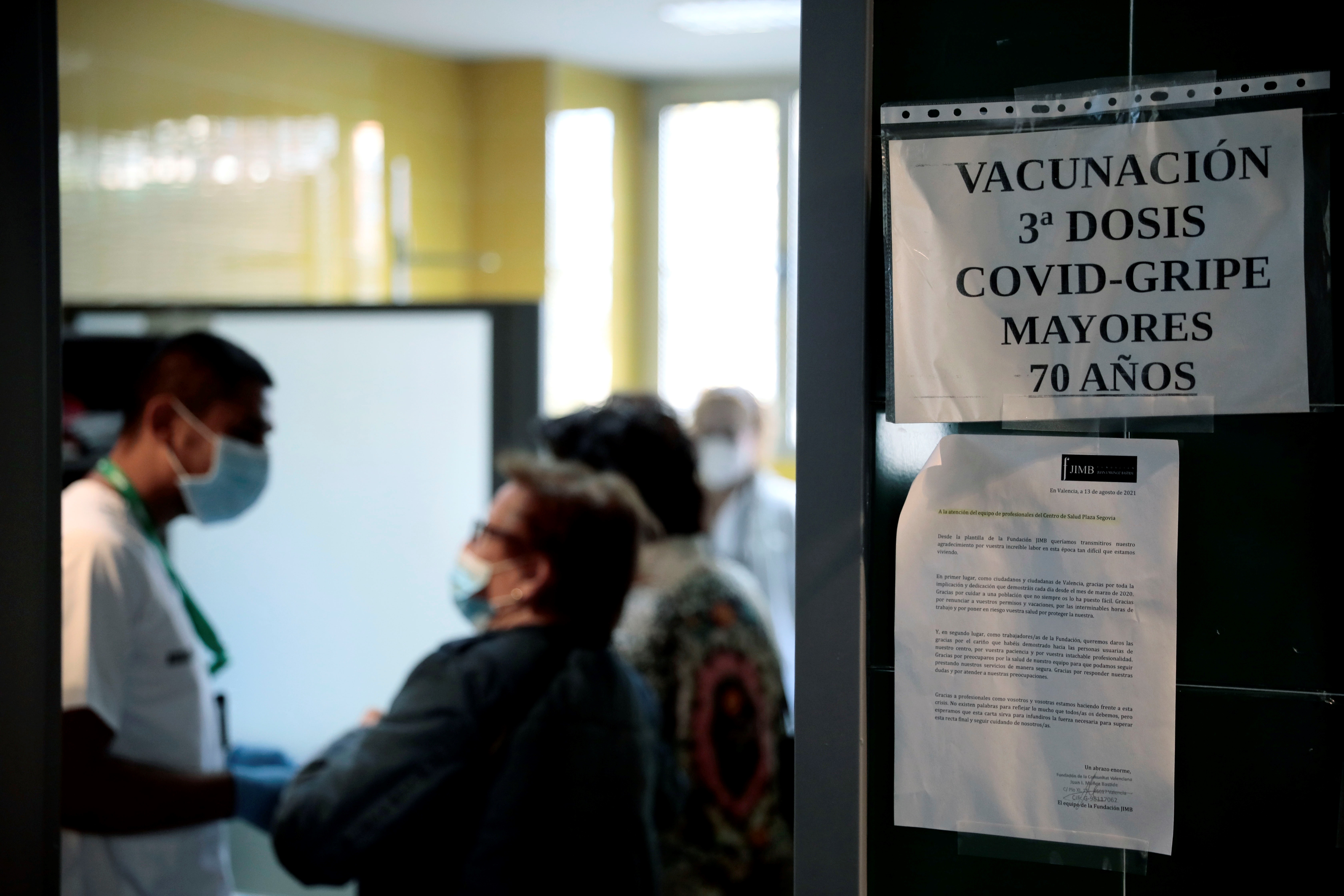 The traditional respiratory viruses have returned. In the last two years, the covid pandemic has altered the seasonal cycles of some microorganisms, usually punctual to the winter appointment, and distorted their behavior, making them disappear from the map or moving them to other times of the calendar. But this year, the first without restrictive or protective measures since the start of the health crisis, they are already beginning to show their heads in the statistics. Expectantly, with few certainties and many questions, experts look to the southern hemisphere, which is now ending its winter, looking for clues to predict the behavior of respiratory viruses – flu, syncytial and covid are the most important – this winter : In Australia, Chile or Argentina there was a seasonal flu for the first time with characteristics similar to those it had before covid, but it arrived earlier and the symptoms were not more severe than in other years. The voices consulted predict a seasonal return of the classic microorganisms, although its duration and intensity remain to be known.

The scientific community is waiting. Waiting to see what happens. Paying attention to the epidemiological surveillance network, explains Toni Trilla, an epidemiologist at the Hospital Clínic de Barcelona: “It is a very exceptional year. We have been two years where the usual situation of circulation of the virus has been displaced by covid. And now we have to do a reset: will they start again as usual and be predictable within the unpredictability? We do not know”.

The appearance of SARS-CoV-2 disrupted the normal circulation of respiratory viruses. If in a traditional winter the respiratory syncytial virus, which causes most bronchiolitis in younger children, used to reach its epidemic peak in December, during the 2020-2021 season —the first with a pandemic—, it disappeared in winter and appeared among May and June 2021, for example. The flu, which used to follow the syncytial and reached its peak in January, has also vanished and the cases, instead of large peaks, have trickled down the calendar.

The Acute Respiratory Infection Surveillance System (SiVIRA), which monitors the circulation of respiratory viruses through sentinel centers in primary care and hospitals, is attentive to every movement, points out Amparo Larrauri, head of the Influenza Surveillance Unit and other respiratory viruses from the National Epidemiology Center of the Carlos III Health Institute: “This season [de octubre de 2021 a septiembre de 2022], the flu has already begun to circulate because there was a change in the ecological niches of each of the viruses and covid gave way, last October, to the circulation of other respiratory viruses. There was a small flu epidemic at the end of the year, but when omicron arrived, SARS-CoV-2 again displaced the flu virus and flu activity dropped off sharply, although the virus continued to circulate sporadically. Until the omicron dropped and an epidemic flu wave appeared again: it was later, with moderate intensity, but quite long.

The virus has behaved in an unpredictable way. This summer, for example, it has not disappeared, which is what happened before covid in the summer period, according to Iván Sanz, from the National Flu Center in Valladolid. “We are already seeing a small rebound and it seems very likely that this winter we will have a flu epidemic more similar to those before Covid, but we cannot know when the peak will be or its intensity,” he adds.

Tracks in the southern hemisphere

Experts are looking for clues to try to anticipate what is coming in winter. “It is an uncertain situation: with covid, we expect an increase, but it will surely have little impact if the dissociation of cases and admissions is maintained,” Trilla values. That and if a new variant does not appear that is more severe or escapes the vaccines. “We can’t rule it out, but Omicron is well established and she is a champion. That it be defeated by other viruses is complicated, ”says the epidemiologist at the Clinic. Larrauri also adds that “there is a percentage of the population that is no longer so susceptible to covid because it has been infected, vaccinated or both”: “The population is not so susceptible to covid, even if a new variant appears. And that leads us to think that SARS-CoV-2 will allow other viruses to circulate.”

Silvia González Ayala, from the Argentine Society of Infectious Diseases, explains that this year the flu epidemic has been characterized by starting earlier than usual and having many cases, with the H3N2 strain predominating, but not because it is more serious: “The we saw higher incidences in 2016 and 2017; this year I would be in third place. It has mainly affected children over 45 years of age, people who move and have a lot of mobility, and not so much adults over 65 years of age”. The key to this transmission is her, in her opinion, in a bad vaccination campaign: “On the one hand, there were missing doses and on the other, people did not respond much, they are already very tired.”

In Spain, the flu vaccination campaign is about to begin. Every year, scientists try to anticipate which will be the dominant strains to formulate the injection, but the anomalies in the behavior of the virus make it more difficult this season, explains Tomàs Pumarola, head of Microbiology at the Vall d’Hebron hospital. “The flu virus mutates every year and its vaccine is made based on the previous season’s strain,” says the microbiologist. After two years without a dominant strain, the difficulty in matching the composition of the doses with the virus to be combated is greater. “This year there will be more margin for error, but the vaccine will continue to protect,” he warns.

María del Mar Tomás, spokesperson for the Spanish Society of Infectious Diseases and Clinical Microbiology, admits that in Spain this summer has already been “unusual” in terms of the evolution of the flu. “What can happen is unpredictable. It is possible that there will be an increase in incidence, but not in hospitalizations”, she weighs herself. In the air is also the weight of the so-called immune debt, the theory that a person, having not been exposed to these viruses for a while, may have lost their immune memory and their response to certain viruses is weaker.

With the return to the classroom, pediatricians and intensive care units are also on alert, waiting for those flu symptoms and bronchiolitis that other years have stressed pediatric critical care units. Carlos Rodrigo, director of the pediatric service at the Germans Trias i Pujol Hospital in Badalona, ​​warns that the great learning from covid is that “forecasts are here to fail”: “We have had children admitted with bronchiolitis in August, who did not had never happened. We hope that in winter there will be more. In Australia they have had respiratory syncytial virus.” And remember, about the immunological debt of children born in a pandemic and who have not yet had contact with the virus, that “those who have not been exposed will catch it later”: “The only problem is the number, which accumulate . Three age groups will be added [tres generaciones, las que no lo han cogido y las que les tocaría cogerlo ahora]. But the fact of not having caught it in the first months of life is good: better to catch it later”.

Toni Soriano, pediatric infectologist at the Vall d’Hebron Hospital, recalls that, in addition to the boom in July 2021, there was some other specific peak of syncytial and flu in children, outbreaks that could have minimized the bag of pending susceptibles: “It could have paid off that immune debt. Yes, we hope that in the next two months it will accelerate [el diagnóstico de virus respiratorios en niños], but we don’t think there will be an explosion.” In fact, he points out, they are already more than 15 days into the course and they have not yet seen an impact of social interaction in the classroom in terms of virus circulation. Larrauri points out that, although the syncytial “is circulating sporadically, there is no increase in intensity in primary care or hospitals.” For now.

Experts recommend, as far as possible, maintaining some protective measures to prevent the circulation of respiratory viruses. The use of the mask in crowded places or frequent hand washing are good allies, for example. But they also invite the population at greatest risk, such as the elderly or people with certain ailments, to get vaccinated against the flu and also against covid, a campaign that will begin next week in nursing homes and will continue with those of more than 80 years to continue with the septuagenarians and the sexagenarians.

With children, Soriano appeals to common sense: “Asking a child to maintain social distance is like asking an 80-year-old man to climb Everest. We can’t ask that of children. Health education must be reinforced at school, but children’s contact with respiratory viruses is important for good immune maturation.” And, a message for parents: “If you see that your child is not feeling well, he has a fever or a cough, do not take him to school. For him and for the other children, who may be at risk. You don’t have to give him a Dalsy or Apiretal and send him to school. That is not the message that should be conveyed.”