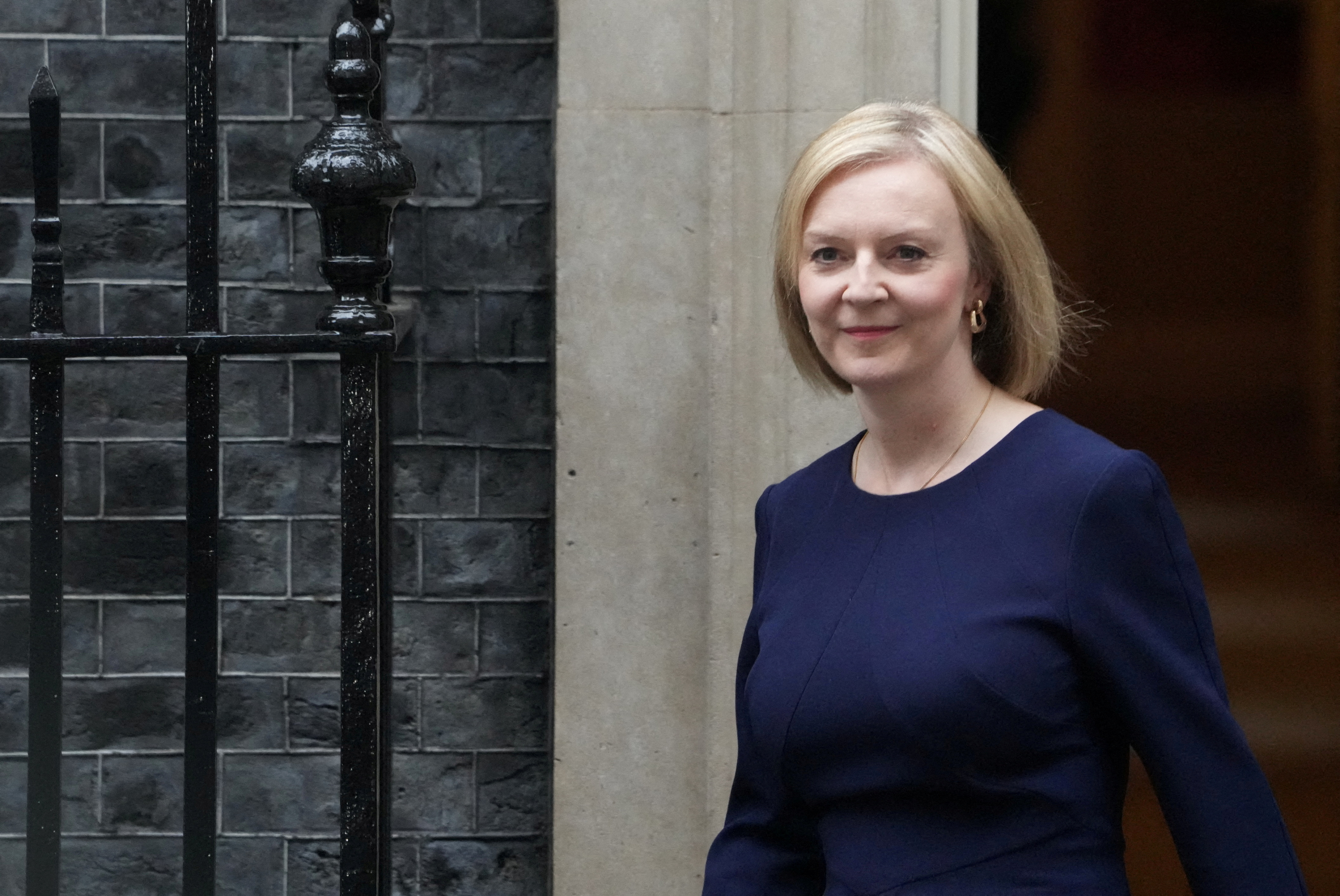 The fury of widespread and indiscriminate tax cuts drives the economic abyss and aggravates social inequality.

This is what is happening in several European countries, at the hands of ultra-ideologized right-wingers. The champion of this adventure is the new British leader, Liz Truss. She has polished off all the tax increases planned by her predecessor and godfather, Boris Johnson, who appears to be a masked leftist.

In one fell swoop, Truss has annulled the rise in Corporation Tax to 25%, and returns it to 19%. It has lowered personal income tax: the highest bracket, from 45% to 40%; and the lowest, from 20% to 19%. It has canceled the increase in social contributions. It has annulled the tax on extraordinary profits, fallen from the sky, of energy companies. And it has lowered that of property transfers to housing.

Its reductions are anti-redistributive. High incomes, those of the 630,000 people who earn more than 170,000 euros a year, benefit much more (five points) in income tax than low incomes (one point). It rains on wet in the country that after the US has the greatest inequality in disposable income of the most developed, according to the OECD.

And experience says that they are also ineffective. Truss maintains that the reduction in Companies will encourage investment and growth and increase collection. But the previous conservative race to the bottom (from 30% to 19% between 2007 and 2019) did not make it. Private investment is “the lowest in the G-7 and one of the lowest in the OECD”, notes the Institute for Public Policy Research (Cutting corporation tax is not a magic bullet for increasing investment, September 20).

And it is that the fiscal wardrobe fund of Ronald Reagan and Margaret Thatcher, boosted by the fanciful Laffer curve, proved ineffective in improving the fiscal harvest: it led to astronomical deficits and debts and increased unemployment. “40 years later, Thatcherism is a zombie idea”, the liberal Martin Wolf has concluded (Financial Times, September 20)

But that will be checked again. At the moment, the forecast in the markets that the paradisiacal fiscal recipe will end in the worst hell, has triggered panic, has scared away investors, has dismantled the pound and has already caused the Bank of England to come to the rescue : through a gigantic purchase of bonds of 65,000 million pounds (which could further weaken the currency), an expansionary measure against the restrictive line that it was following, as the second great rate hawk.

And it is that the tax reduction will immediately cause a budgetary hole of 50,000 million euros. To which are added the 150,000 million committed in aid to companies and families to face the energy crisis caused by the Russian invasion of Ukraine. A total of 200,000 million, around 24% of the total budget (of 2019/2020) and 7% of the debt: 85.4% of GDP in 2019 and 95.35% in 2021. So the IMF has just urged Truss, in a harsh official statement (September 27), to “re-evaluate” the tax cut plan. Not only because “it will increase inequality.” Also because “given the high inflationary pressures in many countries, including the United Kingdom, we do not recommend broad and untargeted fiscal packages.”

In the same wave of censorship, the chief economist of the ECB, Phillip Lane, recommended in the Austrian newspaper Der Standard that “from a macroeconomic point of view, governments should support the income and consumption of those households that are suffering the most”, and not the least.

And he advised introducing “higher taxes on those with higher incomes or on those industries and companies that are very profitable despite the energy shock,” an alternative “less inflationary than expanding deficits to finance aid.” Well, as Moody’s estimates, “tax cuts”, by collecting less, “will lead to higher structural deficits”.

Also the consortium of the right and the extreme right Italian opts for generalized tax reductions. Although his separatist claim to reform the Constitution to residualize European law, renegotiate the Next Generation Recovery Plan and the nationalist bias of his protectionist proposals on State aid are more worrying. And although the taxes have generated less public debate in the elections, both the Fratelli d’Italia program —Giorgia Meloni’s ultras— and the coalition pact also point to “fiscal paradisism”.

Thus, the Accordo quadro di programma per un governo di centrodestra (sic) advocates a “reduction of tax pressure for families, companies and the self-employed”; opposes estate, inheritance, and gift taxes; postulates the reduction of VAT, a flat rate up to 100,000 euros, and the abolition of “microtaxes”. Without going into much more detail.

In the case of Spain, the champion of the almost universal reduction of taxes is the opposition, the PP. Without worrying that the Spanish tax burden is 5.7 points lower than the community (data from a “normal” year, 2019) or that inequality has increased by 6.9% between 2007 and 2017 (according to the Gini index), directly or indirectly, it proposes to reduce the burden of personal income tax, VAT, and increase the incentives (that is, the holes) in the Corporation Tax (although its results have fallen from 44,000 million in 2007 to 26,000 million in 2021), which means “touch” the three big taxes by collection capacity (see its Plan of urgent and extraordinary measures, of April 22; and its Proposals for an energy pact, of September 12).

All this, without including the most tactical improvisations, such as the abolition of the Wealth Tax (via 100% regional exemption). Or spectacular errors, such as the one that “the wealth tax does not exist in the EU, except for a small rate in Norway”, as Alberto Núñez Feijóo slipped, in FAES on the 23rd. That country is not part of the Union, it has rejected it in a referendum twice, in 1972 and 1994.

On the other side, that of the Government, there are also ups and downs (largely as a result of the fact that the comprehensive tax reform has been postponed), such as the one that has resulted in the reduction to the lower section of personal income tax.

But a greater balance between reality and ideology means that its tweaks fit better with the recommendations of the IMF, the OECD and the ECB: maintenance of collection, conservation or increase in the progressivity of the system, limitation of reductions only to selective and compensated with increases to higher incomes or extraordinary profits, support for the vulnerable more through specific and targeted aid than through taxation. They may cause fewer shock waves. But money things are enemies of excessive noise.

The price of electricity will rise 8.2% this Sunday to 185.9 euros/MWh