The extreme right wins the elections for the first time in Italy, according to the polls 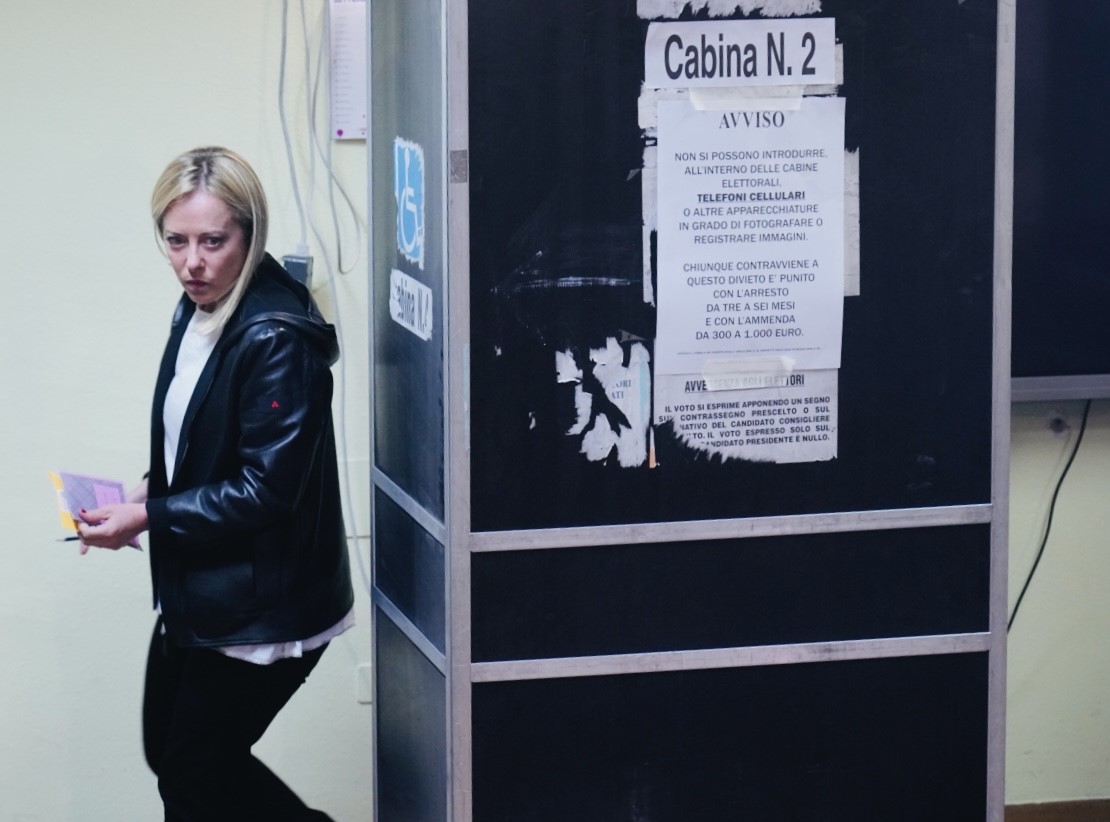 A political earthquake with the aroma of consolidation of the extreme right in Europe has shaken Italy this Sunday. Some 50 million citizens were summoned to the polls to name and color the 68th government of the last 76 years in elections caused by the premature fall of Mario Draghi’s Executive in July. The right-wing coalition, formed by the ultra parties of Brothers of Italy and the League and by Silvio Berlusconi’s Forza Italia, has obtained a net victory (around 43% of the votes in the Chamber of Deputies, according to the poll by the RAI) that will allow them to reach, if the vote confirms it, an absolute majority. Internally, the enormous advantage obtained by Giorgia Meloni, leader of the post-fascist Brothers of Italy, which has multiplied by six the results obtained in 2018 (it would go from 4% to 26%), places her as a favorite to receive the commission from the head of the State, Sergio Mattarella, to form a Government. She would be the first woman to do so in the history of the republic.

Italians have decidedly voted for the right-wing coalition. An artifact that had not governed since the last Executive of Silvio Berlusconi, who fell in 2011 with an Italy on the verge of bankruptcy and a precocious Meloni as Minister of Youth. The result, if confirmed in the count, does not surprise anyone in a campaign marked by disinterest and citizen apathy. The figures, in fact, coincide with those handled by the three formations in the month of July, when they made Mario Draghi’s Executive fall in an interested way (exquisitely neutral during the campaign). The news, however, has been a historical collapse in participation (51% at 7:00 p.m., seven points less than in 2018), which marks a downward path in the interest of citizens in politics since 1979.

The Italians have turned to the Brothers of Italy party, the only one that had not been part of any of the three governments of the last legislature. The formation, born from the embers of the post-fascist Italian Social Movement (MSI), has not suffered government wear and has mercilessly plundered the hotbed of ultra votes of Matteo Salvini’s League. The formation of the former Minister of the Interior, who had led the conservative bloc during the first part of the legislature (he obtained 33% of votes in the last European elections), has achieved a dismal result on this occasion (around 12%) that could open an internal crisis. And who knows if there are also tensions in the right-wing coalition.

The result also shows the seams of the progressive bloc’s strategy, whose defeat is not attributable only to the votes obtained. The electoral law, a mixed system that combines the proportional and the majority method, rewarded coalitions configured a priori. But the left-wing bloc, led by Enrico Letta’s Democratic Party (21% of the vote), was unable to reach an agreement with the various forces that could make it up. Given the result of Giuseppe Conte’s 5 Star Movement (17.5%), which has managed the electoral campaign and exploited the discontent in southern Italy, both forces could have formed a competitive bloc. Especially, if the growth of the so-called Third Pole (8.5%) is also observed, a coalition of small liberal center parties led by the former prime minister, Matteo Renzi, and one of his former ministers, Carlo Calenda.

Giorgia Meloni and her party have obtained an impressive result favored by the monstrous abstention in the south. Brothers of Italy achieved only 4% of the votes in 2018: a residual figure, in the same line that the formation had moved since its foundation in 2012 and that placed them as a troupe of the right-wing coalition. On Sunday, according to the polls, he multiplied that figure by six, an unusual feat in Italian democracy, accustomed to electoral meteorites, but nothing like this. The support for Meloni drinks from discomfort, from discontent with the lurching of the League. Also from disenchantment with politics – the low turnout clearly demonstrates this -, from the need to rely on something new and from a normalization of the extreme right in Italy, whose citizens do not judge as extreme political positions that openly question some of the advances social of the 21st century. The lower influx to the polls invites us to think that there is a large part of the citizenry that has not voted for that option, but neither is it concerned about its advent.

One of the conclusions that the results of the first polls also show and that could mark a trend in Europe is the engulfment of the right by the ultra universe. The rise of the Brothers of Italy is the product of many socioeconomic and emotional factors in Italy. But its growth is also the responsibility of Forza Italia (8.0%), Silvio Berlusconi’s party, which since its founding in 1993 had to rely on a secessionist and supremacist right (the old Northern League) and on the remnants of the post-fascism of the MSI. , which then brought together the National Alliance of Gianfranco Fini. Both parties were for years the troupes of Berlusconi’s political show in Italy and Europe. But the Cavaliere’s inability to appoint a replacement at the head of his party/company and the volatility of the electoral consensus have made him the electoral reference for right-wing voters.

Wanted Prime Minister from the polls

The last time Italy saw a prime minister come out of the polls was in 2008, when Silvio Berlusconi won the election and began his third term as chief executive. Since then, the country has had six other leaders who have never won an election or who had not even appeared on any list, such as the technocrats Mario Monti or Mario Draghi, at the head of the Presidency of the Council of Ministers.

The situation is not new. In fact, the Italian electoral system does not provide for the election of a candidate (the last of the modern era before Berlusconi was Romano Prodi). It happened for decades with the Christian Democracy, which did not have a proposal for president of the executive. The artifacts formed to govern – which sometimes included four different parties – forced the head of government to alternate in order to maintain balance. But his choice was more of a symbolic matter. But the level of boredom of the citizenry when observing how the real command of the country has less and less to do with the wishes expressed at the polls has an undisguisable effect on participation.

Berlusconi was the first to introduce the name in the party symbol. Despite the fact that the rest of the parties later imitated him, it is a practice that has historically been used more by the center-right. The left has been more respectful of the parliamentary liturgy and spoke more of the party. But the enormous bipolarization through two great coalitions forced to put a name at the head of each coalition. But the candidate for prime minister is an electoral fiction. Partly for this reason, the right has proposed to undertake a constitutional reform in the next term to provide the country with a presidential system – in the style of the US or France – with the idea of ​​granting greater stability to Italy.

Fee by palm in China: what can go mistaken?

Primark will make investments 100 million and create 1,000 jobs in Spain within the subsequent two years

Cyber ​​assaults: Paralyzed IT at college, press company and hospital

Measuring electrical portions: what it is advisable know