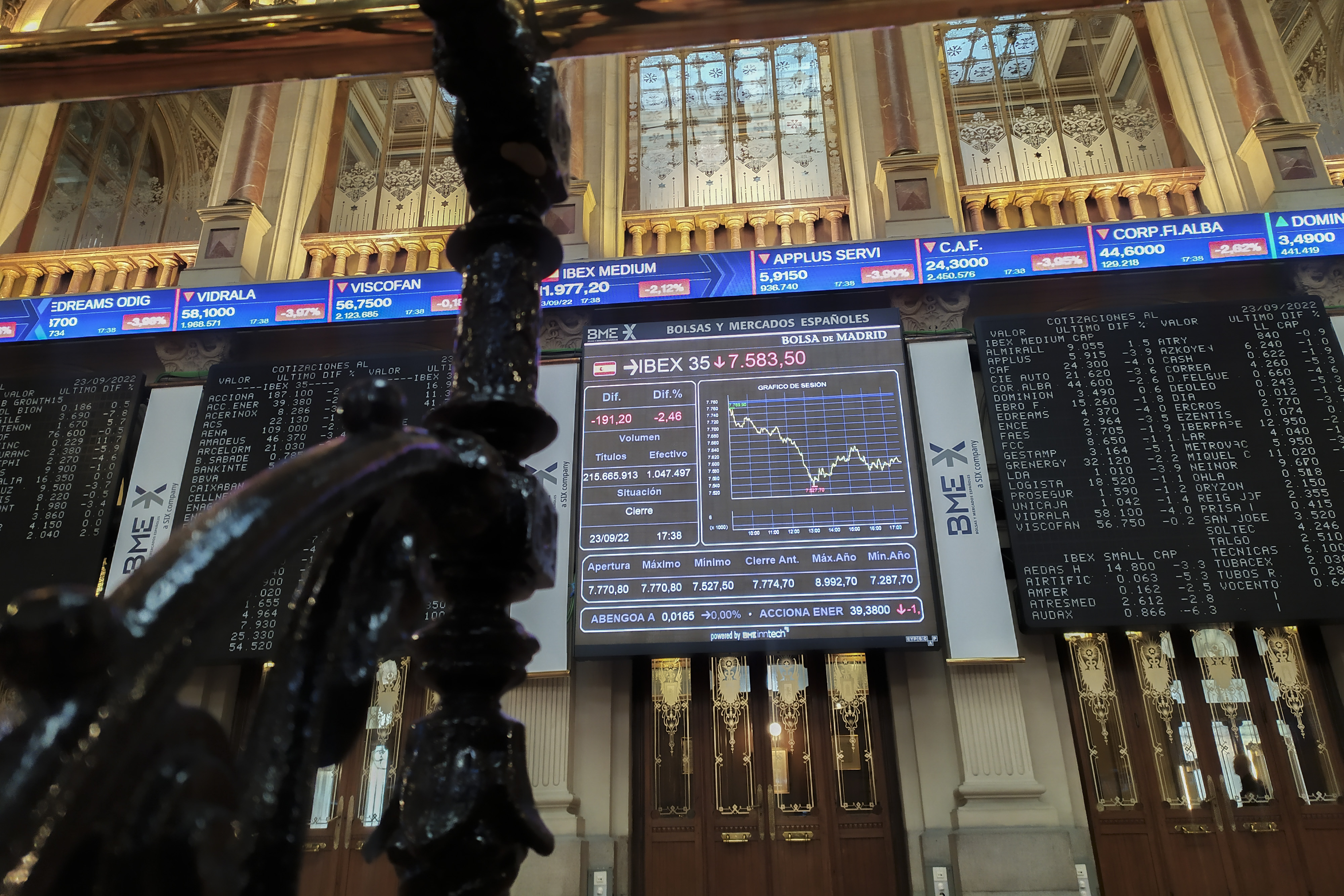 European stock markets have started the week more concerned about the United Kingdom than about the expected victory of far-right Giorgia Meloni in the Italian elections. The Ibex 35 has woken up with losses of 0.5% and deepens in the annual lows that it marked last Friday. Frankfurt, Paris and London opened with modest gains that have faded after closing down last week. In Italy, the Milan Stock Exchange advances 1%.

All eyes are on the United Kingdom this week: the pound sinks against the dollar (down 22% so far this year), weighed down by the historic tax cut announced last Friday by Prime Minister Liz Truss. With the British currency at its lowest level in recent years, criticism of economic management is piling up: the Labor opposition accuses Downing Street of indebting the country to favor the richest. Larry Summers, a former US Treasury secretary, wrote on Twitter after the announcement that the UK “will be remembered for having deployed the worst macroeconomic policy in the entire world.”

The result of the Italian elections has not generated surprises, which has caused the markets to react with moderation. The Milan stock market started with a rise of 1%. Even so, Meloni, with an ultraconservative social profile and a liberal economic one, generates uncertainty both in Brussels and among investors. On several occasions he has advocated reformulating the relationship between Italy and the European Union in search of greater sovereignty, and it is feared that he will propose a renegotiation of the European recovery fund.

In Spain, the stocks that performed best at 10:00 a.m. were Fluidra and Inditex. The most bearish were Banco Sabadell and Mapfre, which lost around 2%. The Spanish stock market deepens its fall and, after its worst week in months, is moving away from the threshold of 7,600 points.

In the foreign exchange market, the dollar remains strong and the euro sinks. The green ticket is paid, first thing in the morning, at 0.96 euros. The British pound continues in its free fall and depreciates more than 1%: the British currency is paid at 1.07 dollars and is dangerously close to parity with the US currency.

As for the debt market, the 10-year Spanish bond is paid at an interest rate of 3.22%, slightly more than last Friday. Oil continues its downward trend: Brent (the reference crude oil in Europe) depreciates slightly and a barrel is paid at less than 85 dollars. The West Texas Intermediate (WTI), a benchmark in the US, follows suit and the barrel falls around 0.4%, to 78,340 dollars.