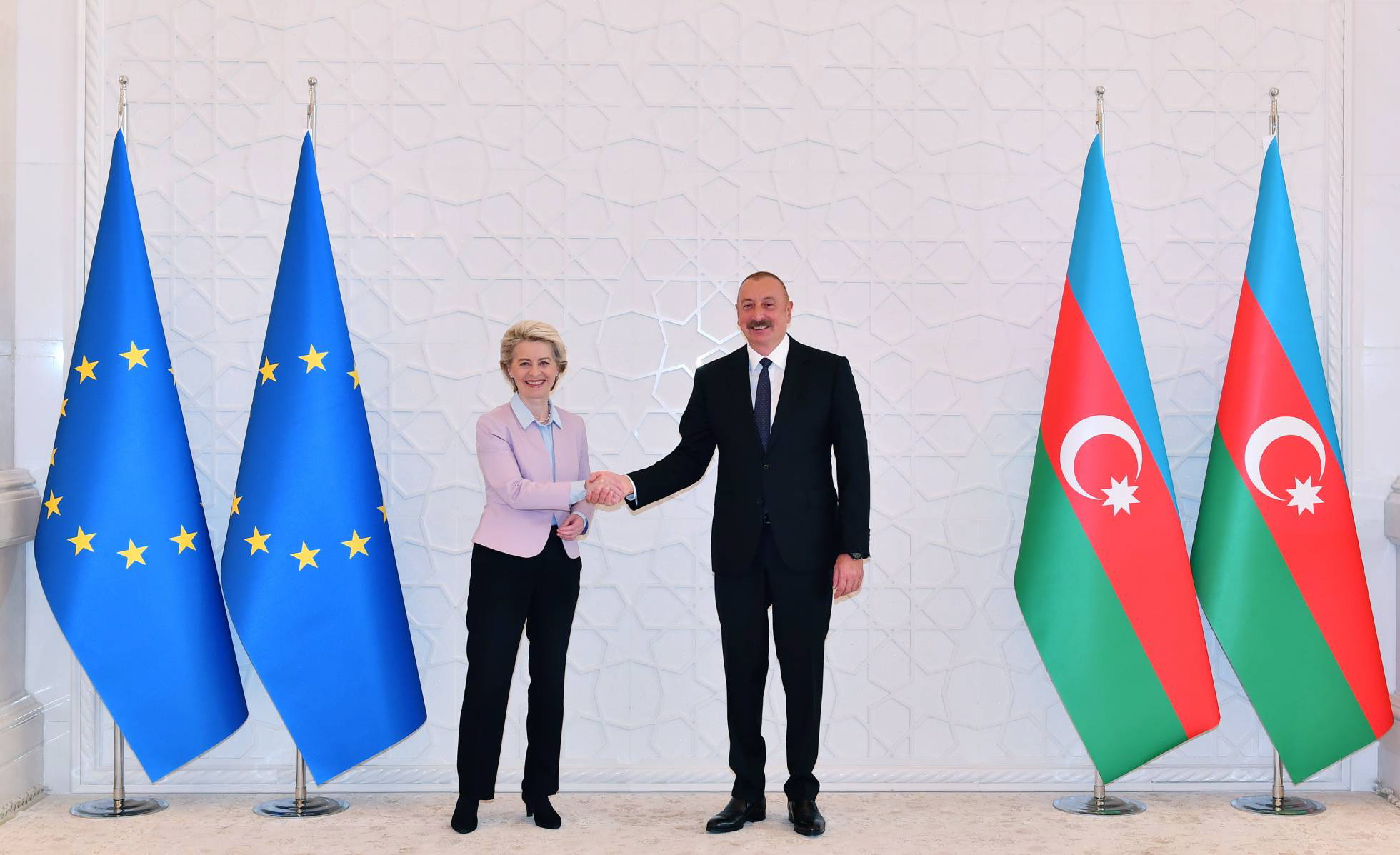 Brussels continues to explore ways to move away from dependence on Russian gas, as the shadow of a Kremlin-managed energy crisis looms over the EU-27 in response to EU sanctions imposed for its military aggression against Ukraine. In this way, the European Union and Azerbaijan signed an agreement on Monday to double the supply of natural gas to 20,000 million cubic meters per year in 2027, from the 8,100 million cubic meters supplied in 2021 through the southern corridor of gas, which connects the country with the community market through Turkey, a joint project between Brussels and Baku inaugurated in 2018, which is mainly fed by deposits in the Caspian Sea and connects with Europe.

Despite the traditional criticism of the EU against the Government of Azerbaijan and its history of human rights violations, Brussels is now delving into this export route to try to unhook from Russian gas, which accounts for 40% of the gas supply of the EU (in some countries it exceeds 70%); dependency that the European Commission advocates reducing as much as possible between now and the end of the year, when a particularly cold autumn and winter are expected, with the Russian president, Vladimir Putin, using the gas tap as leverage against the Union for its support to Kyiv. Baku, however, which has its own conflict with Armenia over Nagorno-Karabakh, also has close trade and defense ties with Moscow, though it has tried to steer clear of taking a stand on Vladimir Putin’s ordered invasion of Ukraine.

The president of the European Commission, Ursula von der Leyen, described Azerbaijan as a “crucial energy partner” in Baku on Monday and added that the EU must “diversify away from Russia” and turn to more “reliable” suppliers. Von der Leyen has stressed that the objective is to increase the supply of gas from the Caucasus country to 12,000 million cubic meters this year. “We will invest 60 million euros of European funds in Azerbaijan until 2024,” said the president of the Community Executive. Von der Leyen estimates that the investment will mobilize an additional 2,000 million euros in investment in Azerbaijan, which has the EU as its main trading partner and main export destination.

The agreement with Azerbaijan comes when the markets and the pockets of European citizens look carefully at Nord Stream 1, the gas pipeline that carries Russian gas to Germany, temporarily paralyzed for maintenance, according to Moscow, but not a few in Brussels they fear that it may remain closed or with a reduced flow. This possibility would cause serious problems for Europe to fill storage tanks to levels that allow them to comfortably spend the winter. The supply of the Nord Stream 1 had already been reduced to about 40% of its capacity. Already last year, in a show of force, Russia stopped covering all of Europe’s gas demand and gave a small taste of what it can do. Now, not only Brussels hastily signs pacts, France is exploring energy possibilities in the United Arab Emirates, Italy and Algeria have also signed this Monday to increase the supply of gas from the African country.

The EU has set itself the goal of filling its gas reserves to 80% of maximum capacity by early November. The task is not easy and the European Commission has put on the table a series of measures to reduce gas consumption, including reducing the use of air conditioning and heating. The community executive will present its plan Save gas for a safe winter this Wednesday with a battery of mandatory measures so that member states can accumulate gas reserves with a view to a winter in which, in all probability, Russia will cut off the supply.

The head of the International Energy Agency, Fatih Birol, warned on Monday that the world is experiencing “the first truly global energy crisis in history.” Birol has warned about Russia’s political handling of the energy lever. “Europe is now forced to operate in a constant state of uncertainty about Russian gas supplies and we cannot rule out a complete cut-off”, he has pointed out in an analysis of the possible shortage scenario. “Russia could decide to give up the income it earns from exporting gas to Europe to gain political influence,” he added.

Meanwhile, Ukraine has asked the EU to resist pressure from the Kremlin and against the argument that the sanctions against Moscow are not working and are turning against European citizens; a speech that is in Russia’s argument, but that does not correspond to the statistical reality of a country that has had to cut industrial production and that still lives on rents and stocks.

The agreement with Azerbaijan involves the expansion of the southern gas corridor, which has connected the Caucasus country with the Western Balkans since 2011, and includes the trans-Adriatic gas pipeline, and which is already operating “at its maximum capacity”, according to the president of Azerbaijan, Ilham Aliyev. In addition to gas, the memorandum signed by Von der Leyen on Monday includes a pact to promote renewable energy in Azerbaijan, mainly wind power and hydrogen.

Sylvester Stallone wants to recover his rights to 'Rocky'