The end of the American dream: there is no asylum in the United States 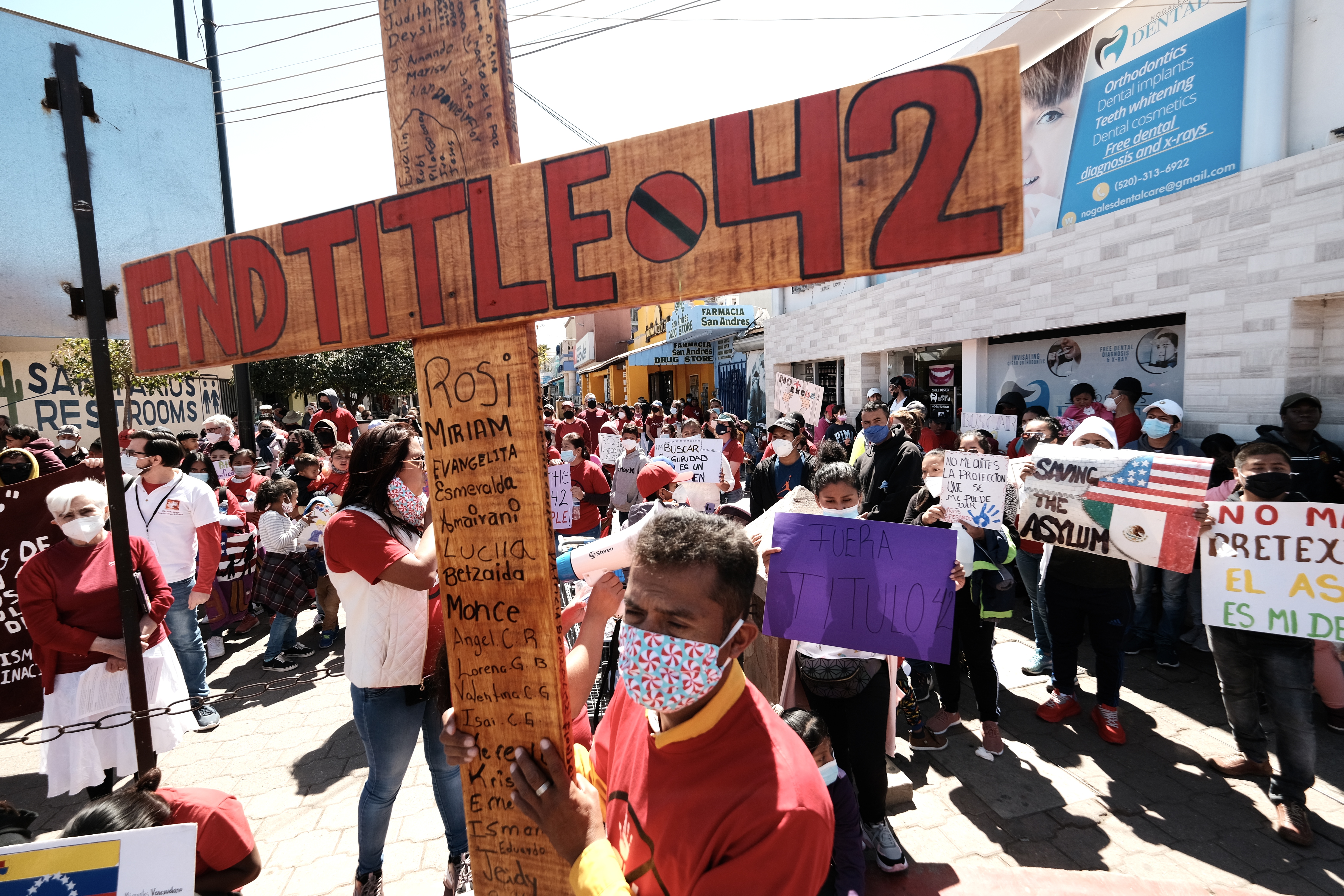 Walter (not his real name) comes from El Salvador, is a hairdresser and is gay. In his country, he survived an assassination attempt by gangs, who beat and stabbed him. “I lost everything. But I am alive.” He fled his country and arrived in Mexico, where he crossed the Sonoran desert. He was very scared. He turned himself in to the border patrol in the United States and applied for asylum. Despite telling them about his case and showing them his scars, the agents expelled him to Mexico. His dream is to come to the US and open a beauty salon.

Luisa (not her real name) and her 10-year-old son come from the State of Guanajato, Mexico. They fled with the clothes of a husband and father who mistreated them for 12 years. In the days following his escape, a relative was murdered. Luisa believes that it is a revenge of her husband, related to organized crime. She is very afraid and feels insecure in Mexico. She dreams of being granted asylum in the United States together with her son and starting a new life free of violence.

Rita (fictitious name) is 30 years old and comes from Nicaragua, where she stood up against the policies of her government, with the consequent danger of being imprisoned. She fled to Mexico, crossed the US border, turned herself in to the patrol, but was returned to Nogales. On the way to Mexico she suffered attempts of abuse on two occasions. She wants to apply for asylum in the US.

I write these lines from Nogales, Mexico. On the same border with the United States – one of the migratory hotspots on the planet – the initiative with which I collaborate, accompanies migrants in an integral way, offers them various services (shelter, dining room, laundry, labor, psychological and medical consultations) and , in collaboration with other organizations, guides them from the legal point of view. It also tries to influence public policies in Mexico and the United States so that they are fairer and more humane with forced migrants.

According to data from Human Rights First, more than 10,000 people have suffered “kidnapping, murder, torture, rape and other violent attacks” after being expelled to Mexico

Unfortunately, the possibility that Walter, Luisa, Rita or so many other forced migrants who flee their places of origin due to organized crime violence, gender violence or political persecution obtain international protection in the United States is, today, extraordinarily limited.

In recent years, the policies of the Trump Administration have impeded international protection and violated the right to asylum. Under the Program for the Protection of Migrants, also called Stay in Mexico, asylum seekers had to wait in that country for their application to be processed. The program has led to the expulsion of numerous people, mostly from Nicaragua, Cuba and Venezuela, and has put them in grave danger, as pointed out by the organization Human Rights First, which documents more than 1,500 attacks and kidnappings in the Mexican border cities. Fortunately, on August 8, the Biden Administration announced the end of the Stay in Mexico program.

But international protection and the right to asylum continue to be violated under the so-called Title 42, the legislation put in place in 2020 that closed the borders to prevent the spread of the covid-19 virus, but which today prevents migrants from forced to apply for international protection, with very few exceptions. The Center for Disease Control and Prevention (CDC) announced on April 1 its intention to end Title 42 as of May 23, 2022, considering that the numbers of coronavirus infections already did not justify the need to maintain this policy. However, Arizona, Louisiana, and Missouri sued the CDC in Louisiana district court with the intention of upholding Title 42 (other Republican states later joined the suit). The district judge ruled in favor of the plaintiffs, so Title 42 remains in effect.

Ports of entry to the United States are closed and migrants who manage to cross the border are expelled without considering their request for asylum. Title 42 has led to the expulsion of two million people to Mexico, Haiti, Guatemala, Honduras and El Salvador, among other countries. According to data compiled by Human Rights First, after being denied the opportunity to apply for asylum in the United States, more than 10,000 people have suffered “kidnapping, murder, torture, rape, and other violent attacks” after being expelled to Mexico.

Social and human rights organizations, including the Kino Initiative for the Border, demand that the governments of the United States and Mexico open legal and safe channels, promote access to protection and security for migrants in Mexico and restore the right to asylum, eliminating Title 42. Likewise, social organizations insist on humane treatment and policies for migrants, denouncing the numerous abuses and violations of rights by the authorities (such as mistreatment, confiscation of belongings without return, night deportations, including minors…). In addition, given that many forced migrants are stranded in border cities, it is advocated to create a culture of hospitality in these cities, so that forced migrants can access, without discrimination, health, education, work or other services. rights and live with dignity and security.

Meanwhile, William, Luisa and Rita, like so many others, continue to hope that their situation will be resolved and that they will be able to cross into the United States to start a new life. I hope they get it.