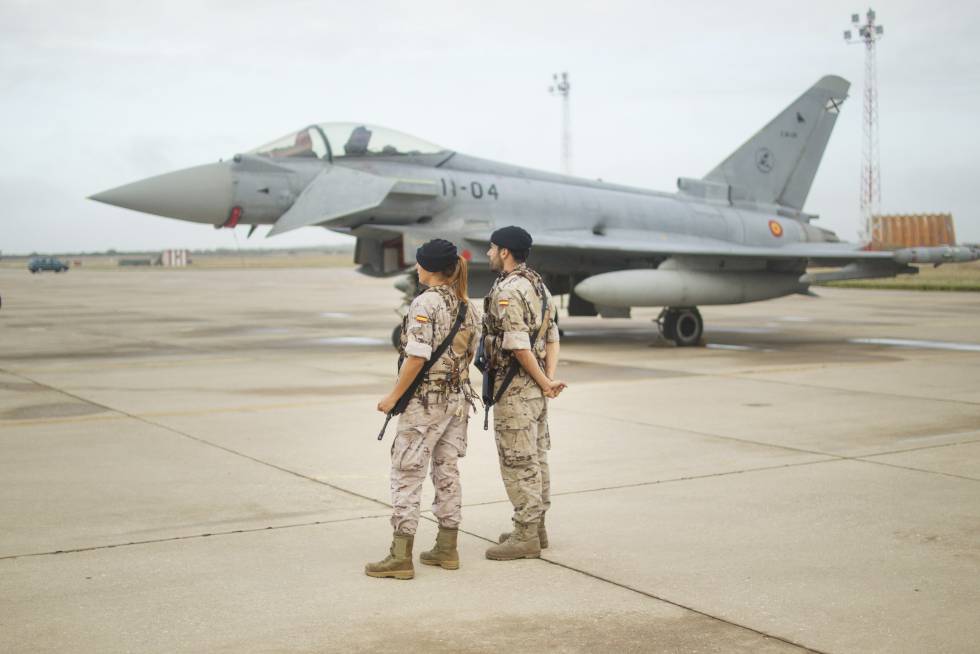 The budget of the Ministry of Defense will experience an increase of 26.3% next year, so it will be at the head of the departments that grow the most (from an initial budget of 10,152 million this year to 12,825 million in 2023). United We Can has complained that the socialist part of the government did not inform them of this sharp increase, while the socialists argue that their coalition partners had all the data in their possession.

The truth is that in the documentation that was presented to Congress this Thursday, defense spending appears disaggregated, so that it is not easy to deduce its total amount. The budget of the department directed by Margarita Robles is divided between the part financed only with national funds (7,276 million euros, 6.5% more than in 2022) and the part also financed with European funds (7,304, 8.5% more ), but the Special Weapons Programs are also presented separately (such as the Eurofighter fighter, the S-80 submarine or the 8×8 Dragon combat vehicle), whose item goes from 2,848 million to 4,902, an increase of 72.1% .

The justification for separating this last item from the total budget lies in the fact that large weapons systems do not count towards the deficit since, according to European accounting, they are counted at the time they are incorporated into the inventory of the Armed Forces and not when they are they pay. The sum of the two items gives a total of 12,825 million, an increase of 26.3% over the 10,152 of the initial budget for 2022.

In addition, the Industry budget includes a fund of 1,601 million to finance weapons programs through the granting of interest-free loans to companies in the sector that do not count as a deficit either, since they must be returned by the companies when Defense pays them for their products. The Armed Forces Housing and Infrastructure Institute also depends on this last department, which will have 255 million (24.7% more than this year); or the National Intelligence Center (CNI), with 273 million (3.2% more), of which 19.8 correspond to reserved expenses. In total, the opaque funds that Defense, Foreign Affairs and Interior are distributed add up to 27.8 million, an amount that has remained frozen in recent years.

In addition, the Armed Forces receive each year around 1,000 million euros from the so-called Contingency Fund to finance their operations abroad and other expenses. In total, Defense will have more than 15,000 million euros next year, so it will be around 1.2% of GDP, on the growth path to fulfill the commitment made to NATO and the EU to reach 2% in 2029 .

The Budget Law sets a maximum workforce of 79,000 troops and sailors for 2023, the same figure as this year. For her part, the Minister of Defense, Margarita Robles, denied this Thursday that the Government had increased military spending “through the back door” as denounced by United We Can and has insisted that the President of the Government “keeps his word”, in allusion to the commitment made during the NATO summit in Madrid last June.