The creditor contests hit the sectors most affected by the cost of energy: agriculture, livestock and transport 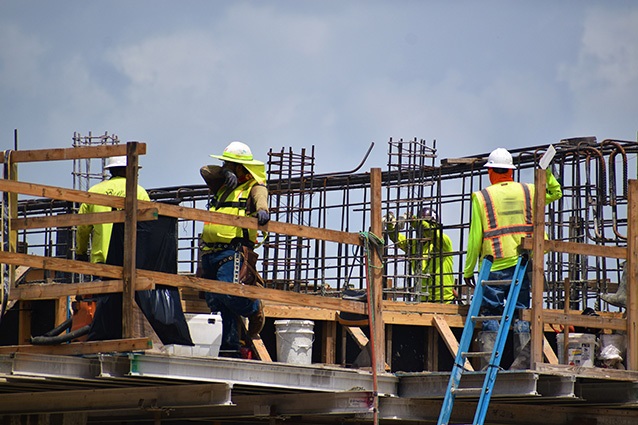 The energy crisis, the scarcity of raw materials and high inflation continue to hinder the recovery of the business fabric after the crisis caused by the pandemic. On June 30, the moratorium that exempted companies from their obligation to request bankruptcy proceedings when they were insolvent ended. That oxygen balloon expired. And, without producing the cascade of bankruptcies that international institutions once predicted, there has been an upturn in bankruptcies. Specifically, these judicial processes increased by 21% in July compared to the same month last year, according to data released by Axesor this Monday. The contests accumulated so far this year reach 3,616. The increase, in this case, is lower because in the first semester the companies benefited from the moratorium: it was 1.54% compared to last year. The most affected sectors are the most affected by energy costs: agriculture, livestock and transport.

Juan Fernando Robles, professor of Finance at the Center for Financial Studies, warns that this is only the beginning of a painful trance. Due to the end of the moratorium, the contests will continue to rise in the coming months. “Companies drag the situation of the pandemic. And inflation is giving them the finishing touch, something that the data still does not fully reflect, ”he notes. Alberto Velasco, technical secretary of the Registry of Forensic Economists (Refor), explains that the real consequences of the end of a measure that the Government has extended on several occasions to alleviate the effects of the coronavirus crisis will not be known until September. “When you have pain in your body, you are reluctant to go to the doctor. Similarly, many companies are expected to resort to the contest. It is an expensive procedure and, above all, the smaller ones do not have the capacity to respond to a situation of insolvency”, he warns.

The European Commission had warned last year of the risk of a wave of business bankruptcies in Spain. However, this has not been the case: the volume of contests is far from massive. Of course, the increase in insolvencies confirms the slowdown in the country’s economy. “The uncertainty generated by the runaway growth in energy costs, the already appreciable drop in consumption and some of the measures announced to mitigate its effect, among other causes, are postponing investment decisions,” say Axesor sources.

Commerce and construction, with 1,343 insolvencies, accumulated 37% of the total. They are followed by the manufacturing industry with 406, which represents 11%. Three sectors hard hit by the stoppage of activities in the hard times of the health crisis and by the tensions in the supply chain that triggered the prices of raw materials. The hotel industry, on the other hand, has better data. In July, only 1.64% more procedures were declared. And the accumulated data is still negative: this year 28.26% fewer companies have gone bankrupt than in 2021.

More insolvencies in agriculture and transport

Among the sectors that registered a greater increase in contests so far this year, agriculture and livestock stand out, with a variation of 138%, and transport, 26%. “Given the rising cost of fertilizers and oil, it is increasingly difficult for farm workers to continue their activity profitably,” adds Robles. The same goes for the transfer of goods. The closure of factories and the drop in demand during the confinement sank the business of the carriers. The high prices of fuel, which caused some of them to work at a loss as they could not cover their expenses, have been the final auction. And the atomization of the sector, which feeds competition between companies, does not play in its favor either.

At a regional level, Catalonia is the autonomous community in which the most bankruptcy proceedings have been registered during the first seven months of the year (883 in total). The figure is 3.5% lower than the same period last year. In Madrid, these procedures have also fallen by around 3%, with an accumulated figure of 770. But the region with the best data compared to last year is Castilla y León, with a drop of almost 45% (60, between January and July). On the other hand, the Valencian Community recorded a rise of 10.6% (574), and Andalusia of 13.45% (329).

The data relating to the incorporation of companies are also a clear symptom of the slowdown in the Spanish economy. According to the Axesor Business Radar, 62,979 companies were incorporated so far this year, 3% less than in the same period last year. “The convulsive environment does not invite entrepreneurship. The pandemic, the war in Ukraine, and inflation are throwing us back,” says Robles.

Electricity supply and financial activities were the ones that suffered the greatest year-on-year drop in terms of entrepreneurship (28.79% and 28.19%, respectively). On the other hand, the sectors where the most new businesses arise, although at a slower pace compared to last month, are leisure (20.2%) and administrative activities (17.49%). “Large investments in hospitality are not required. And neither a specific formation. You don’t have to register anywhere to open a bar. It is a professional opportunity in the absence of others”, he concludes.

Biden will stop applying the 'Stay in Mexico' program for immigration