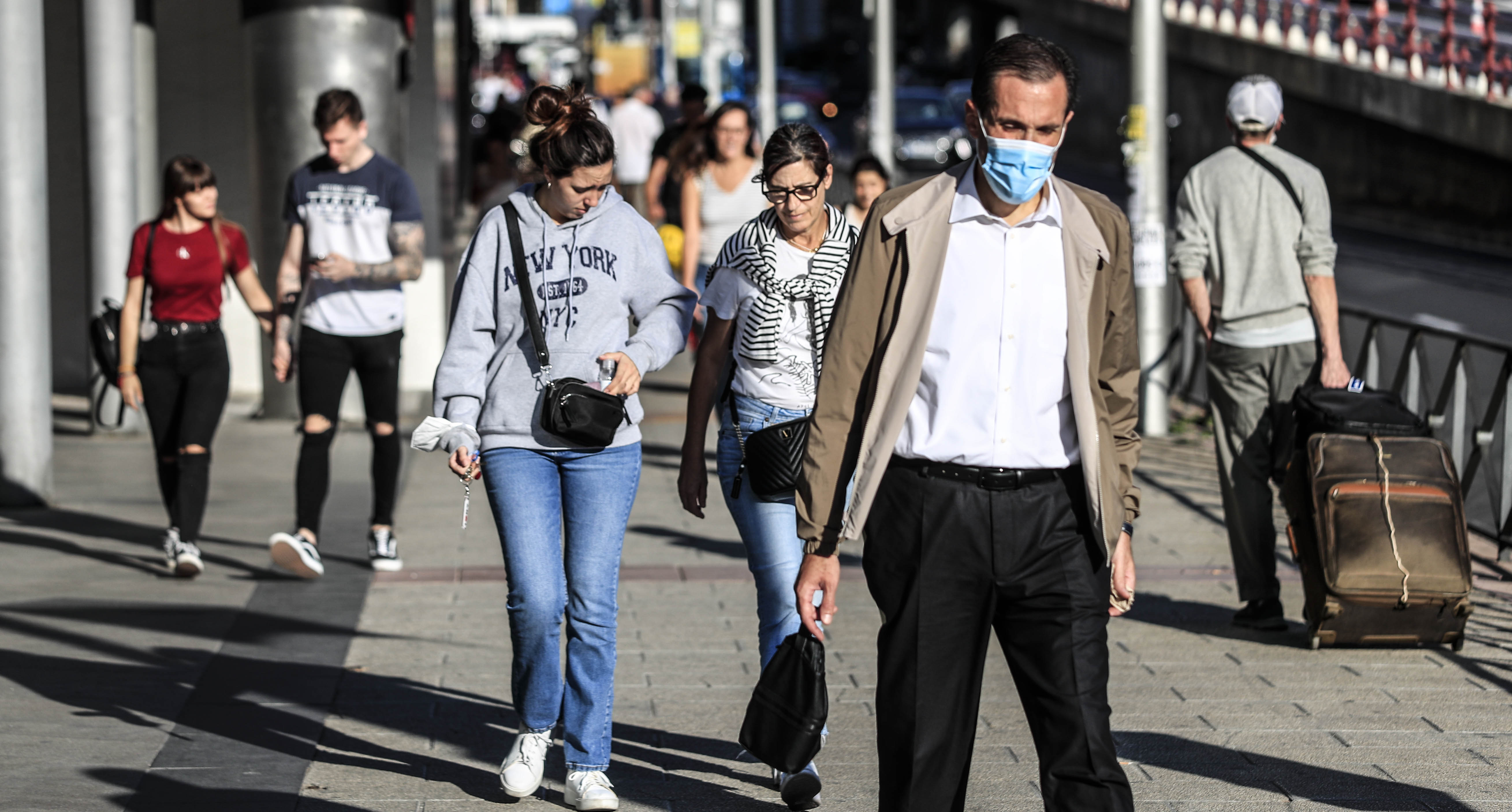 John M. Barry, historian and author of one of the reference works on the 1918 flu, says that the end of a pandemic has nothing to do with science: it ends when people stop paying attention to it. From that point of view, if it hasn’t finished in Spain yet, it doesn’t seem to have much left. But covid has not gone away, nor will it in the near future: the virus continues to spread and experts expect a new wave before winter. A different question is whether its intensity and seriousness will be enough to capture citizen concern again.

In the United States, President Joe Biden has already declared the pandemic over. “We’re still working on it, but it’s over. If you look closely, no one is wearing a mask, everyone seems in good shape. I think it’s changing,” he said last week on CBS’s 60 Minutes.

And, technically, we may indeed be facing the end of the pandemic, despite the fact that covid has come “to stay”, in the words of Miguel Hernán, professor of epidemiology at Harvard University. “A possible future scenario is that the circulating virus is some subvariant of omicron in populations with a high degree of recent immunity. In this scenario, the situation in the coming months will be similar to the current one: regular vaccinations, many infections that rarely end in serious illness, long-term sequelae in a small percentage of cases… This endemic scenario can be defined as the end of the pandemic in the technical sense of the word, but not as the end of covid-19, of course”, he explains.

But there is nothing written. “Another possibility is that the next variant is more serious or circumvents already existing immunity. Although we are better prepared for this scenario than we were at the beginning of 2020, there is still work to be done”, adds Hernán.

No one knows for sure what the next epidemic wave will look like. The health authorities are confident that, regardless of the number of infections, he will not have a major hospital condition, thanks to the mixture of natural immunity and that induced by vaccines. Already the last one (the seventh), against which there were practically no restrictions, beyond the mask in means of transport and health centers, was more than manageable in the Intensive Care Units, which are one of the great thermometers to measure the repercussions on the health system of the disease.

The debate in Spain is whether to completely remove the face masks and recover the last vestiges of normality that the pandemic has taken from citizens. In the absence of the Ministry of Health deciding when to eliminate them, and with an increasingly relaxed use in places where it is still mandatory, the only safety net to face the virus is immunity: both that acquired naturally based on of infections such as that provided by vaccines.

This same Monday a new campaign begins to inject a second booster dose (which for most of those who receive it will be the fourth puncture) to the most vulnerable population: people who live in residences, health and social health personnel, as well as all those over 80 years of age, followed by septuagenarians and sixty-year-olds.

That extra dose, unlike all those that have been injected so far, is adapted to the omicron variant. They haven’t yet passed the real-world litmus test, but in trials they showed a stronger immune response than the original vaccine. According to a study on the effect of the fourth dose in Portugal during the spring (this one with old vaccines) it has been found that those over 80 years of age who received it suffered 81% fewer hospitalizations and 82% fewer deaths than those who they were not inoculated.

With that safeguard, the impact of covid will largely depend on how the virus mutates, to what extent it manages to escape new injections, either to infect more or to cause more serious illnesses. As Pedro Gullón, from the Spanish Society of Epidemiology, recalls, experience tells us that, since vaccinations began, each wave has been less lethal than the previous one, although this is not a total guarantee for the future. “There is no international data that makes us assume a huge change in this, but there will be an increase in transmission at some point, that is clear; whether it will be closer, further away, high intensity or low intensity remains to be seen,” he adds.

Right now there is no variant on the horizon that is clearly emerging as the protagonist of the next wave. “We are seeing an explosion of many different ones that accumulate mutations in specific places. We have several in our sights that seem to evade the immune system”, explains Mireia Coscollá, researcher at the Institute for Integrative Systems Biology, a mixed center of the CSIC and the University of Valencia.

This biologist draws two imminent scenarios and another three in the longer term. “One [en las próximas semanas] it is that we have higher incidences than in summer, but that they are not very high and that there is not too extensive transmission due to the immunity that exists; the other is that it would increase considerably and that we would have very high transmission rates, with large percentages of the population taking casualties, getting sick, although it is not expected that there will be a great impact on the health system because immunity is much greater”. Which of the two paths the virus follows depends on its evolution, but also, Coscollá insists, on the behavior of citizens: “From social interactions and the ventilation of closed spaces, in which it does not seem that we have advanced much.”

If you extend the time horizon, when covid is definitely no longer considered a pandemic, the biologist believes that there are three possibilities: “The first is that it becomes a catarrhal-type virus, which does not worry us too much; the second, that it continues with us like the flu, which does concern us; and the third is that it remains like other types of viruses, which concern us in a certain population. It happens with the syncytial, which can be very serious in neonates, but in older people it does nothing. The covid could remain a pathogen that affects the very elderly or immunosuppressed and that is of concern above all in hospital settings, for the elderly, residences…”.

Whether it is called a pandemic or not, covid continues to kill. It is difficult to refine how many deaths it produces, since it is a statistic that accumulates delays, impossible to know in real time. If we look back two weeks, when the data is beginning to be more reliable (although not completely settled), it is found that deaths continue to exceed twenty a day, in a downward trend that, at a certain time distance, follows in the wake of the drop in infections that began in July and is now stagnant.

So far this year, 24,604 deaths have been added to the statistics of the Ministry of Health. These are increasingly older and more vulnerable people, who very often do not even go to the ICU because they are too fragile. If the covid were confirmed as the main responsible for these deaths, it would be one of the main causes of death in the country. But it is not clear how many people died from covid and how many received a diagnosis, but actually died from other pathologies.

Some experts, such as Óscar Zurriaga, vice president of the Spanish Society of Epidemiology, point out that if it were not for the coronavirus, many of these people would perhaps die from pathogens that are not monitored: “Covid may have somehow replaced other microorganisms that were previously the ones that caused this decompensation. Many people over the age of 90 and 100 are dying in whom they are looking for covid, when perhaps they were not tested before.”

It is something that the INE cause of death studies should reveal, but they will not arrive until the middle of next year. Another benchmark is excess mortality, an indicator that measures the number of deaths over that expected for a given time of year. But this summer they have presented anomalously high figures, probably caused largely by heat waves, although all the causes are not yet clear. This makes it difficult to measure the extent to which covid is producing many more deaths than expected.

Operation save the yen