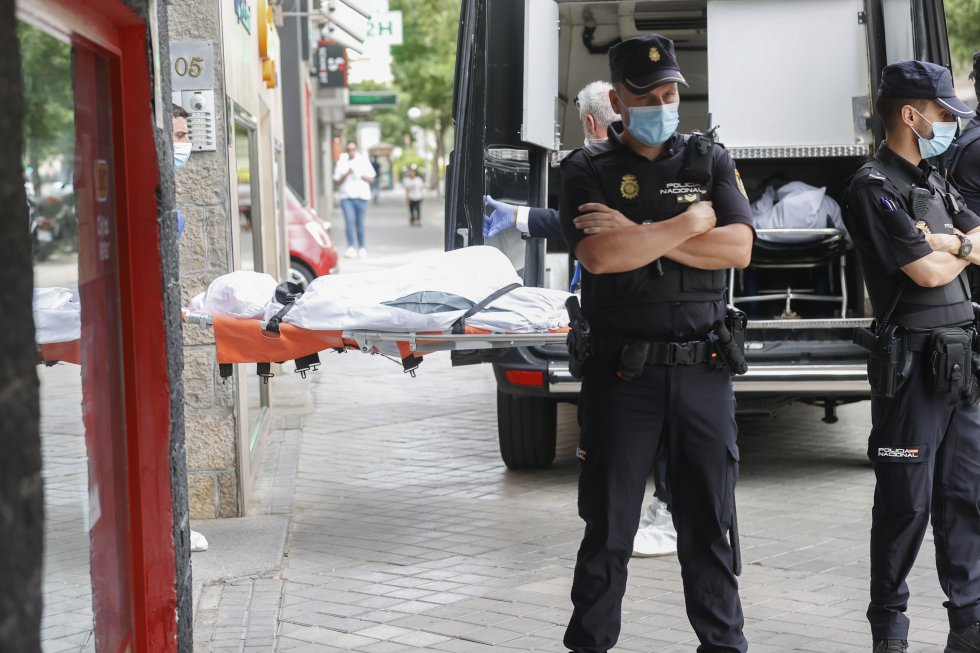 The fight began on Sunday night. “Around 11:00 p.m. the noises began,” according to what the neighbors told the police. “Usual blows and shouts” on that first floor of 205 Calle de Serrano in Madrid. But around one in the morning they perceived “three dry sounds”. Fernando González de Castejón, 53, Count of Atarés and Marquis of Perijáa, presumably took his Luger pistol, an emblematic German weapon from World War II for which he did not have a license, and shot his wife twice at close range. 44 years old and a friend who accompanied her (70), and then she shot herself in the mouth. According to research sources, the couple was in the process of separating, but that day the woman had packed her bags and she was about to leave him. Once again, the moment of greatest risk is when she decides to end the relationship.

The body of his wife, shot in the face, was found on Monday morning in the kitchen of the house, after the doorman of the farm saw the body through the window and alerted the police. The investigators believe that González de Castejón later went to the living room, where her friend was, who “spent time in the house”, and shot her in the head. Immediately afterwards, the count shot himself and fell collapsed on the woman, leaving the weapon at her feet, according to sources of the investigation described at the scene of the crime.

The agents suspect that the friend was accompanying his wife, fearful of her husband’s violent reactions. Not surprisingly, the police had already acted ex officio on one occasion, in 2018, due to González de Castejón’s mistreatment of his wife, who did not belong to the aristocratic circle. She subsequently withdrew the complaint and returned to live with him.

The couple’s daughter, only ten years old, was returning the same day as the events from Paris, where she had gone to spend a few days with a friend and her parents, according to the same sources. The minor is now in the custody of a relative.

The violent and impulsive character of “the count”, as he was called in the neighborhood, was known to all the neighbors. They had seen him shooting a target in an interior courtyard of the building, he had verbally threatened whoever had recriminated his behavior, they had heard him sing Cara al sol, or they had seen him on TV ranting against all kinds of politicians and institutions. when his funds were blocked (”740,000 euros”, he claimed) with the intervention of Banco Madrid. Investigators rule out, however, that he had financial problems.

Neither his aggressiveness nor the complaints that his sister and mother filed against him in 2009 for ill-treatment, and which led to a restraining order against them, were an impediment for him to have a collection of seven weapons in a showcase, “old and historical ( some muzzleloaders —loaded by the mouth of the barrel—, others from the Second World War…), possibly transmitted by relatives or friends”, the researchers suspect. In any case, “fit for use”, as evidenced by the double murder perpetrated and his subsequent suicide, but without any kind of license for any of them.