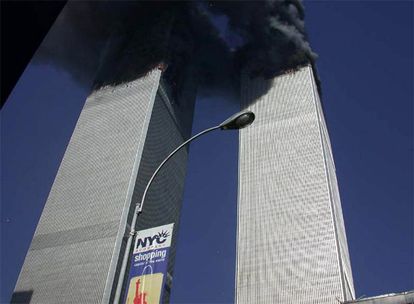 The Constitutional Court has issued a ruling by which the State will have to compensate Harid Filali, a Moroccan citizen who was imprisoned for four and a half years, spent between prisons in the United Kingdom and Spain, by order of the National High Court, as allegedly involved in the 9/11 attacks against the Twin Towers and other targets in the United States. The case initiated against Filali was dismissed and the court of guarantees has considered that as a result of the judicial error that occurred, he should be compensated for the total of 1,711 days that he was imprisoned and not only for the 300 that he spent in Spanish prisons. The importance of the resolution lies in the fact that it establishes a new doctrine on European warrants, and estimates that the Spanish justice system was also responsible for the period that Filali spent in maximum security prisons in Great Britain, accusing him of crimes of terrorism and requesting his extradition without enough motivation.

Filali was arrested in 2004 in London, where he lived with his family. The European warrant issued to the British capital accused him of being a member of the jihadist organization Al-Qaeda and of sending information about the 9/11 attacks to the head of a cell based in Spain. The European arrest warrant issued by the Investigating Court Number 5 of the National Court was based on the telephone conversations that Hilali would have had with the imam Edwin Barakat, alias Abu Dahdah. The detainee was extradited to Spain, but was released when his case was dismissed. Shortly after, he filed a lawsuit for the judicial error committed, and the High Court awarded him compensation of 2,000 euros for the 300 days that he was imprisoned in Spain.

The lawsuit alleged the violation of the right to effective judicial protection, in this case due to the violation of the right to obtain a well-founded judicial resolution, since the arguments that defended the reasons why the National Court —first— and the Supreme Court — later—he was denied any compensation for time spent in British prisons. The resolutions of both instances that have now been annulled considered that the execution of the European order remained in the hands of the British courts and its effects were not directly attributable to the Spanish, even if they had issued it. It was also argued that the delay was due to Hilali filing various appeals with the British courts in order to prevent the execution of the order.

The ruling that grants protection to Hilali —of which magistrate Ricardo Enríquez has been a rapporteur— does not set the amount with which he must be compensated, it only says that he has the right to be compensated for all the time he was in prison, and leaves the calculation in the hands of the National High Court. In parallel, although the ruling highlights the error incurred by the Court itself —from which the compensatory obligation of the State derives—, it also constitutes a defense of the value of the European orders and their mandatory compliance, by saving British justice from any responsibility for having carried out what the Spanish courts asked of him. The Constitutional Court says in this sense that “the issuing judicial body (the National High Court) cannot disassociate itself from the effects caused by the execution of the order, even if it corresponds to the courts of the other country”, in this case the United Kingdom.

Hari Filali had claimed compensation of 1.8 million euros, announcing that, if his appeal was unsuccessful, he would go to the European Court of Human Rights (ECHR). Although the Constitutional Court has granted protection, it is possible that the case will end in Strasbourg, because it is more than unlikely that the National High Court will grant compensation as requested. For now, what Harid Filali has achieved is that the previous resolutions that only recognized his right to be compensated for his 300 days in prison in Spain are rendered ineffective. What the Constitutional Court orders is that the National High Court “resolve the appellant’s claim, assessing the time spent in prison as a non-decomposable whole.” When he filed the lawsuit, Filali told the British press: “My life has been ruined. My wife and I have suffered a lot. No amount of money can give me my life back, but I don’t want something like this to happen again to anyone, wherever they come from.”

A neighbor affected by the floods in Murcia: "My house turned into a river in a matter of minutes"