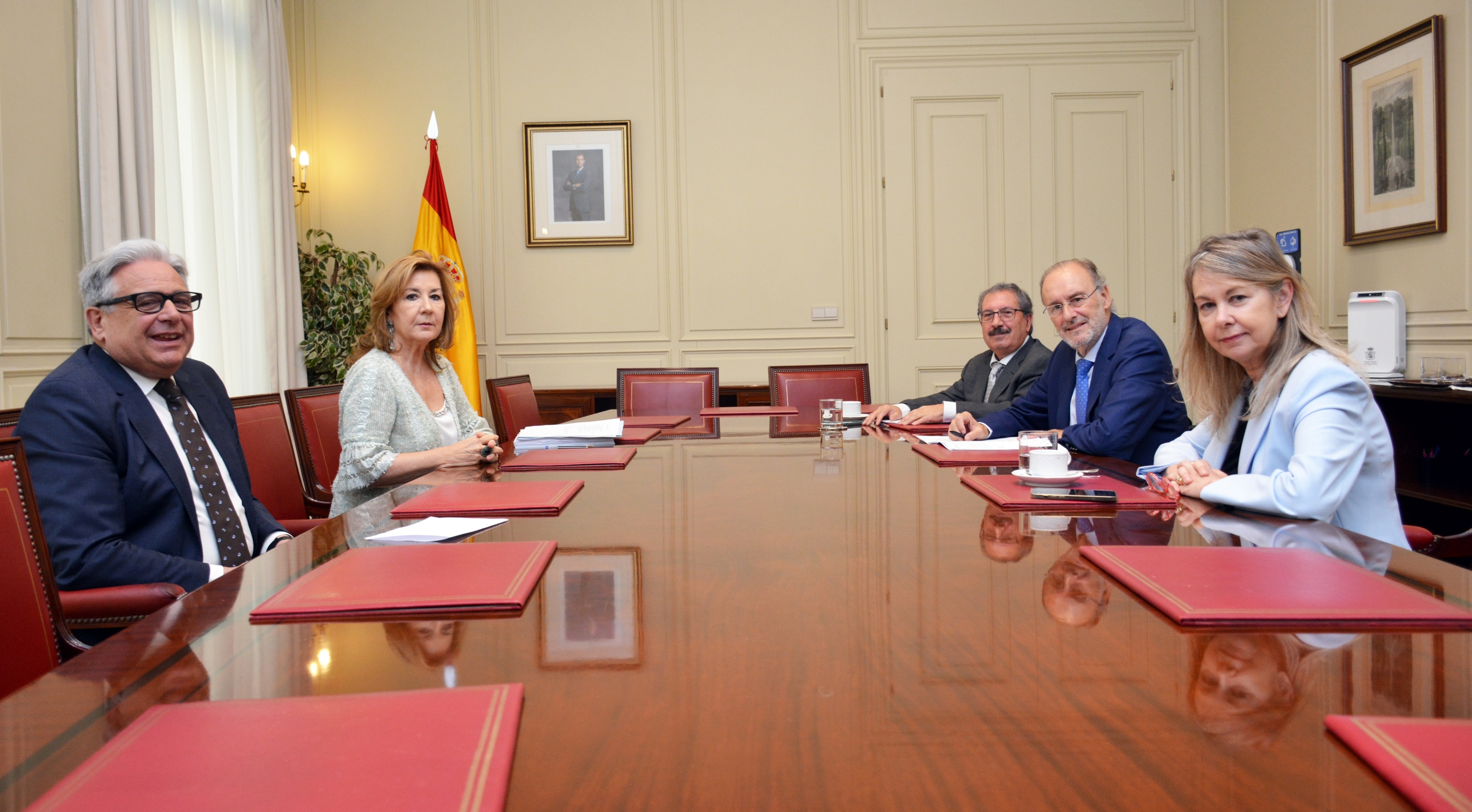 The conservatives impose their rhythm and there will be no agreement from the General Council of the Judiciary (CGPJ) to renew the Constitutional Court until, at least, the end of the month. This is the latest maneuver to delay the appointment by the conservative sector, which in the meeting held this Wednesday with the progressives has announced that their group will not meet again until Wednesday, September 28, one day before the next ordinary plenary session of the CGPJ and the visit of the European Commissioner for Justice, Didier Reynders, who plans to meet with the Government, the opposition and the President of the Council, Carlos Lesmes. The directors proposed by the PP allege that the appointments require that “the principle of efficiency and not that of urgency” govern. Given their refusal to accelerate the negotiation, the progressives have warned that they are not responsible for the delay in the appointment of the two Constitutional magistrates, which by law had to have been made before September 13.

The visit of commissioner Reynders, announced last week, had become in recent days one of the excuses that some conservative members alleged to refuse to agree before that date the two pending appointments. Until now, however, only some alluded to that possibility, while other members of this group were in favor of advancing in the talks and, if possible, reaching the ordinary plenary session on September 29 with the appointments made. But the confirmation that the members proposed by the PP will not meet again until the 28th marks a new victory for the toughest wing of this sector, opposed to these appointments from the start because they reject the legal reform that has given the Council back the powers to appoint the magistrates of the Constitutional Court, but maintains the veto to appoint those of the Supreme Court (which has 14 vacancies out of a total of 79 seats).

In a brief note released after the meeting, the Conservatives do not justify the delay of their next meeting nor do they allude to Reynders’ visit or to the plenary session of the Council on the 29th. They limit themselves to explaining that they have communicated to the other ideological bloc that their group does not it will meet again until the 28th. And they warn: “We have shown that the relevance of these appointments requires that the principle of efficiency and not that of urgency govern.” The law that entrusted them with the appointment of two Constitutional magistrates before September 13 was approved at the beginning of July, but a majority group of conservative members, contrary to this rule, threatened during the summer to breach it, and it was not until September when they have agreed to negotiate.

Given this position, the progressives, in favor of agreeing on the appointments as soon as possible, have warned that they are not responsible for the consequences of the delay in the appointments that the law forced them to make before September 13. The members of this sector have issued a statement in which they affirm that “a difference in terms of time” has been verified. “For our part, we have reiterated our desire to reach said agreement in the shortest possible time and always before the plenary session called for September 29,” they explain. And they add: “However, once again, our interlocutors have told us that as of today they are not in a position to present candidates; and that they do not consider that the designation should take place in the plenary session on the 29th. Likewise, it has not been possible to set a date for a new meeting before the 29th.”

Despite the evidence that the Conservatives are delaying the agreement and have decided to prevent any possibility of an agreement before the end of the month, the members of this sector present at the meeting (José Antonio Ballestero and Carmen Llombart) have expressed their “firm” commitment ” with the law that requires them to appoint two magistrates of the court of guarantees. They have not publicly explained why they are postponing the appointment, but members of this bloc maintain that it is better not to do so until the visit of the European Commissioner takes place, in case this contributes to unclogging the renewal of the Council, pending since December 2018. the reasons for delaying the appointment of the Constitutional magistrates, the hardest core of the conservatives has advocated that the negotiation to appoint these two magistrates be done “in parallel” to the negotiation of PP and PSOE to unblock the CGPJ, for what they maintain is that it is convenient to wait for the visit of the European commissioner.

At Wednesday’s meeting there was a list of candidates on the table for the first time. All of them have been contributed by the progressive sector, which in an attempt to put the talks on track towards the debate on names, has compiled the candidacies of related Supreme Court justices, but also that of the rest of the high court judges of different tendencies that have been addressed to this group or to Lesmes to run for the Constitutional. Among them, there are at least two judges with a long career and a clear conservative tendency: Rafael Fernández Valverde (magistrate and member of the Council at the proposal of the PP until he retired last March) and Inés Huerta (from the Contentious-Administrative Chamber) . The latter was not on the list of nine names sent last week by the progressives to the rest of the body, but according to sources in this sector, she herself has sent her resume this week to all the members so that they take it into account in the negotiation.

The Conservatives, however, insist that they have not received “within the group” any official or unofficial candidacy, and that there has only been a “brief, informal and initial contact maintained by a single person with a member in title individual”. The members of this block also warn that they do not feel linked by any of the names that the progressives have brought to the meeting, nor by other conservative magistrates who, as published by EL PAÍS, have offered to be candidates. “Only those candidates selected after analysis and deliberation by our group will be proposed as such. To this end, the group will look for those applicants who, due to their excellence, it considers suitable for such a high magistracy”, they affirm in the statement released after the meeting.

The FIA ​​sanctions Sergio Pérez, but allows him to keep his victory