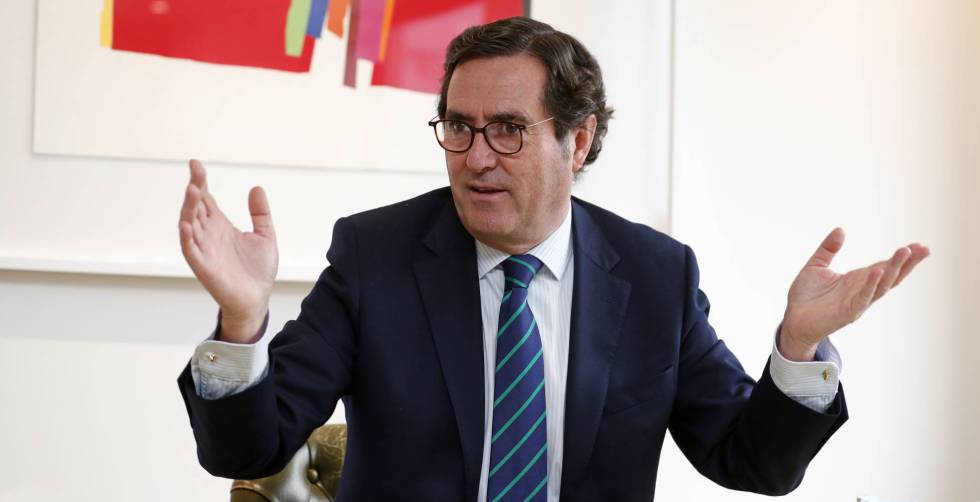 The main Spanish employers’ association holds elections on November 23. As reported by the Spanish Confederation of Business Organizations (CEOE) this Wednesday, the current president, Antonio Garamendi (Getxo, 1958), will stand for re-election “after consulting the different organizations” to “continue representing the interests of companies Spanish”. Garamendi accepted the position in 2018, taking over from Juan Rosell. In principle, it is not expected that there will be other candidates, despite some internal opposition that the Basque leader has faced during his mandate.

If there are no other candidates, the Basque leader would be elected by acclamation again, as on the previous occasion (this was not the case in 2014, when he lost to Juan Rosell by only 33 votes out of 660 cast). According to the statutes of the employer’s association, candidacies can be presented up to 15 calendar days before the elections. Thus, an alternative candidacy would have until November 8 to take the step. “The candidates for president must have the support of at least 20 vocal representatives of the new General Assembly, who, in turn, are representatives of at least four different full-right member organizations,” specify the statutes. The voter census is not yet known, since it depends on the new General Assembly, whose composition must be communicated by the current CEOE board no later than October 14.

Several organizations have already expressed their support for Garamendi for a second term as president, including Ceaje, Ganvam and ATA. The latter has 24 members with the right to vote, the fifth largest number within the organization.

These four years of Garamendi at the head of the CEOE have been marked by the agreements that the employers have reached with the Government and the unions on sensitive matters such as labor reform, pension reform, the minimum wage or ERTE. In the internal vote on the labor standard, the president of the Madrid employers’ association CEIM, Miguel Garrido, together with the president of the Catalan employers’ association, Josep Sánchez Llibre; Pedro Barato, from Asaja (agrarian employer), and José López-Tafall, from the Anfac automobile employer, abstained, expressing reluctance with the approved text. Especially critical was the president of Cepyme (Spanish Confederation of Small and Medium Enterprises), Gerardo Cuerva, who cataloged the new standard as follows: “This labor reform is a shame, it is not what Spain needs.” Despite this, his organization voted in favor of the text.

Garamendi also faced criticism when he defended pardons for imprisoned pro-independence politicians or when he expressed his approach to the government on issues such as the rider law. His support for the clemency measure for Oriol Junqueras and other politicians in prison even found political opposition. PP leaders expressed their discomfort at Garamendi’s words about Catalonia.

Beyond the labor reform, the CEOE has participated under the leadership of Garamendi in the approval of the new self-employed contribution system based on real income or the ERTE with which the impact of the pandemic on families was contained. The next big challenge facing employers is the income pact to cushion the blow of inflation. The negotiation on this matter lives a new chapter this Wednesday in the Ministry of Economy.

The Statutes of the employer association have a limit of eight years (two consecutive terms of four years) the time in which the same person can remain in the presidency of the organization, therefore, if he is re-elected and if the Statutes are not modified, it would be Garamendi’s second and final term as president.

An unreformed tax system, but with many patches

Quicksand for construction companies: this is how they negotiate contracts when they leave Spain

The crisis reaches Wall Street: heads will roll in the big banks

The preaching of the governor and the courage of Fainé